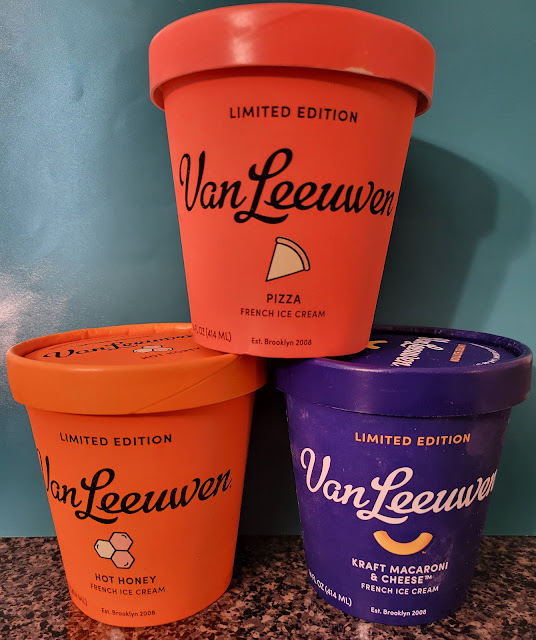 Pizza, Hot Honey and Kraft Macaroni & Cheese French Ice Cream
Van Leeuwen (2022)
The slogan that appears on every carton of Van Leeuwen, or at least every carton that I bought on my last grocery shopping trip, is: A Life Without Anything Good Is Bad.  That's a hell of a strange thing to see printed on the side of a carton of ice cream, but it's still not as strange as what's under the lid.
Pizza?!  Hot Honey?!  Kraft Macaroni & Cheese?!  Diet or no diet, there's no way that I can pass up the opportunity to try something this weird.

About ten years ago, I found an Ice Cream Pizza.  It was basically a vanilla fudge sundae on a brownie that was shaped like a small pizza.  It wasn't meant to taste like pizza, and I didn't expect for a minute that it would.  Who the hell would ever want pizza flavored ice cream?  Evidently, the answer to that question is Van Leeuwen.
Believe it or not, this is delicious!  The ice cream is thick and it has sort of a sweet cheesecake custard flavor with chunks of basil cookies that I believe are meant to simulate the crust.  The fourth ingredient is tomatoes which appear in the form of a red swirl of jam that's mixed throughout the ice cream.  There is a strong tomato flavor when you hit on a pocket of this, and it sort of tasted like sweet Spaghetti O's when I got a spoonful that was equal parts ice cream and tomato swirl.  The other ingredients include cream cheese, cheese culture and mozzarella cheese powder.  It tastes a little like the square cut pizza that we used to get from the concession stand when I played Little League when I was a kid, but if I was served a bowl of it without seeing the carton, I don't think that I would have guessed that it's supposed to be pizza flavored. 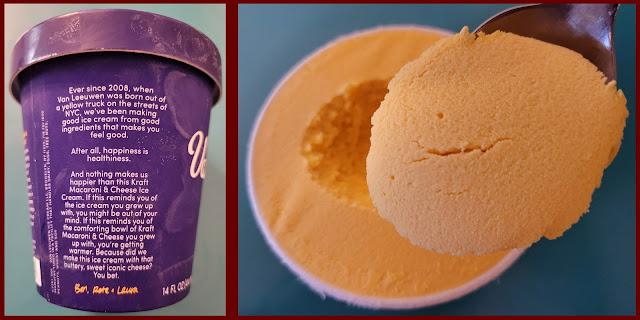 The Kraft Macaroni & Cheese ice cream doesn't have any noodles in it, but it tastes exactly like the cheese power that comes in the box.  In fact, Kraft Cheese Sauce Mix is the fifth ingredient, right behind cream, milk, cane sugar and egg yolks  It's interesting and it's worth trying for the sheer novelty of it, but I found the Pizza flavor to be much more enjoyable. 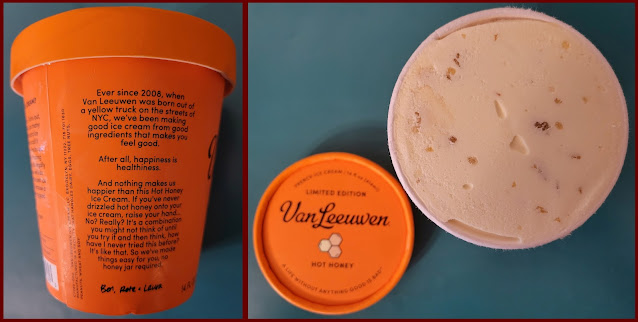 My favorite of the three that I tried was Hot Honey.  It an interesting flavor mix with honey flavored ice cream that has been mixed with chili pepper which creates a sweet flavor with a spicy aftertaste.  It may not have the same weird factor as the other two, but it's a damn fine combination.