The Time Of Destiny For Princess Zelda Is Drawing Near 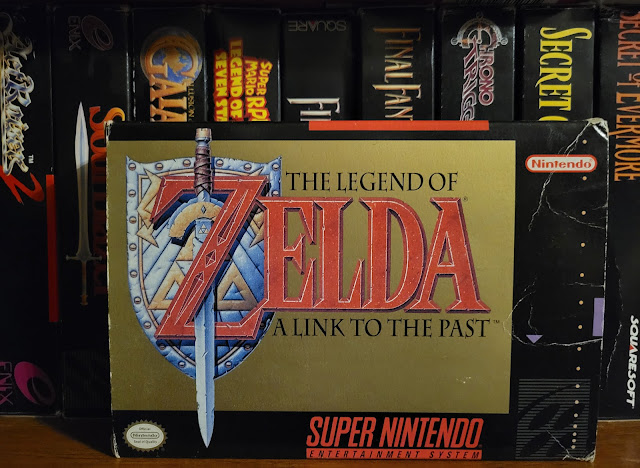 I can't remember a time when a new video game completely blew me away as much as A Link To The Past did the first time I played it in the early 90's.  The second I walked Link outside of his cottage into a thunderstorm, complete with rain and lightning, I knew that this was something special.  The graphics and sound were like nothing I had ever played on a home console before, and the adventure ahead of me was one that I have never forgotten.
A Link To The Past was a return to the overhead view and mechanics of the original game.  It also expanded on these concepts and introduced themes and techniques that would continue to be used in Zelda games for years to come, such as the hook shot, the spin attack, and the concept of switching between parallel worlds where the actions you take in one world have subtle effects on the other.  The end result is a game that was fresh and state-of-the-art while at the same time feeling familiar and comfortable to play.
There are very few video games that I would describe as perfect, but this is one of them.  If you've not played it before, it's 30th birthday would make an excellent time to start.  It is available on Switch through the Nintendo Online service.