I'll Be Stumbling Away, Slowly Learning That Life Is Okay 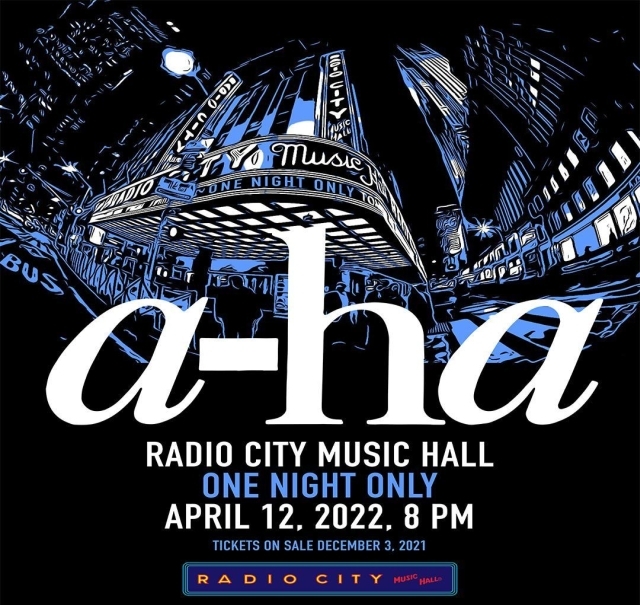 A-ha: Hunting High & Low Live
Radio City Music Hall - New York, NY
This tour began in 2019 as a celebration of the 35th anniversary of A-ha's debut album, Hunting High & Low, which was released in 1985.  It was meant to continue through 2020, but the Covid-19 pandemic led to changes in the schedule.  As a result, the band is continuing their global tour in 2022, and I am extremely happy that this tour has taken the band to the United States for the first time in over a decade. 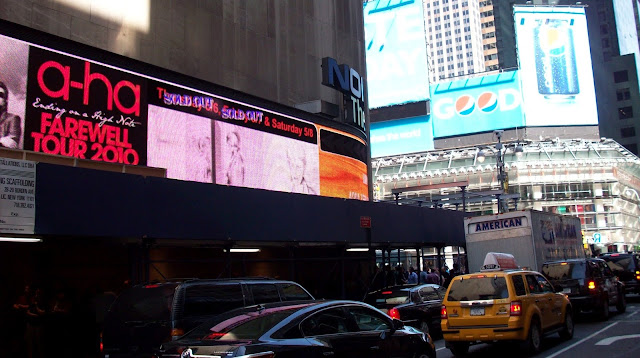 The last time that A-ha were in the United States was for the Ending On A High Note tour in 2010 when they performed in Los Angeles, Chicago and New York.  We saw them at the Nokia Theater on May 6th during that tour, and it was an incredible show. 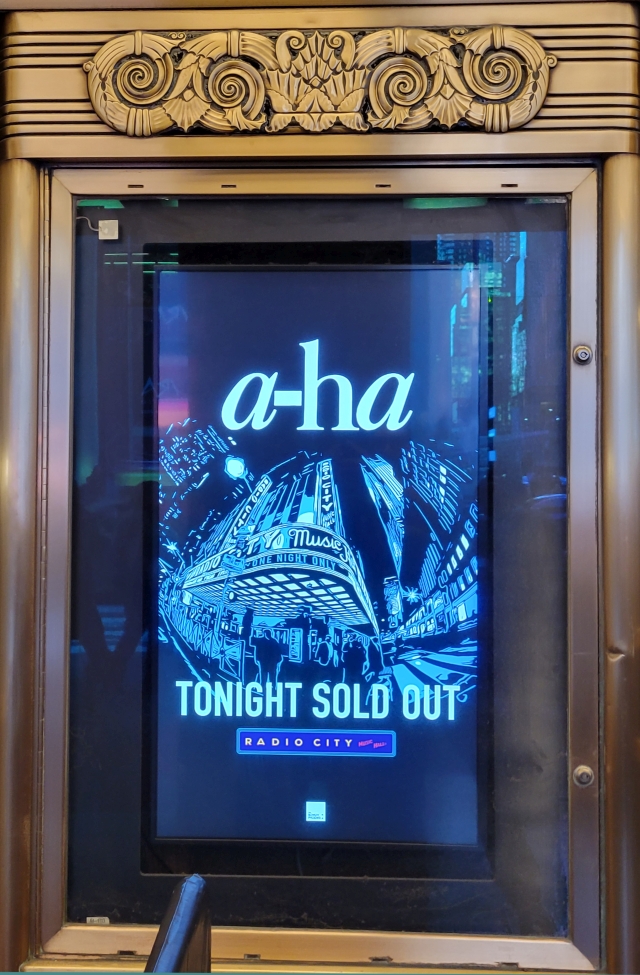 Prior to the show on Tuesday night, A-ha performed three nights at The Wiltern in Los Angeles.  However, their trip to New York was one night only at the historic Radio City Music Hall.  They haven't performed here since 1986 when they were still touring for the release of their debut album, Hunting High & Low. 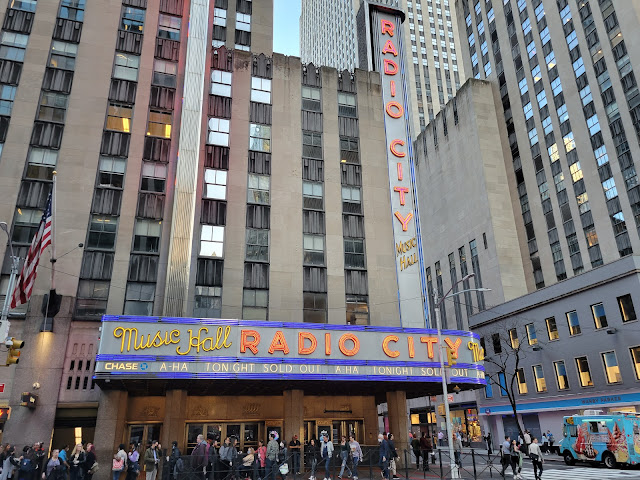 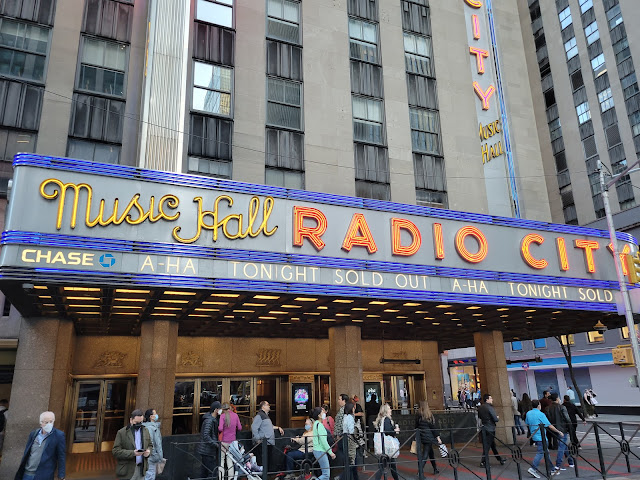 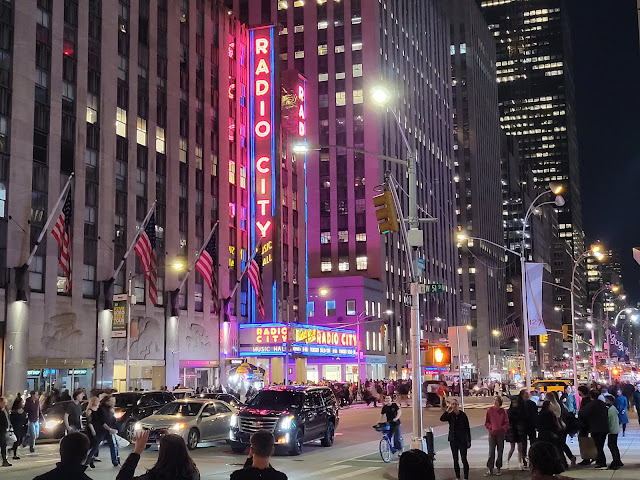 I've stood outside and walked past Radio City Music Hall just about every time I've been to the city, but this is the first opportunity I've ever had to go inside or to see a show here.  Now that I've been inside, there is no way I could overstate how beautiful this building is. 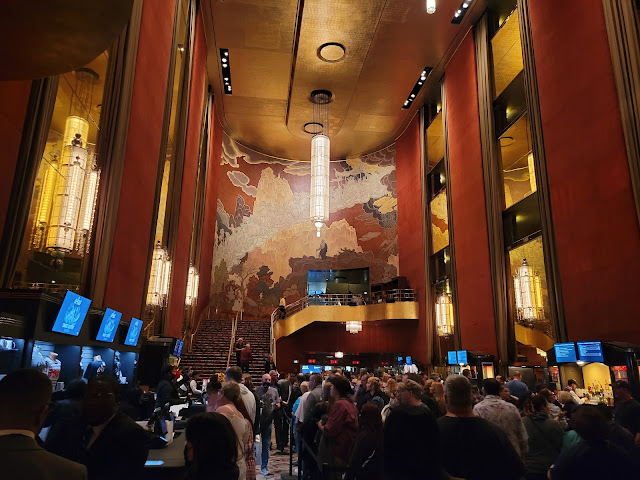 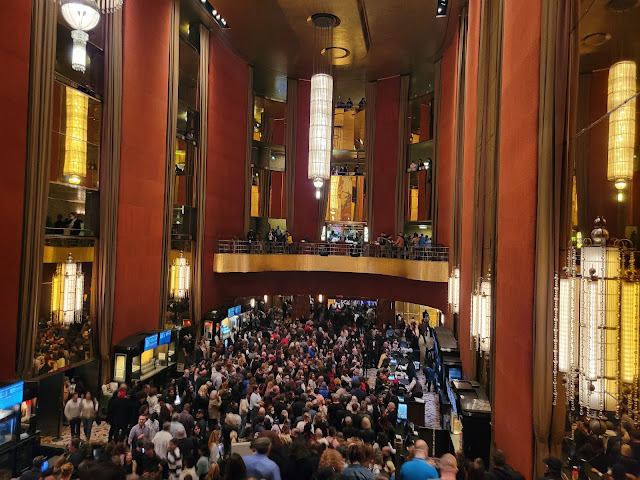 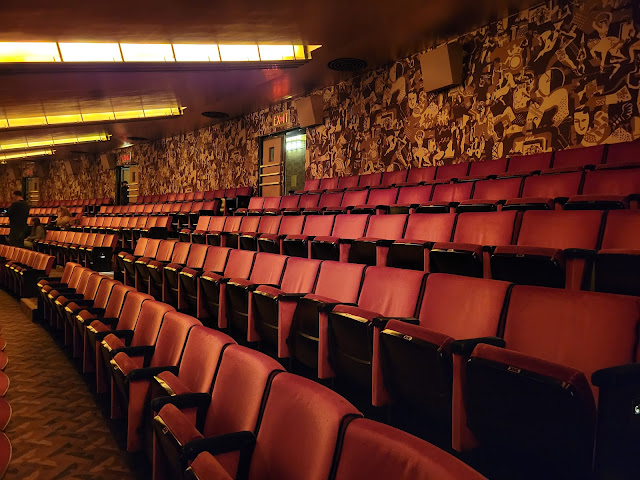 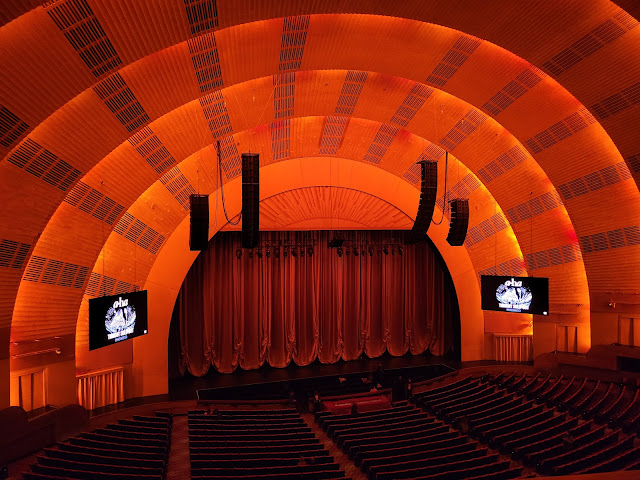 Radio City Music Hall is an absolutely gorgeous art deco venue that was built in the 1930's, and it feels like they've gone through a lot of effort to keep the decor and charm of the building intact.  I would be thrilled to have the opportunity to spend a few hours to explore and take photos.  According to their website, they do offer a guided tour, but it's only available to groups at this time. 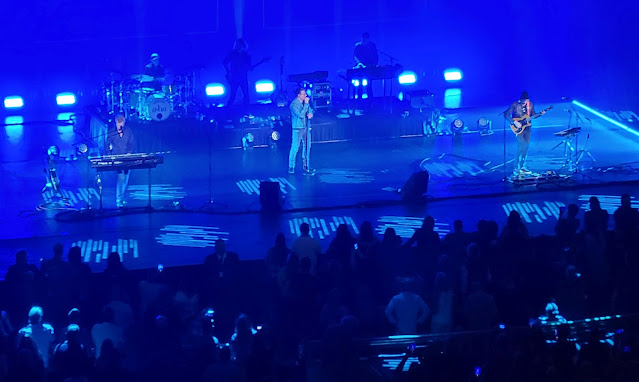 The concert itself was as incredible as the venue it was held in - maybe even better than the one that we saw in 2010.  For the second half of the show, A-ha played the Hunting High & Low album in its entirety, although in a different order than the songs appear on the record so that the show could close with Take On Me.  I have listened to this record literally thousands of times in the 37 years since it was released.  I listened to the record when I was five years old and laying on the floor with coloring books.  I listened to it on mixtapes that I made for my car when I was a teenager.  I listened to it on CD and on my iPod throughout college and in my 20's and 30's.  I've streamed it.  I know every word of every song by heart, and I shamelessly sing along at the top of my lungs when I'm by myself in the car (I would never subject anyone's ears to my voice trying to hit those high notes).
In addition to the Hunting High & Low album that was played in, the band played a selection from three of their earlier albums.  These including Scoundrel Days and I've Been Losing You off of their second album, Scoundrel Days, their 1987 007 theme The Living Daylights, which appears on their third album, Stay On These Roads, and Sycamore Leaves and Crying In The Rain from their fourth album, East Of The Sun, West Of The Moon.  They also played two new songs that will appear on their upcoming album, True North, which is scheduled to be released this fall.  Those songs are called Forest For The Trees and You Have What It Takes, both of which were fantastic!
I would have loved to hear them play Manhattan Skyline in New York City, or one of my all-time favorite A-ha songs, Soft Rains Of April, but it was still an incredible show that did not disappoint.  Here is the setlist from the night: 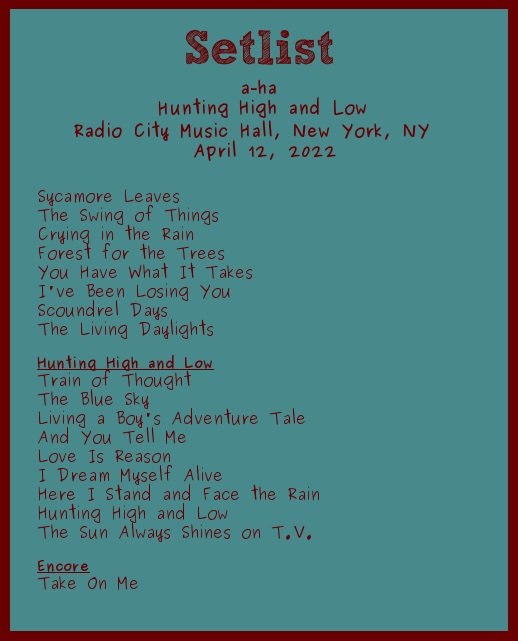 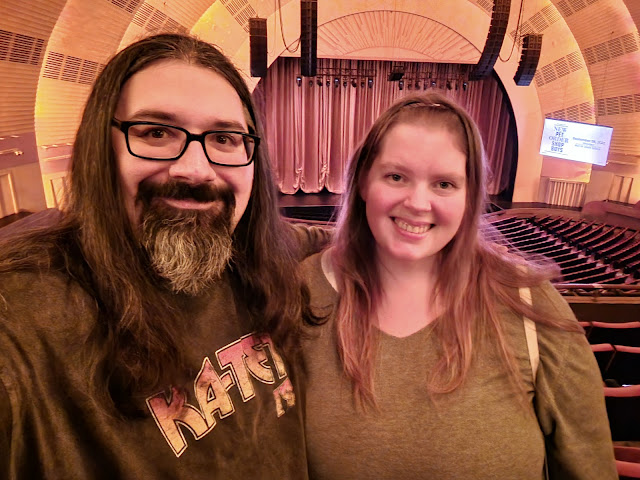 The best part of the show is that I was able to enjoy it with my incredible wife.  I'm not an easy person to understand a lot of the time, but she gets me in a way that no one else ever has.  Since we first met back in 2002, she has stood by my side through thick and thin.  When we first started dating back in 2006, we adopted Take On Me as "our song", and I am both honored and privileged to have had the chance to share a moment with her where we listened to A-ha play our song.  When the thunderstorms roll into my mind, it's memories like this that help to keep me grounded and to get through the storm, confident in the knowledge that it will pass and that she will be there.