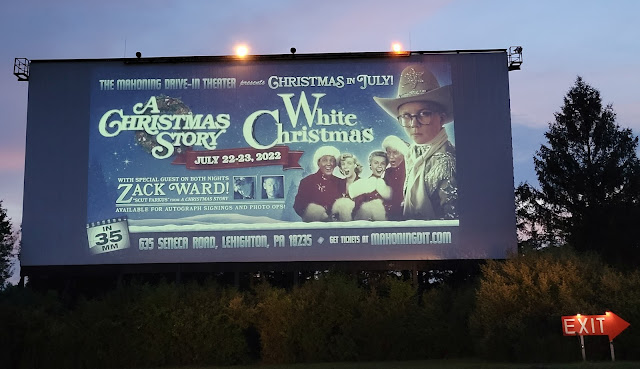 Christmas In July: A Christmas Story (1983) / White Christmas (1954)
Mahoning Drive-In Theater - Lehighton, PA
This was an especially meaningful night at the drive-in.  A Christmas Story is a movie that will always hold a special place in my heart.  I've watched it during the holiday season with my family for as long as I can remember.  It brings back memories of the days before my grandparents passed away, when we'd all get together for the holidays.  We usually watched A Christmas Story during the day on Christmas Eve, so the house would be filled with presents and the table would be all set for dinner.  When I watch it these days, there are moments when I could swear that I hear my grandfather laughing. 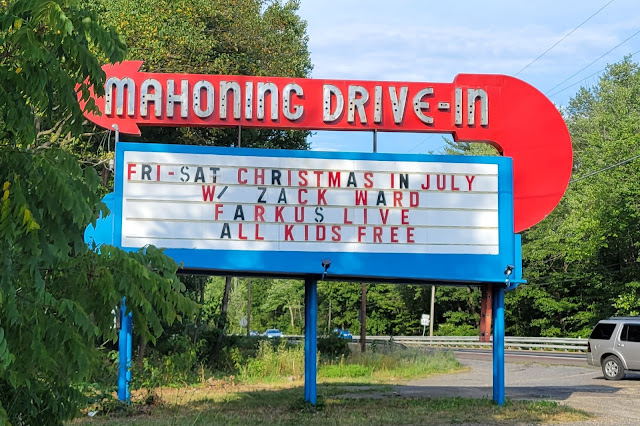 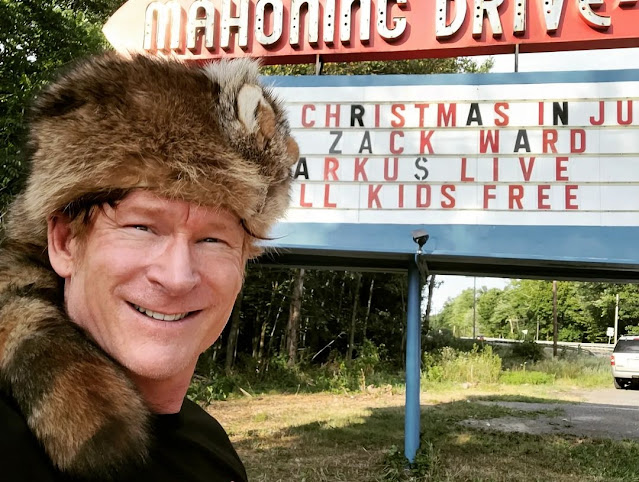 This year's Christmas In July at the Mahoning had a very cool special guest: Zack Ward.  He was Scut Farkus, the bully in the coonskin cap who chases Ralphie and his friends home from school every day. 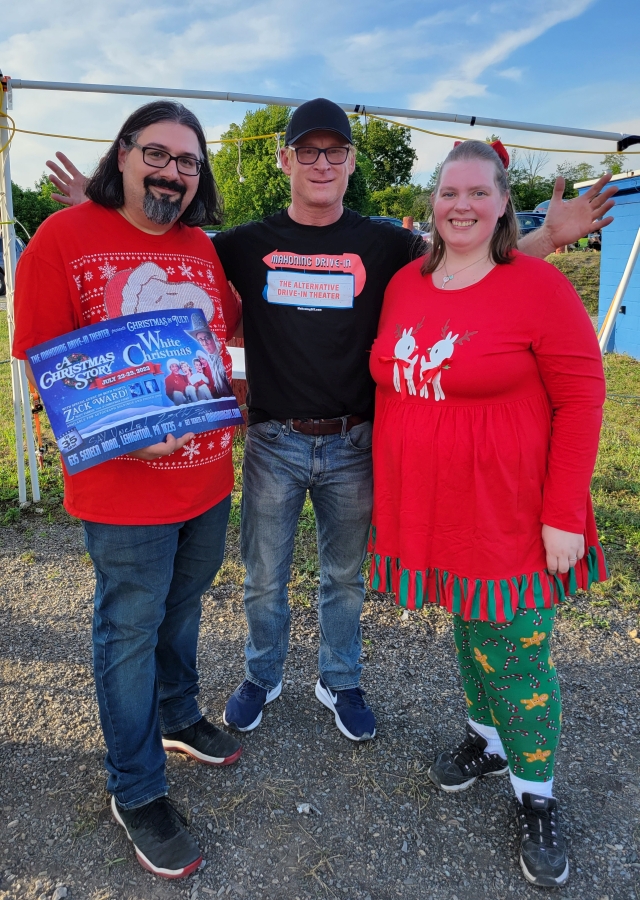 Mr. Ward was a hell of a nice guy.  I didn't realize this until this weekend, but he also has roles in Almost Famous, Freddy vs Jason, Resident Evil: Apocalypse and Transformers.  He signed out show poster and took a photo with us outside on the lot.  There was also a replica of the living room from A Christmas Story where he was taking photos with fans, which is how this happened...

This is the idea that immediately came to mind when I first learned that Scut Farkus would be at the drive-in.  I'm going to have to turn this into a Christmas card! 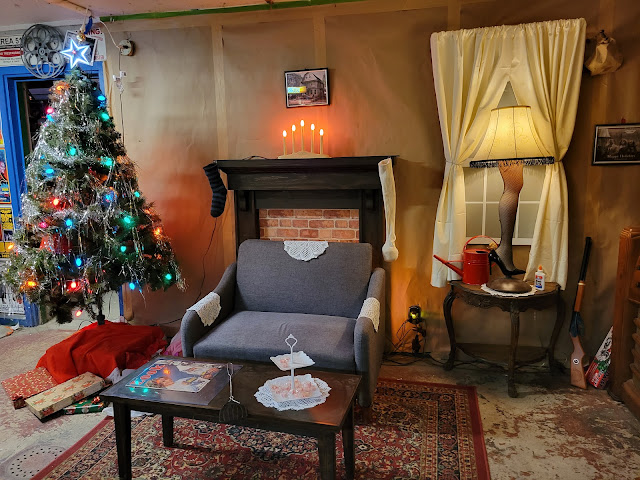 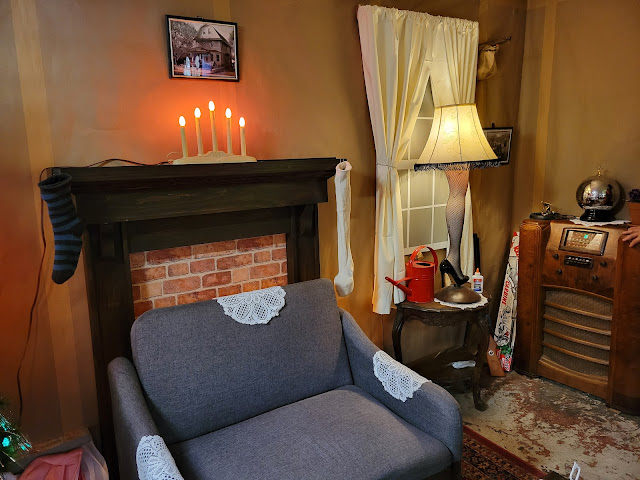 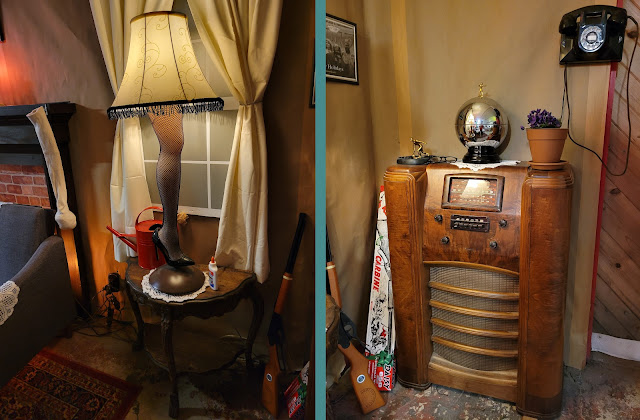 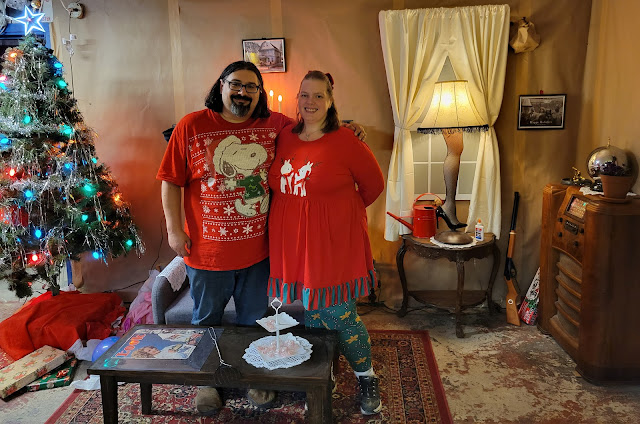 The living room set was put together by John and Cindy Demmer.  They often put together incredible scenes for photo ops at the Mahoning, but they really outdid themselves this time. 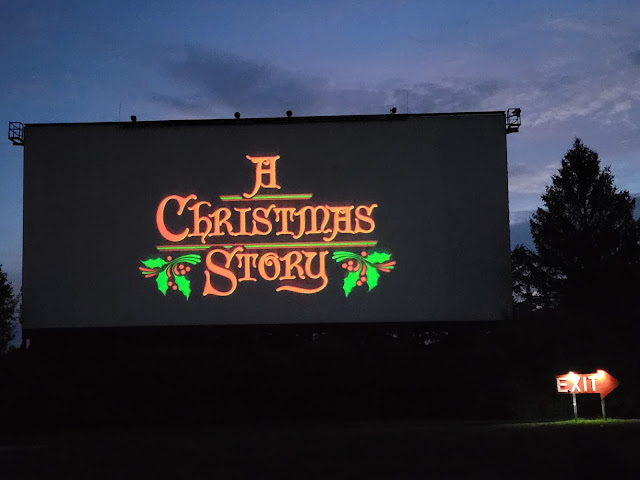 The first movie of last night's double feature is more than just a movie.  A Christmas Story has become something closer to a national treasure.  Since it premiered nearly 40 years ago, it has become a part of family celebrations for literally millions of people, and I expect this will continue for as long as there are still people who watch movies and celebrate the holiday season. 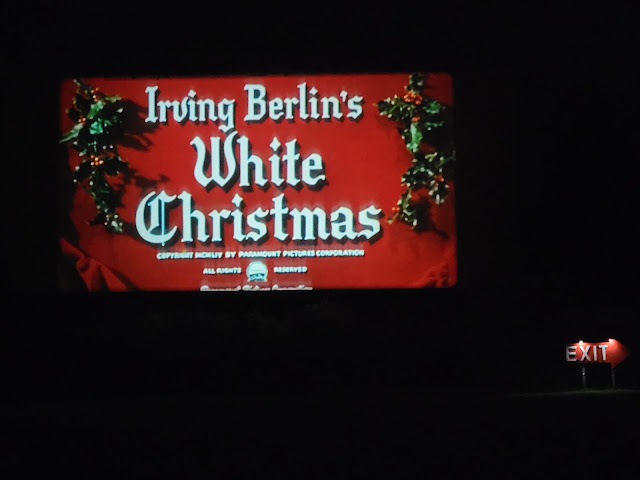 The second half of the double feature was my wife's favorite holiday movie of all time: the 1954 classic White Christmas.  For most of my life, the only thing I knew about this movie is the reference to it made in National Lampoon's Christmas Vacation, when Clark rants that he and his family will have "the hap-hap-happiest Christmas since Bing Crosby tapdanced with Danny f'n Kaye".  I didn't see it until Angie introduced it to me, after which is has quickly become one of my favorites as well.  It's a very charming and heartwarming film that is easy to get lost in. 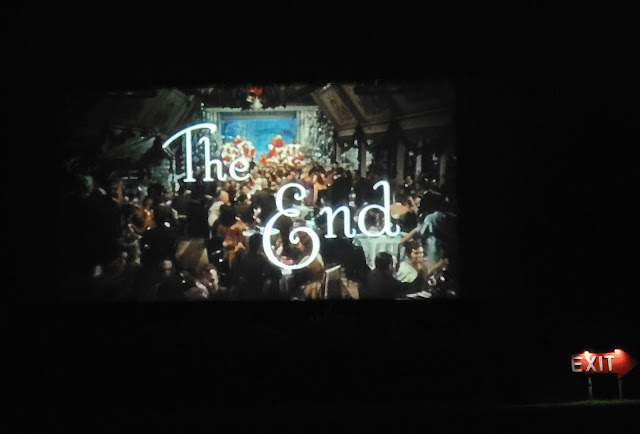 Another incredible night of movies on 35mm under the stars at the Mahoning is in the books.  It's been an amazing year so far.  We're getting close to the halfway point of the season if we're not there already, but there's so much more to go!