Catching Simplex At The Drive-In 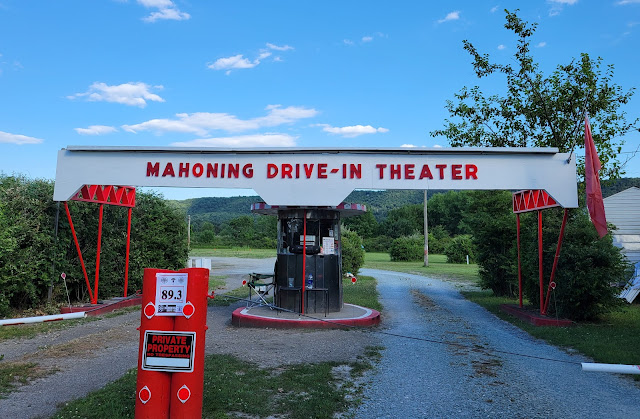 July 2022 Simplex Members-Only 35mm Screening
Mahoning Drive-In Theater - Lehighton, PA
As much as I love the Mahoning Drive-In Theater, I was reluctant to sign up for a Patreon membership.  My hesitation had nothing to do with the theater or the benefits that they offer to members.  It's just that with all of the various streaming video, music and video game services, and spam from ridiculous companies like Dollar Shave Club, I had gotten to the point of subscription fatigue.  A few years ago, I cut back on the number of monthly subscriptions I had, and I decided that I'd hold off on any new products or services that had a monthly subscription fee attached to them.
After a few months of debating with myself about it, I took the plunge earlier this month to become a Simplex Member at the Mahoning Drive-In Theater, and I'm very glad that I did. 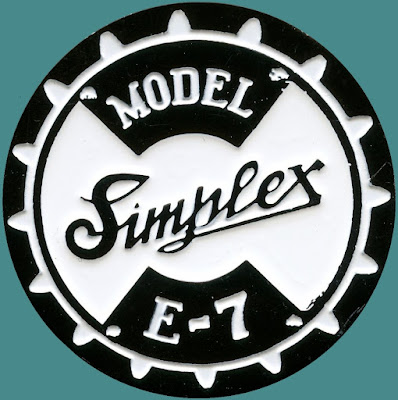 The Simplex Membership is named after the twin Simplex E-7 projectors that have been in continuous operation at the Mahoning Drive-In Theater since they opened in 1949.  Membership comes with quite a few perks, including early access to show information, half-priced popcorn, 10% off of the snack bar and merchandise table, and a library of photos, videos and podcasts with new material frequently added.  You also get a membership card, an enamel pin (see above), and best of all, you are invited to attend members-only film screenings.  These come in two different forms: virtual screenings, where you can stream the Mahoning Drive-In experience at home, and private screenings at the theater.  So far, I have been able to attend one of each - a virtual screening last week, and a private screening at the theater last night. 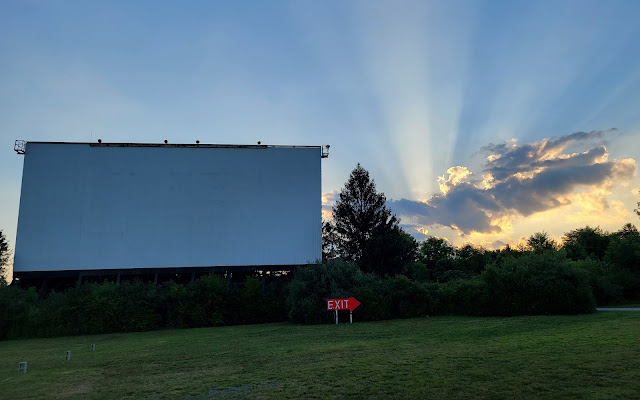 Here is where writing about my experiences at the Mahoning is going to get a little bit tricky.  The features that are shown during the members-only screenings are meant to be kept private.  The staff and the customers alike take that commitment to keeping it a secret seriously, and it's a commitment that I take seriously as well.  Therefore, I won't be mentioning any materials that are shown, or sharing any reviews or title card photos or anything like that.  In fact, I don't know what was screened in the months before I became a member, and I don't expect anyone to tell me.
I will say that if you are a fan of movies and the drive-in culture, it is absolutely worth your time to become a member.  Give it a shot for one month and see if you like it.  I'm pretty confident that it's a membership that you'll want to keep.

One thing that I can share is that attendees of a members-only screening at the Mahoning receive a free desert from Val.  Last night's treat were cookies called The Inside Dope (it's a movie reference - the cookies contain no actual dope).  They reminded me of the Cowboy Cookies that I used to love when I was in college, but Val's are a lot heartier with more goodies mixed in.  They were delicious and made a perfect snack for watching a movie under the stars. 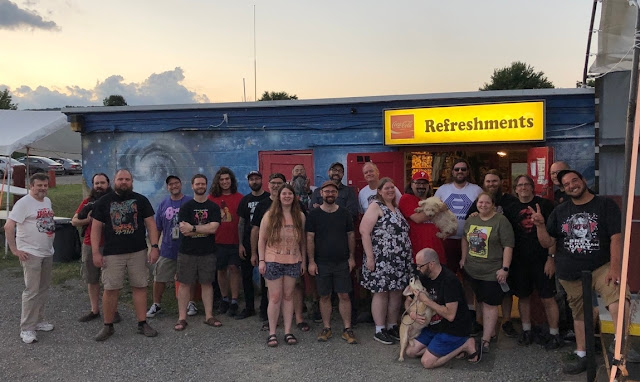 I'm already looking forward to next month's Members Only screening!