I Have No Concept Of Time Other Than It's Flying 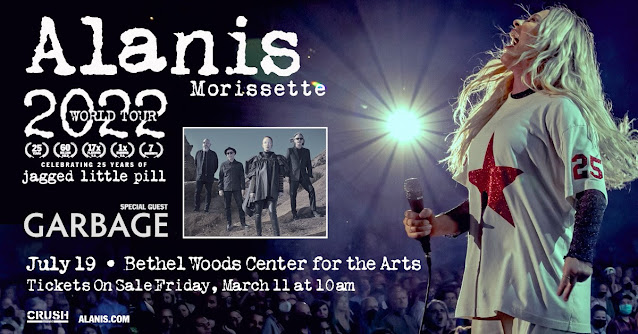 Alanis Morissette: Jagged Little Pill 25th Anniversary Tour
Bethel Woods Center For The Arts - Bethel, NY
This concert is a dream come true.  I can't begin to count the number of hours I've spent listening to Garbage and Alanis Morissette when I was in high school and in the years that followed.  I've been fortunate enough to see Garbage in concert before, but on Tuesday night, I finally was able to be in the audience for an Alanis Morissette show, and nothing I could write here will do justice to how incredible it was. 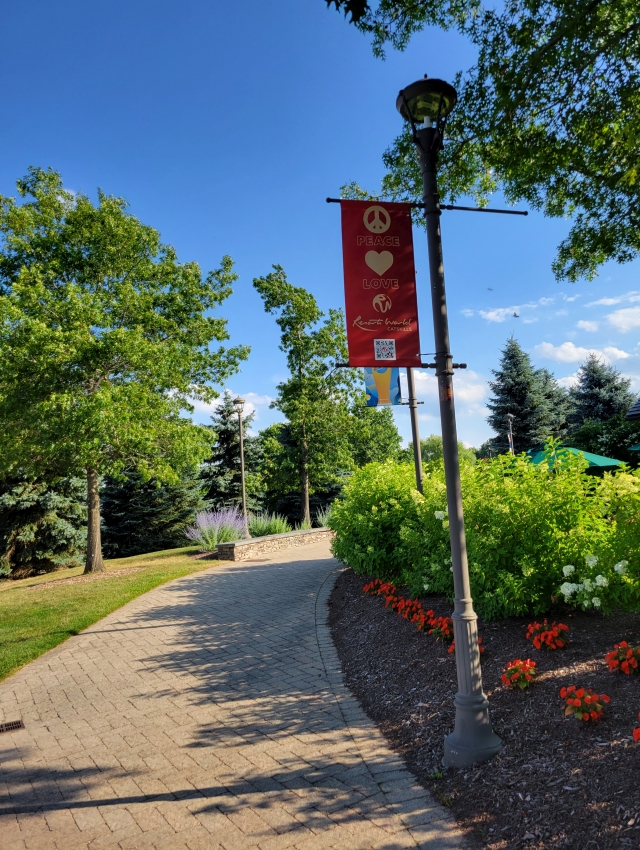 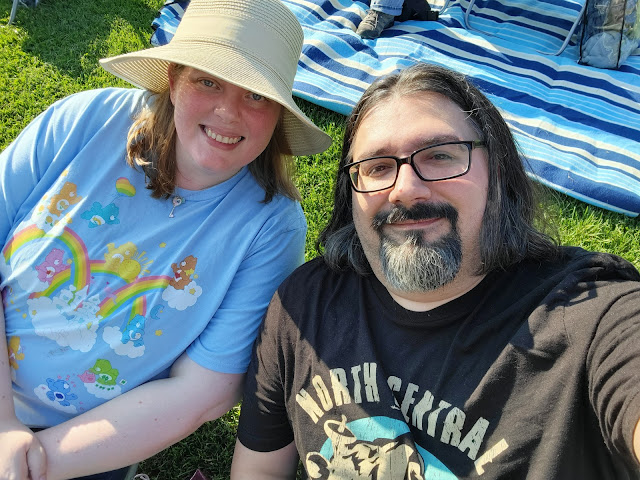 Over the years, Bethel Woods has become one of my favorite places to see a concert.  The lawn seats are very affordable and it's pretty easy to scout out a good location with a full view of the stage.  You run the risk of an uncomfortable night if it rains, but it was warm and sunny without a cloud in the sky for the whole day.
The only thing that wasn't absolutely perfect was the fact that we set up not far from a little boy who didn't seem to understand how beach balls work at a concert.  Most folks bat the beach ball up into the air, then the next person does the same thing so that the ball happily bounces around the crowd.  This boy decided that it would be more fun to spike the ball directly at the heads of his neighbors.  He didn't get either of us, but more than a few concertgoers were shocked to have been smacked in the back of the head by this young man's balls (wow... that sounds terrible out-of-context). 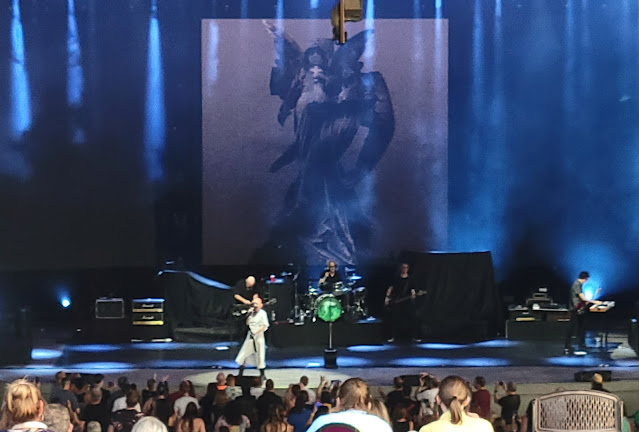 This was our third time seeing Garbage.  They opened for Blondie at a show at this venue five years ago, and they opened for Tears For Fears last month in Philly.   They performed a different setlist at each show that I've seen and it was incredible every time.  I really want to see them headline a show sometime, and I had the opportunity on my birthday this year at Wilkes-Barre, but I had tickets to a Phillies game so I couldn't make it.


In between songs, Shirley Manson spoke for a little bit about an interaction that she had with a fan the last time she played at Bethel Woods.  It was on July 29th, 2017 at the Blondie show.  We were at that show too, and while I was too far away to see what the fan was doing, I definitely remember what was said on stage.  Shirley is an absolute badass! 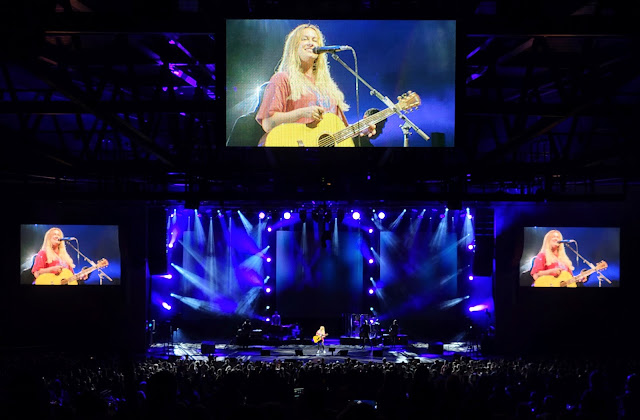 I've wanted to see Alanis Morissette in concert since I was 15 years old and her show was everything I hoped it would be and more.  She's on tour in celebration of the 25th anniversary of her breakout album, Jagged Little Pill.  The album actually came out 27 years ago in June 1995, but the tour has had a few hiccups since it began in February 2020 - right at the start of the Covid-19 Pandemic. 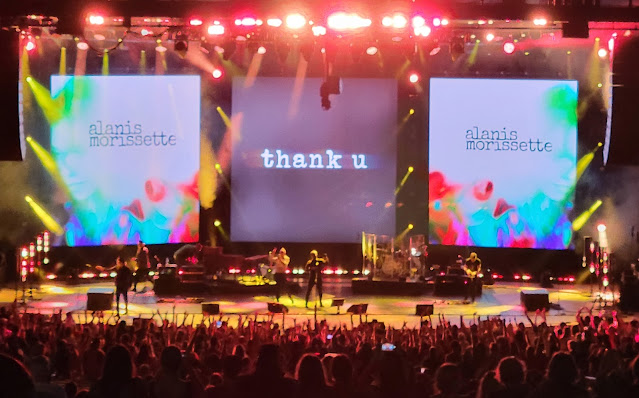 I'll write more about this show either this weekend or early next week.  It's been a busy week and I need to sleep.  For now, here are the setlists for Garbage and Alanis Morissette. 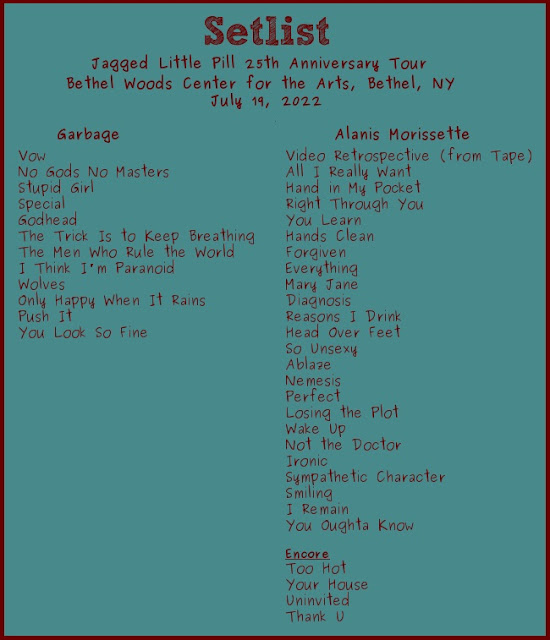 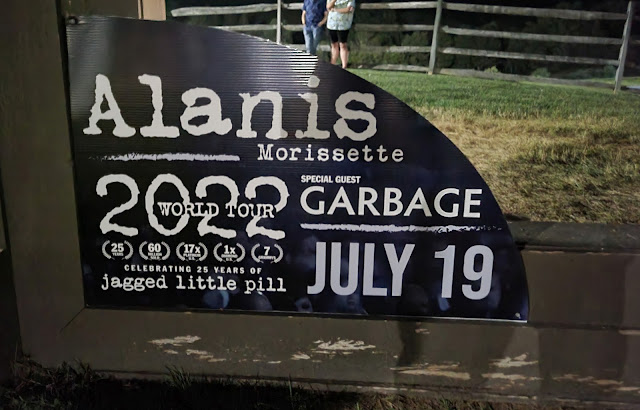