Puffin On His Pipe In His Hobbit Hole 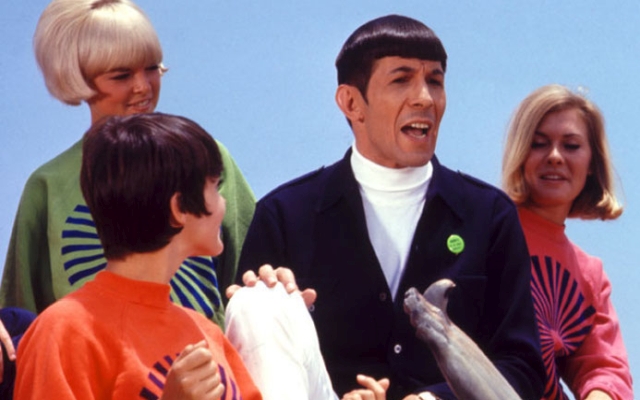 The Ballad Of Bilbo Baggins
Leonard Nimoy (1967)
A short-lived variety show called Malibu U, hosted by singer Ricky Nelson, aired on ABC during the Summer of Love.  It only lasted for seven episodes and would probably have been completely forgotten if not for the special guest that sang a few songs on the show's second episode which aired 55 years ago today.

Leonard Nimoy kept himself pretty busy with musical projects in between the first and second season of Star Trek.  He released his first album, Mr. Spock's Music From Outer Space, and followed it up with a July 28th appearance on Malibu U in which he debuted a brand new song dedicated to the hero of J. R. R. Tolkien's 1937 novel, The Hobbit.  This resulted in what is now looked upon in hindsight as one of the earliest examples of a music video.

The Ballad Of Bilbo Baggins is a song that gets stranger the more you think about it.  The Hobbit was most certainly a well known and respected book, but it was nearly 30 years old when this song was recorded, and it was sung by a man who played a member of an alien race on a science fiction program.  To put this in perspective, imagine if Pedro Pascal from The Mandalorian appeared on That's My Jam to sing a song about Jessie Burlingame from Stephen King's 30 year old novel, Gerald's Game.
Mr. Spock's tribute to the title character of The Hobbit would be released as a single before the end of the year, and was included on his 1968 album, Two Sides Of Leonard Nimoy.