They Say The Sky's The Limit... 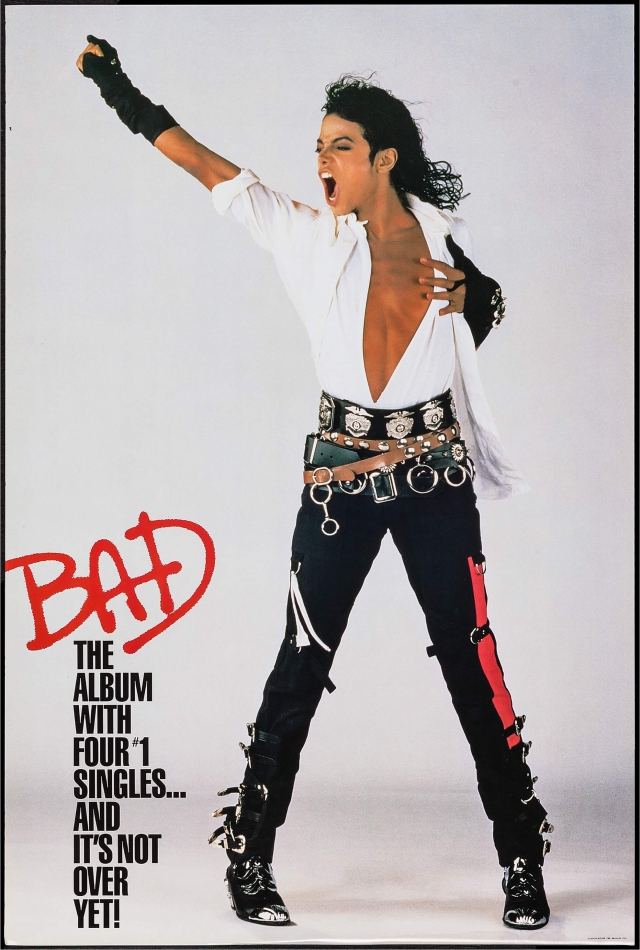 Bad
Michael Jackson (1987)
Thirty five years ago today, The King of Pop released his seventh studio album to the world.  Most artists are lucky to record a single album that sells two million copies.  Bad sold 2.25 million in its first week in the United States alone, and would go on to sell an absolutely batshit crazy 35 million copies worldwide.  Only ten other albums have sold more copies across the world, one of which is Michael Jackson's Thriller which tops the list.
This album was released when I was seven years old and just about every kid I knew at the time had it, or had an older brother or sister that did.  I used to play it and dance around in my room like a nut, hoping that no one would bust in the room to see what all the noise was about.
The poster turned out to be right when it said it's not over yet.  Bad would go on to to have five singles that reached #1, which set a record that still stands to this day (Katy Perry matched the accomplishment in 2010, but none have surpassed it).  As much as I loved the title track when I was a kid, my favorite song is this one: