I Suggest We Run This Tent In A Democratic Fashion 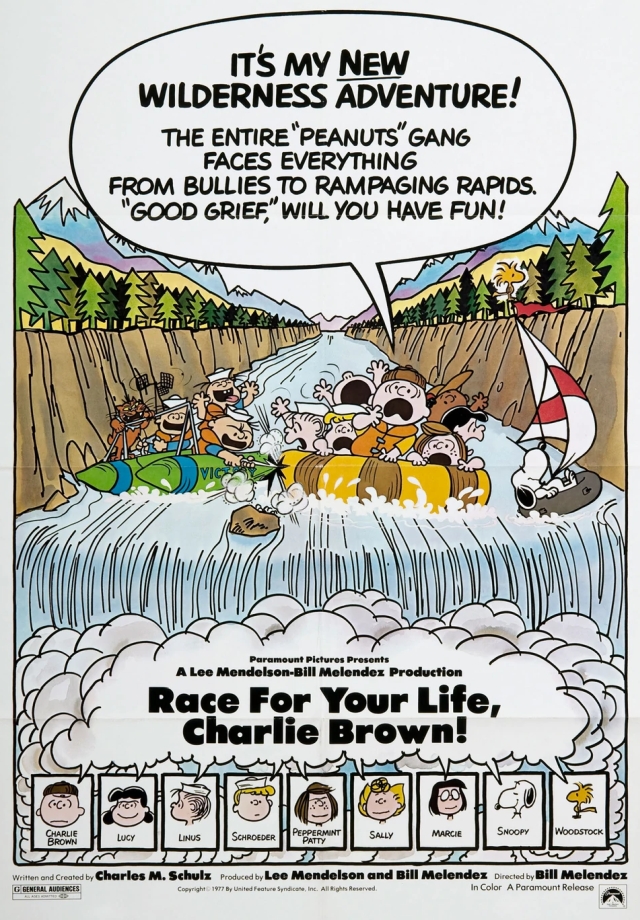 Race For Your Life, Charlie Brown
Paramount Pictures (1977)
The third full length theatrical film based on the Peanuts comic strip was released in theaters across the United States 45 years ago today.  It was the first time the Charles Schulz characters were used in a feature film that did not feature a score from jazz pianist Vince Guaraldi who died the year before.

The movie went on to earn 3.2 million dollars at the box office, which is respectable when you consider the fact that it spent much of the late summer competing for the attention of children with the original Star Wars.
Race For Your Life, Charlie Brown is my favorite of the four original Peanuts films.  It's everything that I love about the comic strip perfectly captured in an animated film.  It's heartwarming without feeling phony.  It's funny without feeling mean spirited, even when Sally is threatening to shorten the life span of a girl who dared to stick out her tongue at her.  It holds up a mirror to the ridiculous world that we all share and the ways that we navigate through it.  It's a cartoon that is very special to me - the kind of thing that I like to watch on a cold, snowy day with an oversized blanket wrapped around me and a cup of hot cocoa.  If you enjoy the Peanuts comic strips and haven't seen it before, it is included with a subscription to Starz and is available to rent from various streaming services, including YouTube and Amazon Prime.