Approaching A World Beyond Resuscitation 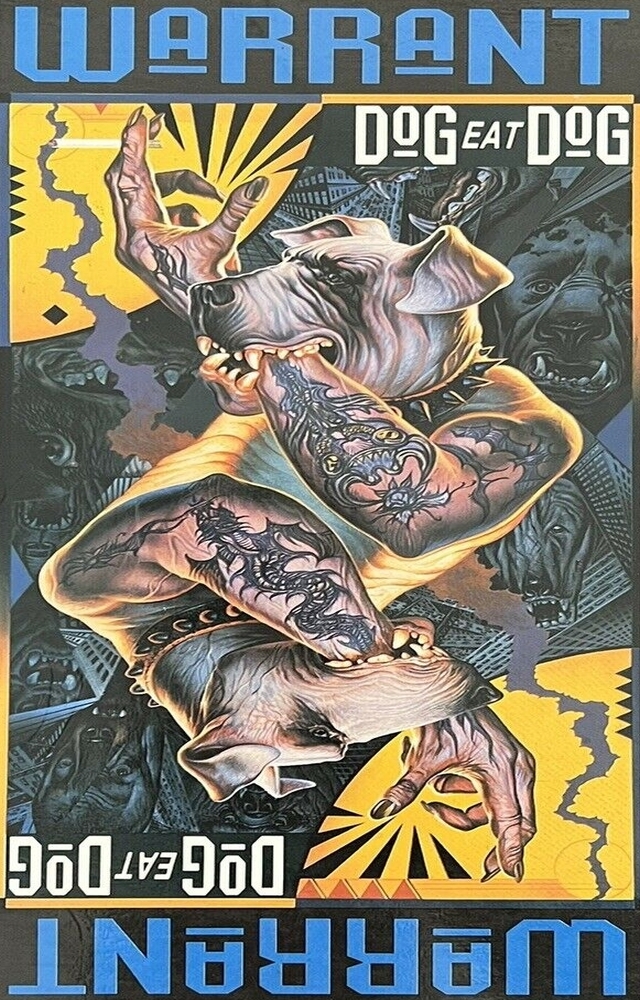 Dog Eat Dog
Warrant (1992)
The third studio album from Warrant, and the final album that featured all five original members of the band, has turned 30 years old today.  Despite the fact that it didn't have the sales or number of hit singles as their 1989 album Dirty Rotten Filthy Stinking Rich or their 1990 double platinum follow up, Cherry Pie, I think that this is the best record the band ever put out.  Unfortunately, it came at the wrong time, as the bands that were associated with 80's hair metal were being pushed into the background by the emerging grunge rock scene.
I was living in South Florida with my dad and my then-stepmother and stepsister when this album was released.  My stepsister was a metalhead who sometimes made mixtapes for me of songs that she thought I might like.  She included the third song from this album on one of those mixtapes.  It's a song that was never released as a single, and has not received any significant airtime on the radio or MTV that I am aware of.  It's a post-apocalyptic song about a world that has suffered from wars and the pollution of the environment for so many years that we had reached a point where there was no hope of fixing the problem, and that the best we could hope for is to live out our days as best we can in the wasted world that our species has created.  This song made me shiver the first time I listened to it, and it scares me even more to hear it today as we inch closer to the date named in its title.
Jani Lane passed away eleven years ago, so he won't be here to experience the month and year that he sang about.  The rest of us are eight years, seven months and six days away from April 2031.