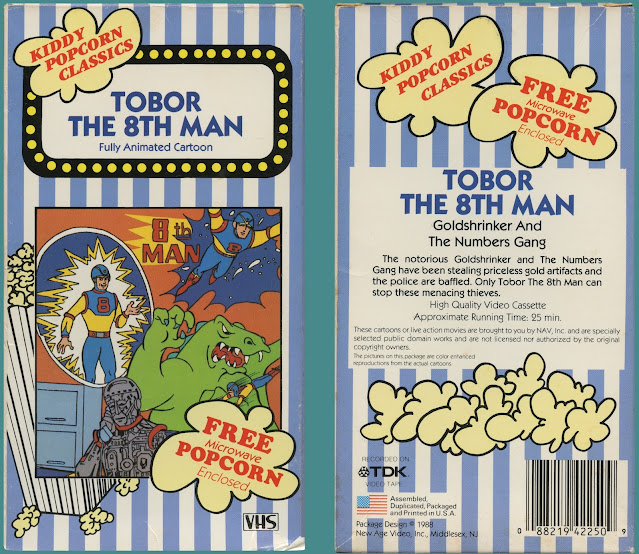 Tobor The 8th Man
New Age Video (1987)
A few years ago, I wrote about the first anime that I remember seeing.  It was called Tobar The 8th Man.  It's a black and white cartoon that aired in Japan in 1963, and it tells the story of a police agent who was murdered by criminals and brought back to life in the body of an android.  It's a concept that was used in many other movies and television shows, including RoboCop, The Six-Million Dollar Man, and even Star Wars, but there aren't very many works of fiction that draw from this concept that predate this anime, or the manga that it was based on. 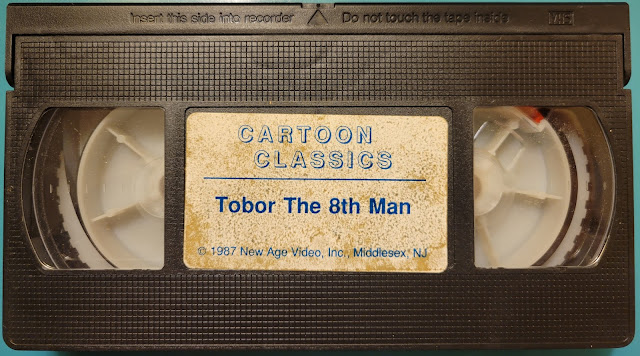 When I was eight years old, my grandparents gave me a VCR as a Christmas present.  It was one of the best gifts I had ever received, before or since.  It may sound silly today, but in the days before the internet, having a VCR in my bedroom was a gateway to entertainment that I had no other way of experiencing.  I could set the timer to record movies, cartoons, ballgames, wrestling matches, and other shows that were broadcast when I couldn't be there to see them.  I could rent movies that weren't on television, and I could discover things that I had never heard of. 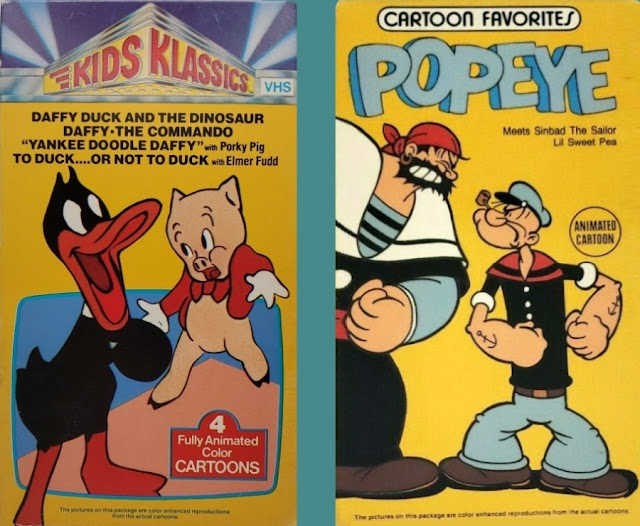 My maternal grandmother gave me three tapes for Christmas that same year.  One was a tape with four Daffy Duck cartoons, and another was Popeye Meets Sinbad The Sailor.  However, the one that stood out to me the most at the time, and the one I still remember best to this day, was Tobor The 8th Man.  The box was thicker than the other two because it came with a bag of microwave popcorn inside with the VHS tape. 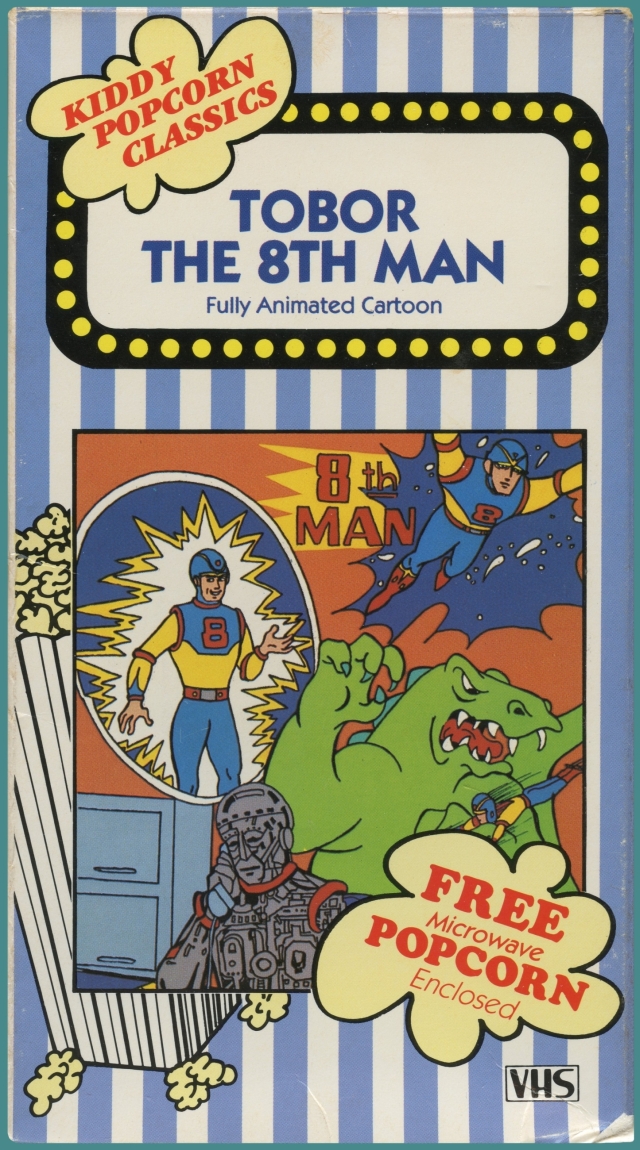 After years of searching, I finally found a copy of the Tobor tape that I had when I was eight years old on eBay for just a couple of bucks.  There was no popcorn, but the box is in great shape and the tape plays perfectly.
Although I had a hard time finding this particular tape, there are quite a few VHS tapes from the New Age Video: Popcorn Classics series on eBay.  Some of them are unopened, which I could only assume means that there's a 34 year old bag of microwave popcorn sealed in the shrink wrapped box alongside the tape.  If you buy one of these, I strongly recommend that you do not attempt to pop or consume the popcorn, but if you do, make sure to take a video of the experience.  Even if it doesn't make you a YouTube celebrity, it may come in handy for the doctors who are pumping your stomach.

The tape includes the sixth episode of the series, which was called 黄金ギャング (The Gold Gang) in Japan, though the back of the box identifies it as Goldshrinker And The Numbers Gang.  This version of the cartoon was dubbed in English and was slightly edited for an American audience to tone down the violence and to remove the scenes of Tobor smoking energy cigarettes to rejuvenate his powers.  Click the video above to play the episode that is on this tape.  It was encoded by a YouTube channel called 8thManDVD.com™ Cartoon Channel.  They've got a ton of content of old public domain cartoons available to stream for free, including a playlist with all 56 episodes of the Tobor The 8th Man series.