Penny Is Still Being Backed Into A Corner 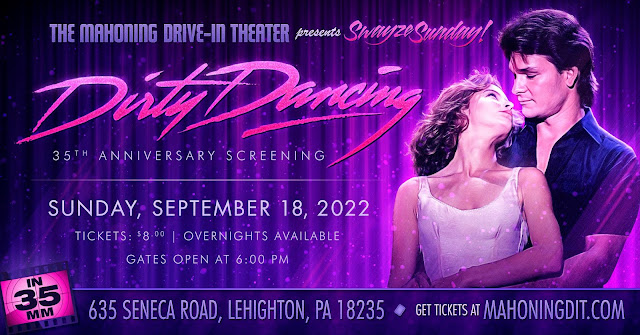 Dirty Dancing
Mahoning Drive-In Theater - Lehighton, PA
I was in second grade when this movie premiered in theaters.  From that year on through the end of elementary school, practically every girl I knew could not stop talking about this movie.  They either raved about how much they loved it, or how much they wanted to see it and how mad they were at their parents for not letting them.  Naturally, that meant that most of the boys would say that they hated it even though most of them had never seen it.
While I wasn't one of those kids who claimed to hate Dirty Dancing, it also wasn't the kind of movie I ever would have rented.  My tastes skewed pretty heavily to whatever action, sci-fi, slapstick comedy and horror flicks managed to slip through the MPAA with a PG-13 or less (my grandfather would never let me bring home a Rated R movie no matter how much I begged).  By the time I was a teenager, Dirty Dancing had fallen completely off of my radar.
At some point when my wife and I were in our mid 30's, I mentioned to her that I had never watched Dirty Dancing before, and she insisted that we sit down and watch it ASAP.  I didn't know too much about the plot except for what you could obviously glean from the title, so I expected that it would be something like the schmaltzy romance flicks that they air on The Hallmark Channel around the holidays.  I was pleasantly surprised to find that it's a wonderful movie.  It's a sweet story that's well written with excellent performances from everyone on the cast, and I'm extremely happy for the opportunity to see it on the big screen under the stars at the Mahoning Drive-In Theater. 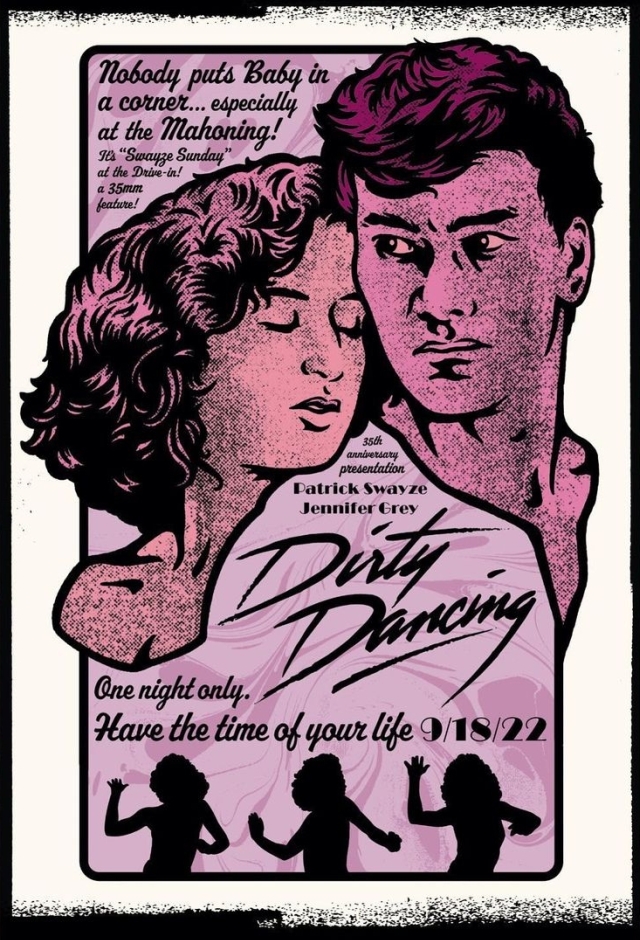 The poster art for Sunday night's event was designed by Tom Bifulco, and I think it's one of his best of the season.  At this point, I think I have enough of this dude's work to cover most of the walls of my garage.  If I can find a way to hang them out there and keep them safe from the elements, I might just do that.  What better way to start the day than to pull out of the garage surrounded by happy memories of our nights at the drive-in. 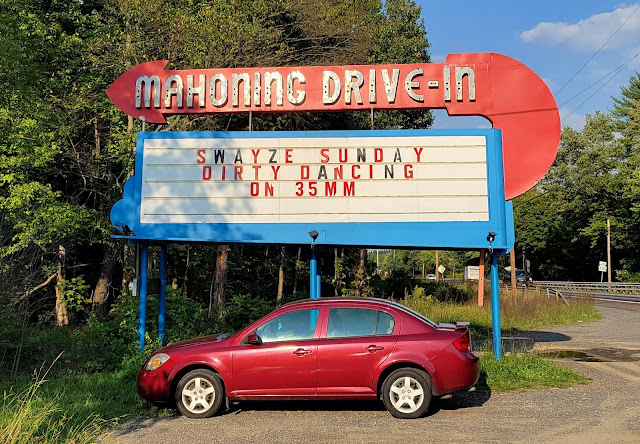 We brought Little Harvey out to the drive-in with us, and he had the chance to meet a few new four-legged friends.  He did quite a bit of woofing before the movie started, but as always, he settled into my lap and was a very good (and quiet) boy throughout the feature. 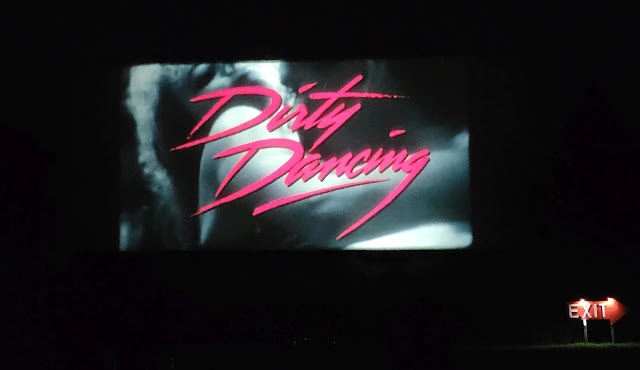 Seeing this movie in 2022 is a surreal experience.  The story of Dirty Dancing is set in the summer of 1963; ten years before Roe v. Wade was decided.  When this movie premiered in theaters in 1987, the issue of a woman's right to choose was a settled matter.  Women had bodily autonomy, and the decision of whether or not to carry a pregnancy to term was entirely her decision, as it should be.  Part of the emotion that this movie inspired when I first saw it came from a reminder of an unfortunate part of our past compared to the progress we have made as a society.
When I first saw this movie, I never imagined that we would regress so much as a country that we would strip away the basic human rights of a woman to have control over her own body, but here we are.  This is still an absolutely wonderful and heartwarming movie, but the story of Penny lands a lot harder when you realize that as you are watching it, there are thousands of women in the United States who are in exactly the same position she was forced to be in.