Upside Down Pizza Inspired By The Motor City 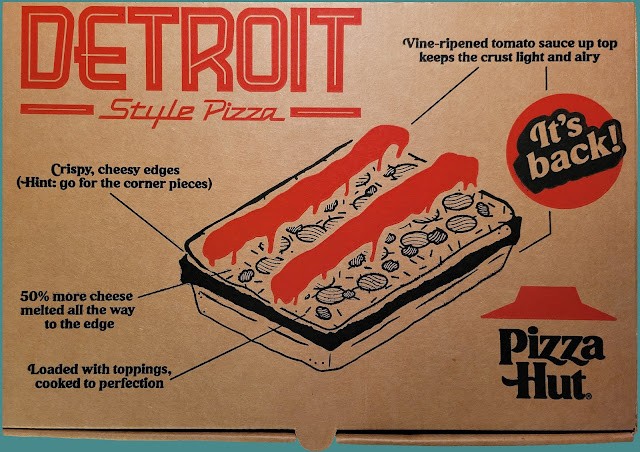 Detroit Style Pizza
Pizza Hut (2022)
Back for a limited time is the Pizza Hut Detroit Style Pizza.  There are three different versions that you can order: Double Pepperoni, Meaty Deluxe and Supremo.  I opted for the Supremo, which their website described as "an indulgent Detroit-Style deep-dish pizza that’s loaded with Italian sausage, green peppers, red onions, and cheese all the way to the edge of a crispy, caramelized crust and topped with premium diced tomato sauce". 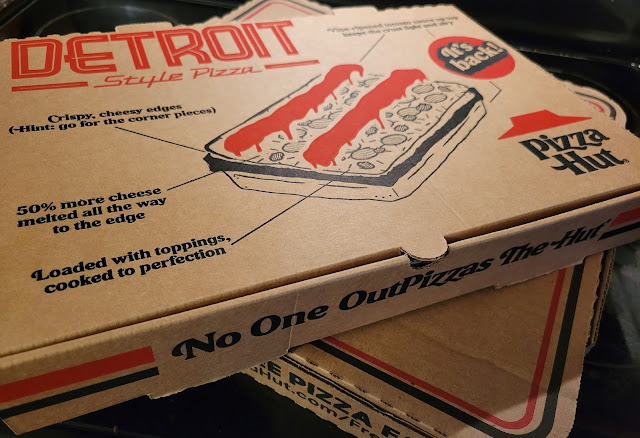 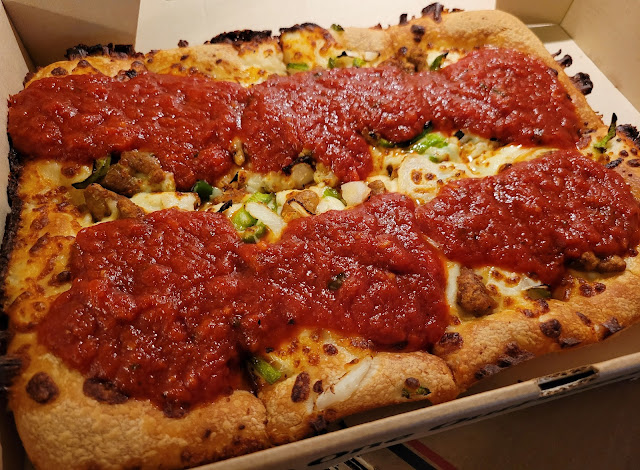 I'm sure if anyone from Michigan is reading this, they're probably rolling their eyes as hard as I do when I see a nationwide chain release something that they're calling a "Philly cheesesteak".  I've only been to Detroit once in my life.  It was over twenty years ago, so if I had any pizza when I was there, I don't remember what it was like.  So I'm not sure how close this comes to an actual Detroit-style pizza that you can get in the city, but the Pizza Hut version is pretty damn tasty!  It's upside-down from the pizza that we have in Hazleton with the toppings and cheese directly on the crust and the sauce on top, but it works.  Just make sure to have a napkin handy - especially if you've got a beard.