Attack Of The Trunchbull 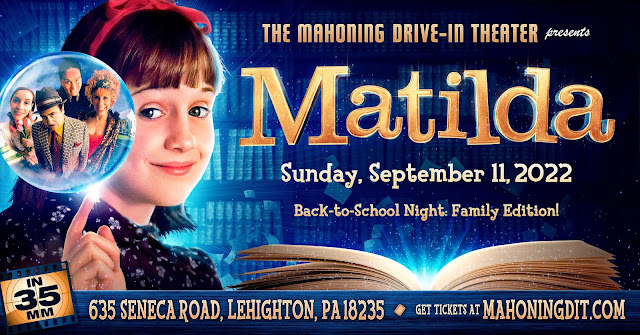 Matilda
Mahoning Drive-In Theater - Lehighton, PA
The back-to-school theme continued on Sunday night at the Mahoning with a family film that I stumbled onto many years ago that has become near and dear to my heart; the 1996 children's supernatural fantasy Matilda. 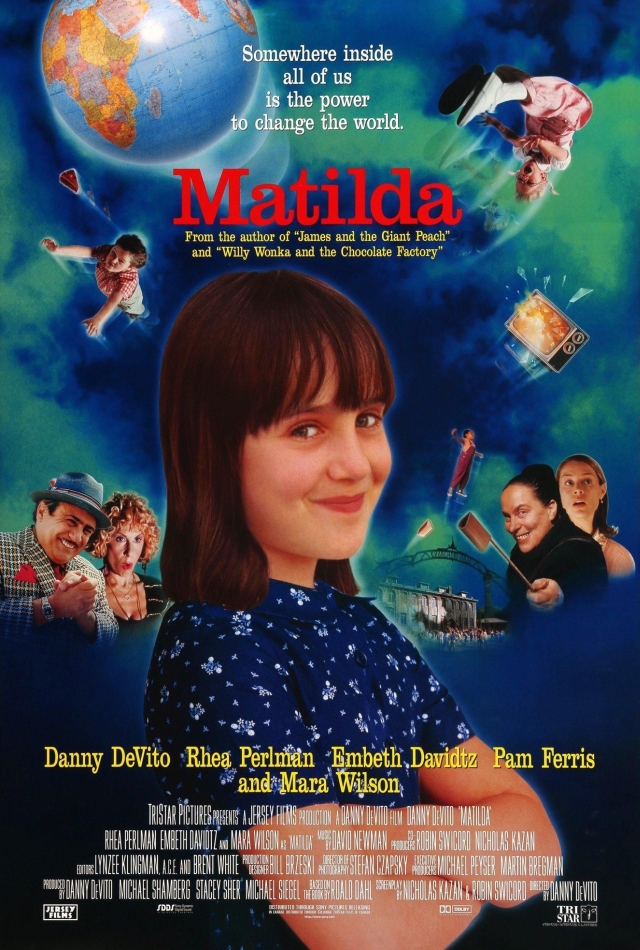 Matilda premiered in theaters on August 2nd, 1996.  I was sixteen years old at the time with no younger siblings, and the majority of my movie time was spent watching horror movies, kung fu flicks, raunchy comedies and anything directed by, or inspired by, Quentin Tarantino.  Needless to say, I was not the target audience for a family film starring an eight year old. 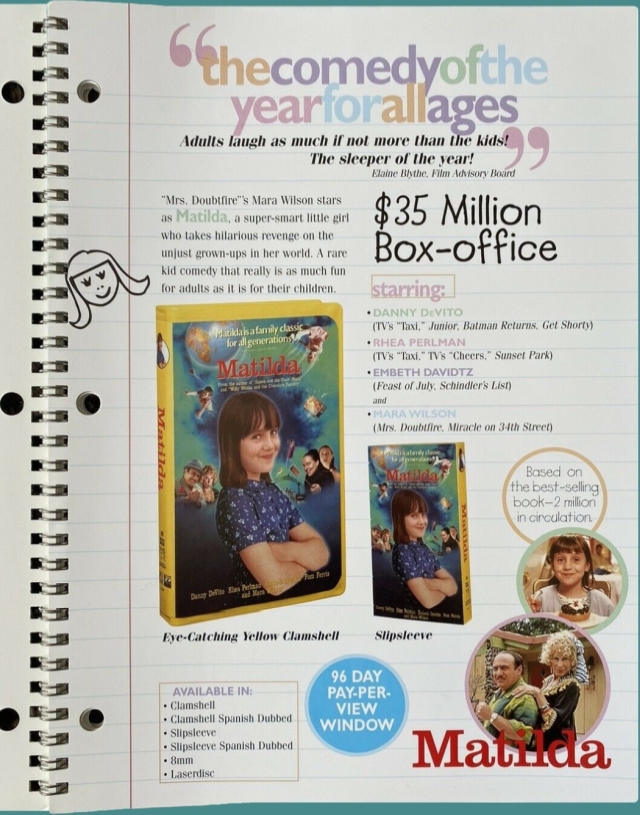 The home video for Matilda was released in 1996 just in time for the holiday season, but I didn't see it for another two and a half years.  I had a part-time job at Blowout Video in the summer of 1999 and was allowed to rent three movies at a time for free, as long as I had them back the next day.  Matilda was not my first choice... or my second... or my third.  However, I did end up renting a bunch of movies which had the Matilda trailer in the coming attractions.  Several things about that trailer stood out to me.  The first was the fact that it was directed by Danny DeVito, who was then and is now one of my favorite actors.  The second is the fact that it co-stared Mr. DeVito as Matilda's comically terrible father, and the brilliant comic actress Rhea Perlman as her equally horrible and over-the-top mother.  The trailer ends with Mara Wilson as Matilda making things move with her mind to the song "Jump In The Line", which I will forever associate with Beetlejuice.  After seeing the trailer a couple of times, I finally rented it and I absolutely loved it.  For 98 minutes, I wasn't a jaded 16 year old who didn't fit in.  I was a little boy again. 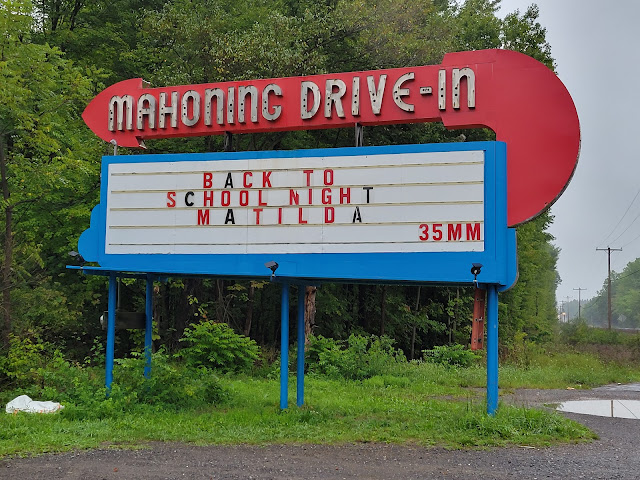 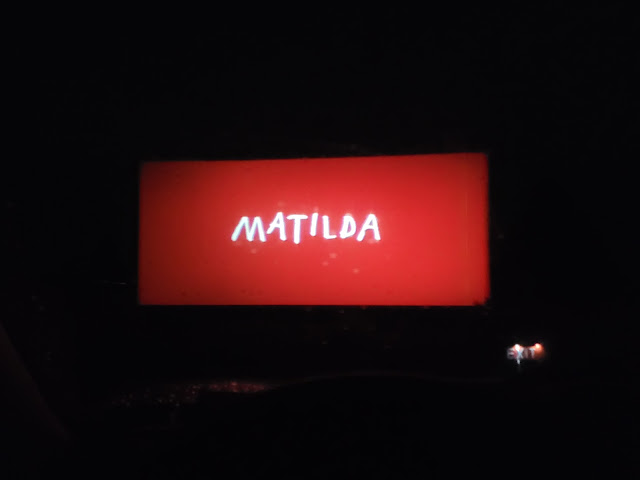 It's been over twenty years since I last saw Matilda on home video.  I never saw it on the big screen, so the chance to see it at the Mahoning was one that I couldn't pass up.  It was drizzling throughout the film, but we were cozy in the car and it was an incredible experience.  For as much as I love the performances of Mara Wilson, Danny DeVito, and Rhea Perlman, the performance that I loved best of all was from Pam Ferris, who played the insanely over-the-top evil principal of Crunchem Hall Elementary School, Miss Trunchbull.  Ms. Ferris is perhaps best known as Harry Potter's Aunt Marge Dursley in Harry Potter and the Prisoner of Azkaban.  She's the one who Harry inflates like a balloon after she speaks badly of his parents.  If you think that character was awful to children, you ain't seen nothin' yet!  Miss Trunchbull is a middle-aged Olympic athlete who grabs a little girl by the pigtails and swing her around in a circle before executing a hammer throw simply because she doesn't like pigtails.  This is a film that you absolutely must see!
The thing that makes this movie so incredible is that even though it depicts child neglect and flat out child abuse to the point of endangering their lives, it is so ridiculously over-the-top that it doesn't feel sad or depressing.  It reminds me quite a bit of the suffering of all of the children not named Charlie Bucket who visit Willy Wonka's chocolate factory, which I suppose makes sense because this movie is based on a children's book written by Roald Dahl.
Matilda is more than just a surreal world filled with larger than life characters.  At its core, it's a very sweet story with characters who live happily ever after.  It's the kind of movie that anyone at any age can spend a little time getting lost in while they escape the world for a little while and remember what it feels like to be a kid at the movies.