Welcome To The Edge 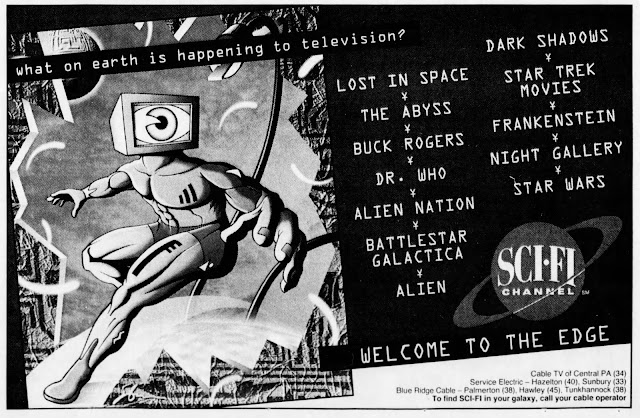 The Sci-Fi Channel first launched thirty years ago today.  This was by far my favorite channel on cable television when I was a teenager.  In the days before streaming video and television seasons being released on DVD, the Sci-Fi Channel was the best source for vintage sci-fi and horror shows.  They showed mainstream movies like Star Wars, but they also showed a lot of old creature features and other movies that weren't usually available at video rental stores.  Some of the shows and movies that they aired during the 90's still haven't had an official DVD or BluRay release and aren't available to stream from an official source to this day.