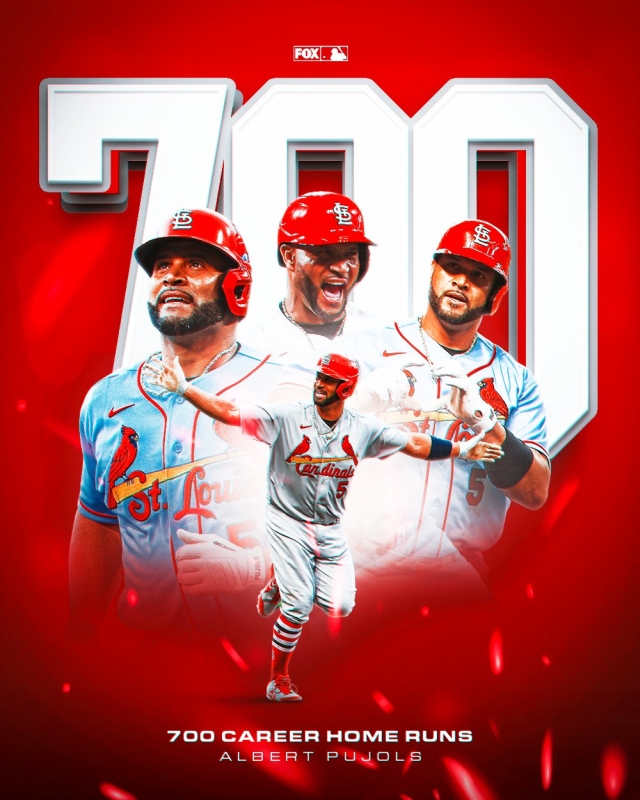 Congratulations to one of the greatest ballplayers who ever lived.  In tonight's game between the Cardinals and the Dodgers in Los Angeles, Albert Pujols joined an exclusive club by hitting two home runs to reach the 700 career home run milestone.
The way that it happened is very satisfying for trivia and stat nerds like me.  His first home run of the night came off of his 2021 Angels teammate, Andrew Heany, which gave Pujols 500 career home runs against right handed pitching.  His second dinger was hit off of his 2021 Dodgers teammate, Phil Bickford, which was not only his 700th career homer, but his 200th off of left handed pitching. 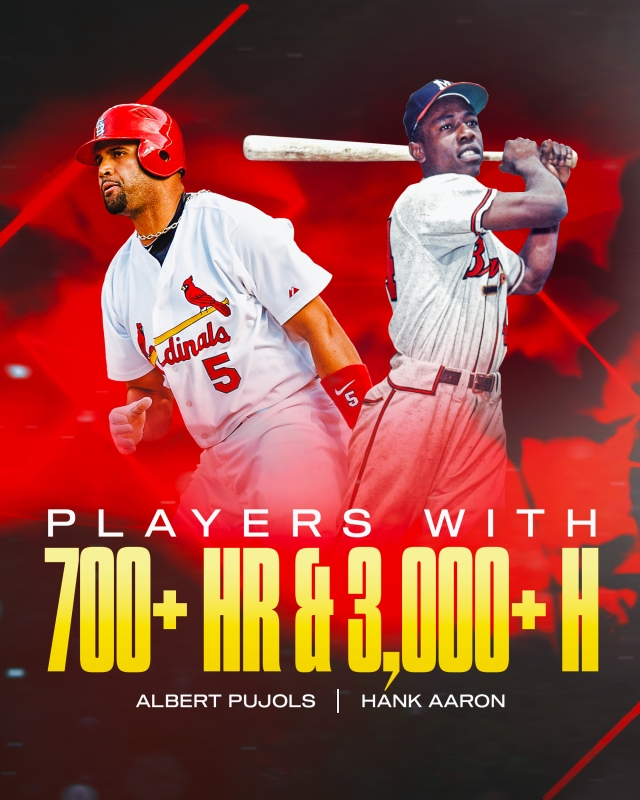 Albert Pujols has joined Hank Aaron and Babe Ruth as the only players to reach the 700 home run milestone without the assistance of steroids.  He also joins Hank Aaron as the only other player to have 700 home runs and 3,000 hits.
This man is absolutely a first ballot Hall of Famer, and if the baseball writers who have a vote have any sense at all, he should go in unanimously.  He is truly one of the greatest who ever set foot on a baseball diamond.