Orange You Glad It's Not A Big Mac 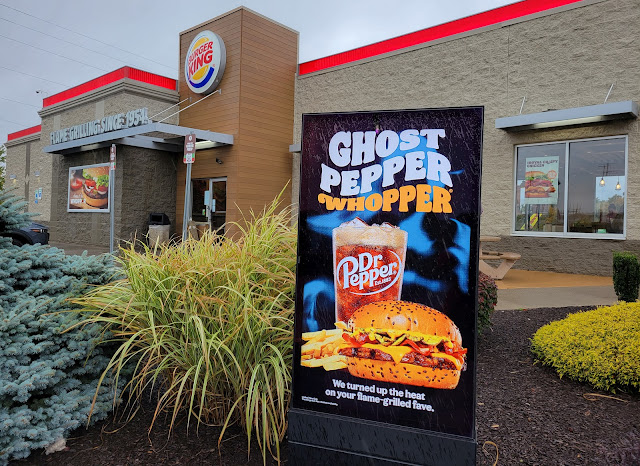 Ghost Pepper Whopper
Burger King (2022)
Seven years ago, Burger King introduced the Halloween Whopper.  It looked pretty awesome with its A1 Steak Sauce infused black bun, but it didn't taste much different from a regular Whopper - at least not to me.
Three years later, the fast food chain came up with a new limited edition sandwich called the Nightmare King.  This one had a green bun and contained a quarter pound beef patty and a crispy chicken patty which were topped with cheese, bacon, onions and mayonnaise.  It was promoted with claims that a clinical sleep study found that eating the Nightmare King increases your likelihood of having a nightmare that night.  I don't remember if it worked on me, but it was pretty tasty. 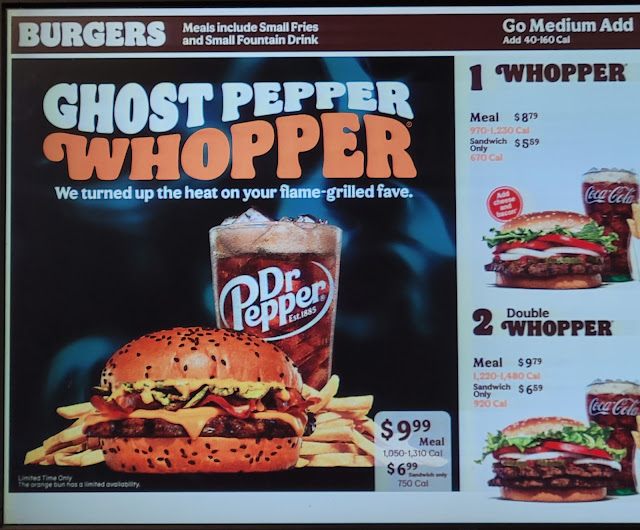 This year, Burger King has once again come up with a limited edition burger for the spooky season, and in 2022, they're leaning heavy on the spice. 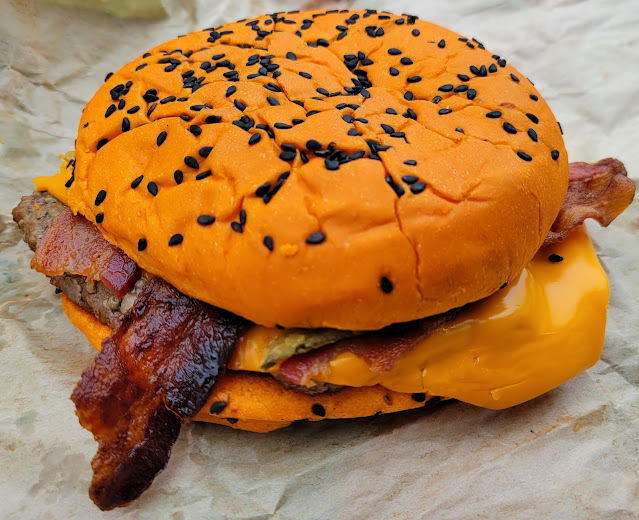 The Ghost Pepper Whopper is served on a neon orange bun with black sesame seeds and is made up of a quarter pound beef patty topped with ghost pepper cheese, bacon, crispy jalapeno peppers and a queso sauce.  This, in my opinion, is the best of the three Halloween-themed burgers that Burger King has come up with.
In my experience, foods that are promoted to be spicy often come one of two ways: it either wimps out to the point where you can't taste the spice at all, or it's so over-the-top spicy that you can't enjoy eating it, and it just becomes something that you dare your friends to eat.  Thankfully, neither of these things are the case here.  The Ghost Pepper Whopper hits the sweet spot of delivering a noticeably hot and spicy flavor, but without making it so ridiculous that it burns your mouth and sends you rushing to get something to drink to tamp it down.  It's one of the best burgers I've ever had from a fast food restaurant.