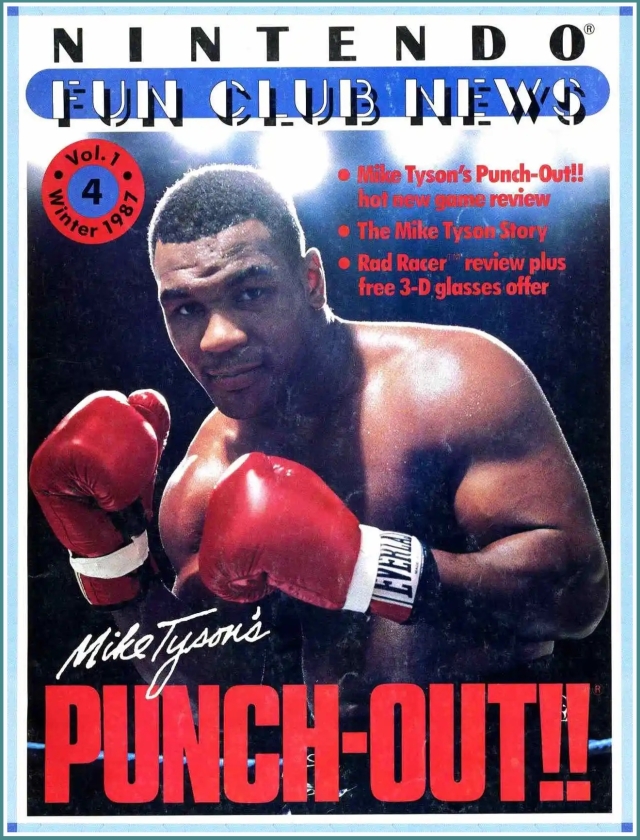 Nintendo Fun Club News
Volume 1 Issue 4 - Winter 1987
Mike Tyson's Punch Out was one of the most fun and addictive sports titles to be produced during the 8-bit era.  The NES classic was released to stores in time for the holiday shopping season 35 years ago today and was promoted in the fourth issue of the Nintendo Fun Club newsletter.  The entire issue, along with thousands of other vintage video game magazines, can be downloaded for free from Retromags.

In addition to being featured on the cover of the Nintendo Fun Club newsletter, the game itself has an easter egg to remind players to sign up.  You can access it by allowing Little Mac to get beaten up in the first round of a fight.  Between rounds, his trainer Doc Lewis will respond to your plea for help by saying "Join the Nintendo Fun Club today!  Mac".  Then your opponent will say something that may, or may not be considered offensive by today's standards.  In this case, it's pretty hard to get mad about Piston Honda's comments since the game was written and produced by Japanese developers at Nintendo R&D3 in Kyoto. 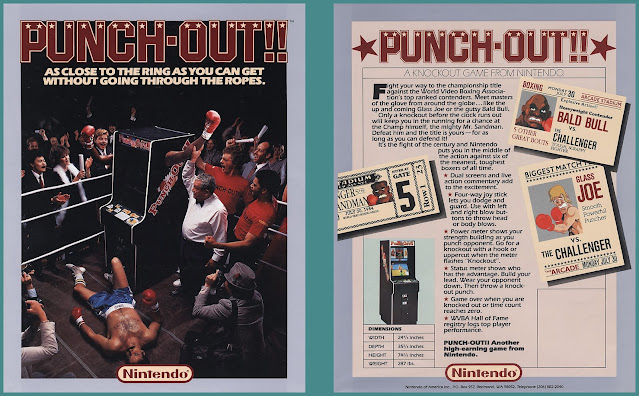 Mike Tyson's Punch Out is the home console adaptation of two dual-screen arcade cabinets that were released by Nintendo in 1984: Punch Out and Super Punch Out.  It maintained the spirit of the source material, but there were many significant changes made for the home release.  These include a change in the player character, from a green wire-frame boxer to Little Mac, and the most dominant professional boxer of the decade being licensed as the end boss of the game.

It's hard to over-estimate how big of a star Mike Tyson was in the 80's.  When I was a kid, he and Michael Jordan were the two biggest sports stars on the planet.  I wasn't even a particularly big fan of boxing, but I and every kid in my school knew who he was and when he was fighting.  It was a massive achievement for Nintendo to license him for their first boxing game on a home console, not only for sales of Mike Tyson's Punch Out, but for Nintendo's overall profile in the United States as an entertainment entity.  This game was released only a few years after the video game industry crashed, so having an athlete at the level of Mike Tyson in a game and on its commercials had a positive impact on the industry as a whole in a country where some still thought of video games as a passing fad. 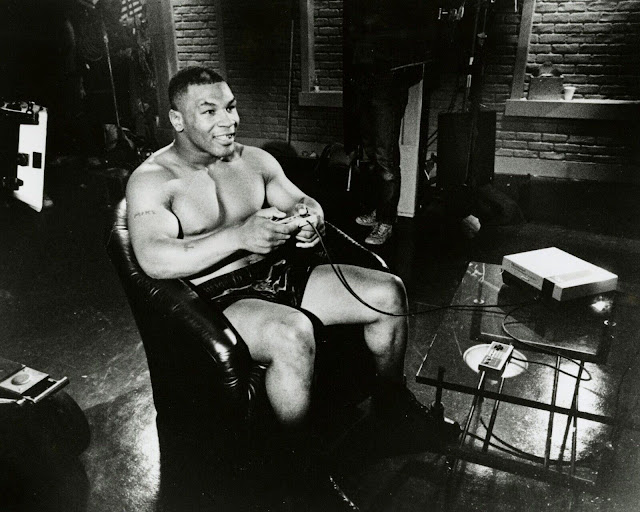 In 1987, my dad gave me the Nintendo Entertainment System as a Christmas present, and one of the first games I had for the console was Mike Tyson's Punch Out.  It's one of the games that I played the most, but to this day, I don't think I've ever been able to beat Mike Tyson without using a Game Genie.  There are a bunch of resources online these days that can teach you everything you need to know to finish the game as the W.V.B.A. World Circuit Champion.  However back in the late 80's, it was just you, your controller, and whatever codes you could find in a video game magazine.  Speaking of which, if you happen to get an opportunity to play the game and you want to try your luck fighting Tyson, enter Pass Code 007 373 5963.
Despite its difficulty at the end, this is one of the must fun and addictive video games I have ever played.  To this day, I can pick it up and it feels just as fresh and original as it did when I was seven years old.

One of the strongest memories that I have about this game from my childhood has to do with this letter, which was included in the box alongside the instruction manual.  I was living in a half-double apartment on First Street in Hazleton at the time, and a friend and I were playing Nintendo up in my room.  He was going through the games on my shelf and found the letter that came with Mike Tyson's Punch Out.  I remember him saying that we could cut out Mike Tyson's signature from the bottom so that we could say that we got his autograph, and I said something to the effect of "naah, I'd rather just keep the whole letter".  That turned out to be the right move, since the letter by itself sells on eBay these days for over a hundred bucks.