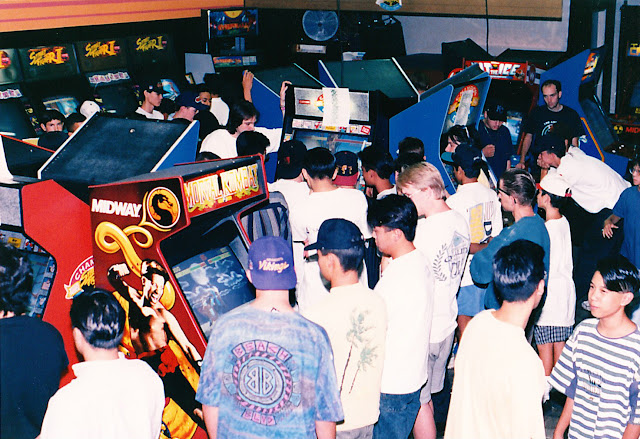 Mortal Kombat
Midway (1992)
According to Wikipedia and other sources, the original Mortal Kombat debuted in arcades on October 8th, 1992, which is thirty years ago today.  However, when it comes to the release of arcade games, the history books tend to stray a bit from the real story.

The game was actually shipped out months earlier and was being played in arcades across North America throughout the summer.  Mortal Kombat was being advertised at the Fun Games arcade in the River Hills Mall in Kerrville, TX two months earlier, and the game was so widespread in arcades before October that RePlay Magazine named it the second most popular upright cabinet in their September 1992 issue. 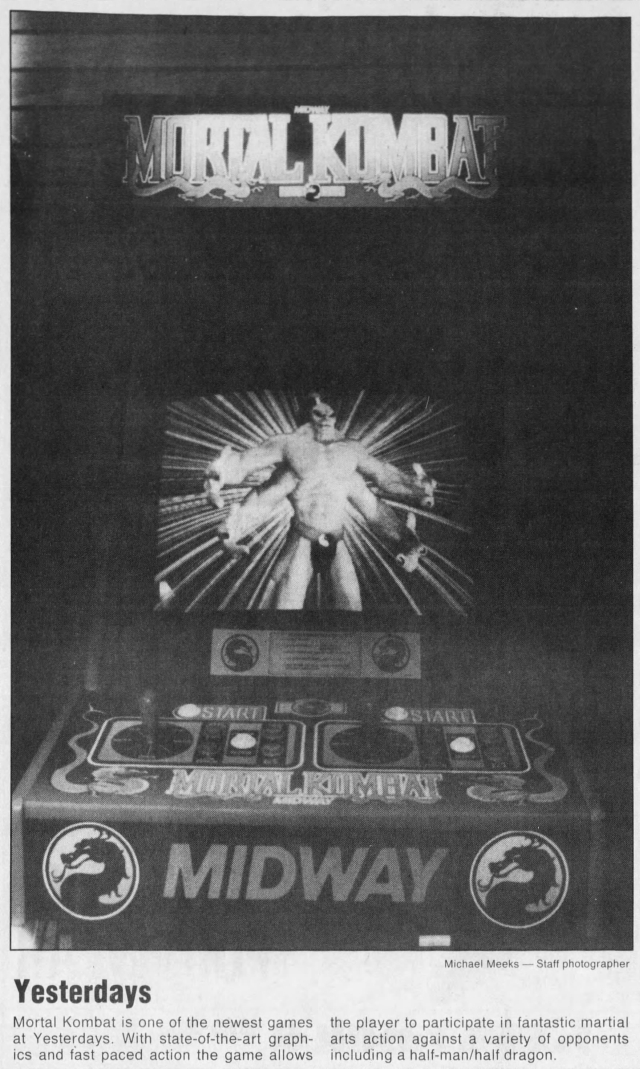 Mortal Kombat, along with Street Fighter II, ushered in the arcade renaissance of the 90's which brought gamers of all ages back to the arcade in numbers that hadn't been seen since the days of Pac Man.  With that in mind, here are a few articles about Mortal Kombat that were published both before and after October 8th to show how the country reacted to the game in its earliest days (spoiler alert: kids loved it, and uptight parents loved to complain about it).
Click on each article to enlarge. 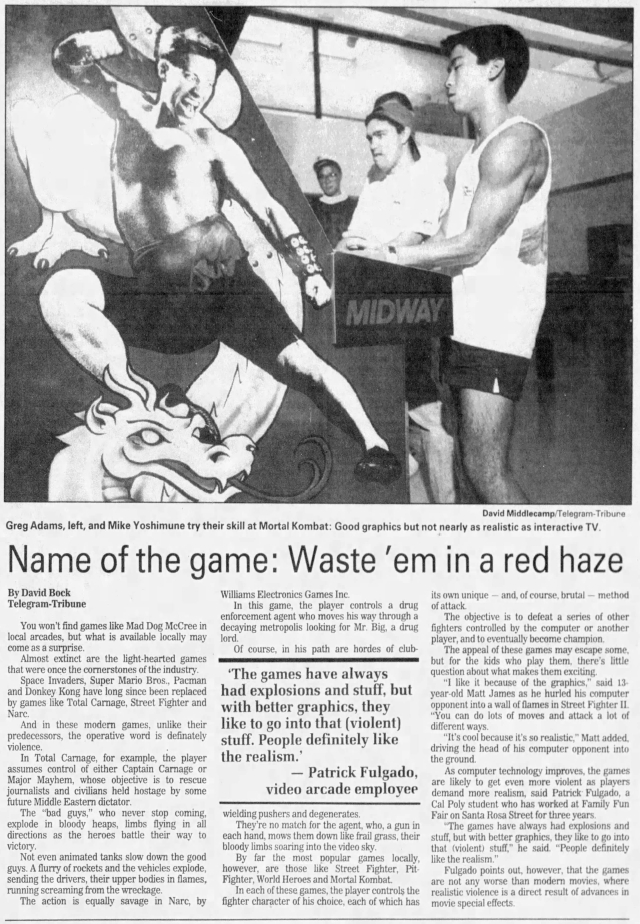 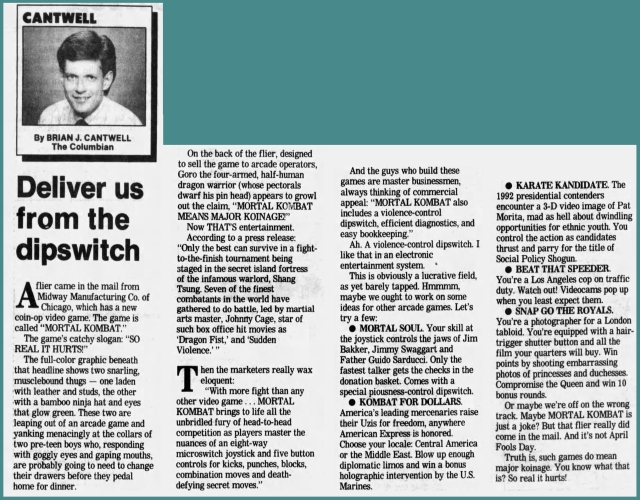 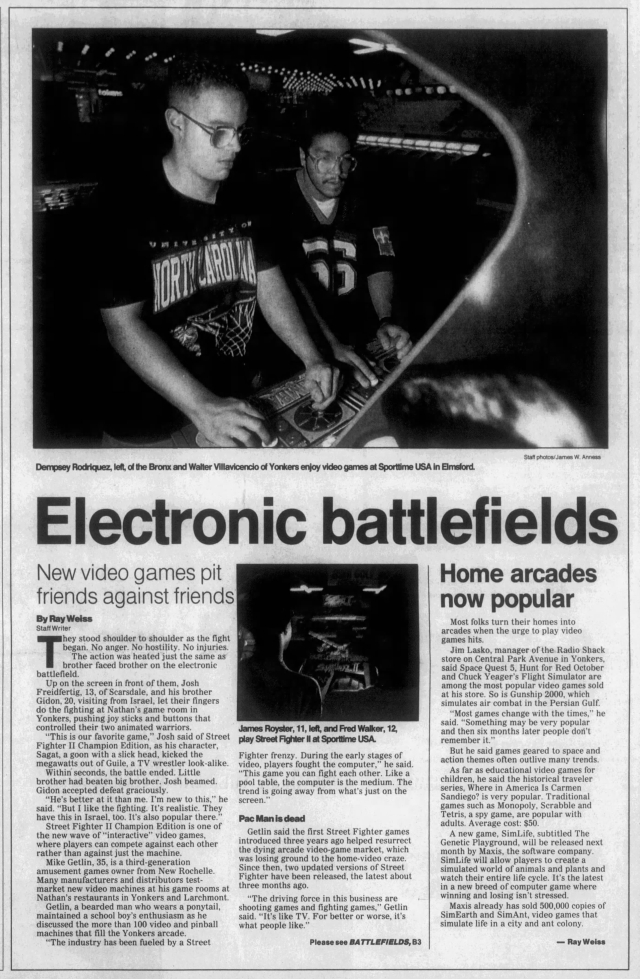 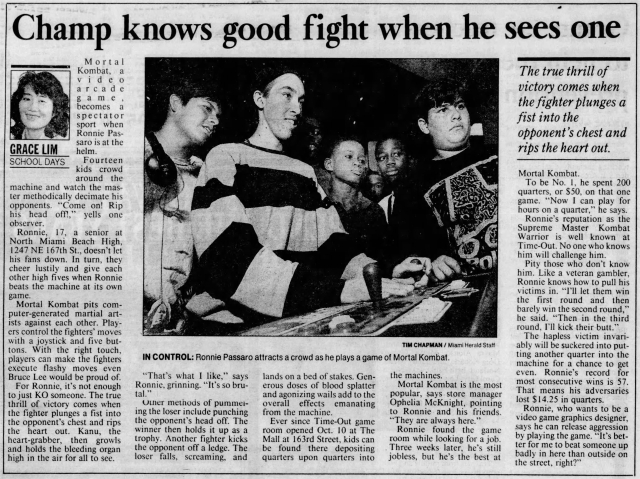 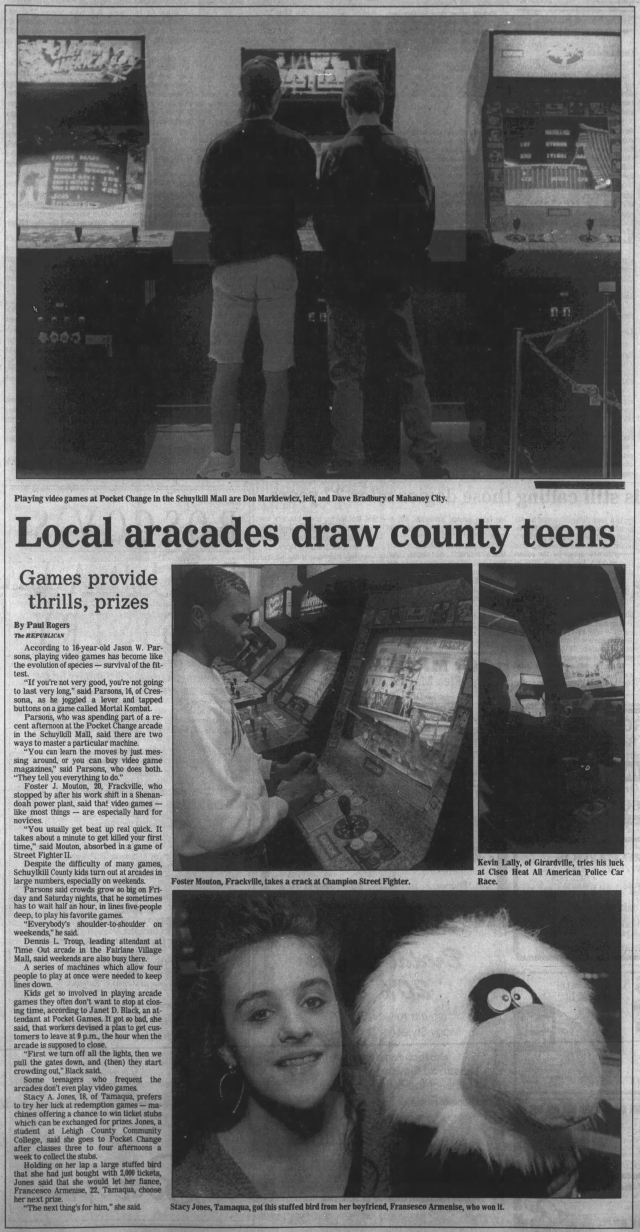 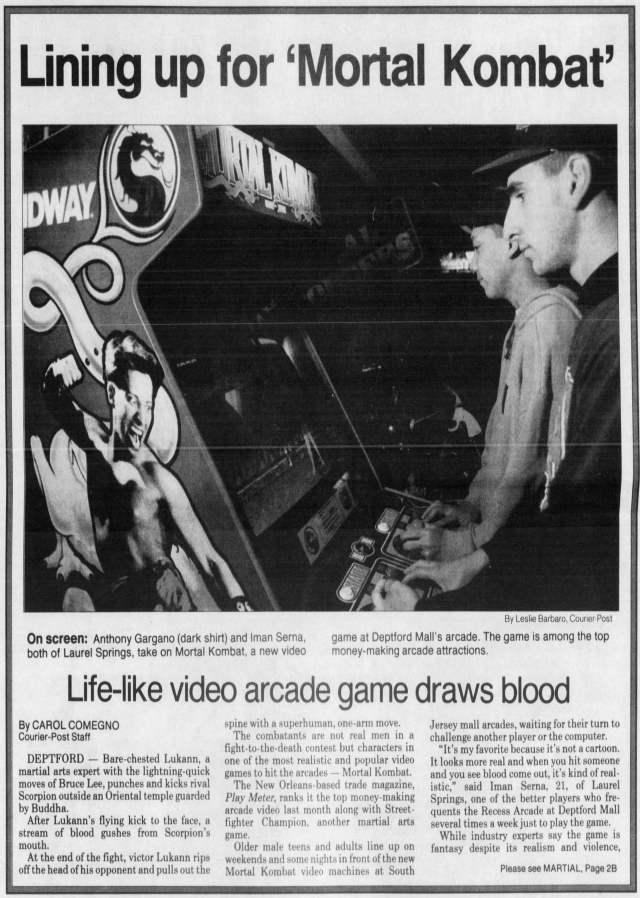 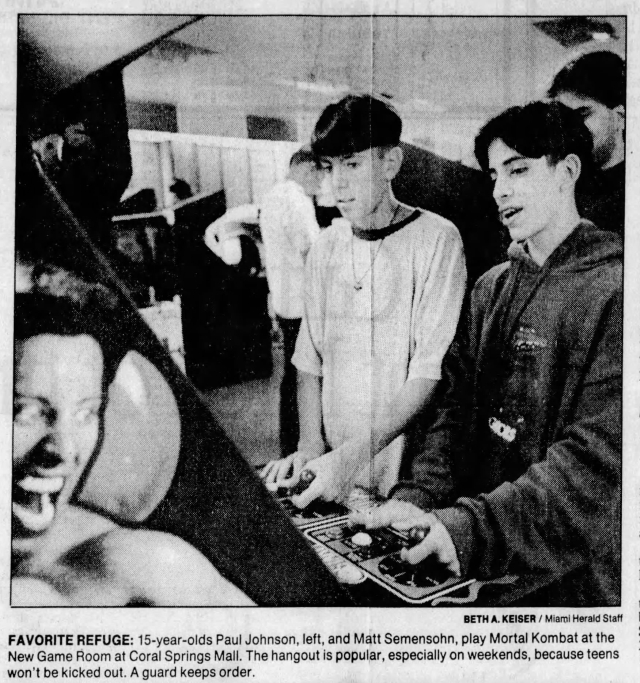 And just for good measure, here is an example of the pearl clutching editorials that were published in newspapers throughout the United States in the mid 90's.  This one appeared in my hometown newspaper, the Standard Speaker, a little over a year after Mortal Kombat first appeared in arcades.