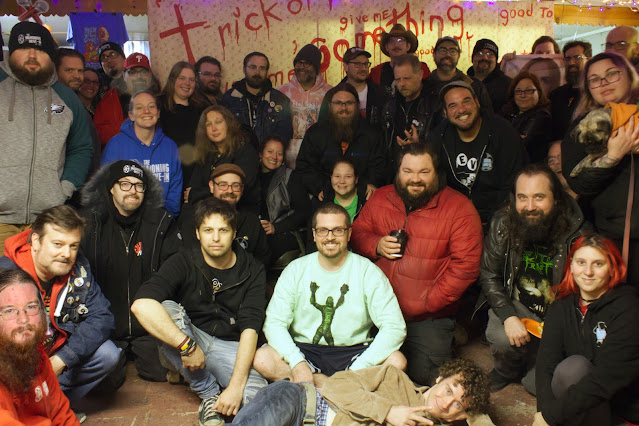 Patreon Screening
Mahoning Drive-In Theater - Lehighton, PA
Group photo taken by ellarian.photography
The final in-person Patreon screening of the 2022 season took place last night and it was a banger.  They normally screen a single feature along with trailers and other goodies on 35mm that they've acquired as a part of their collection.  This time, it was a triple feature that went on past midnight. 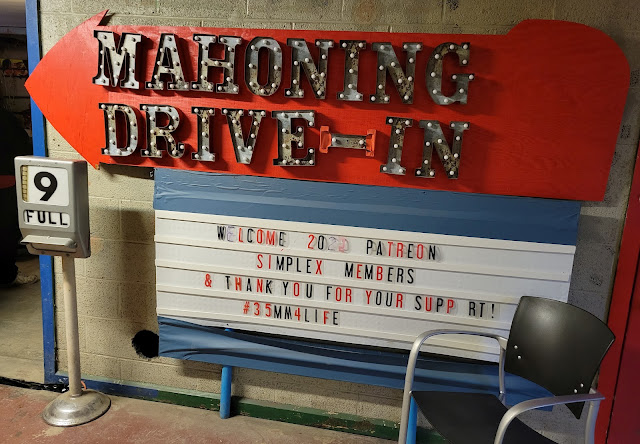 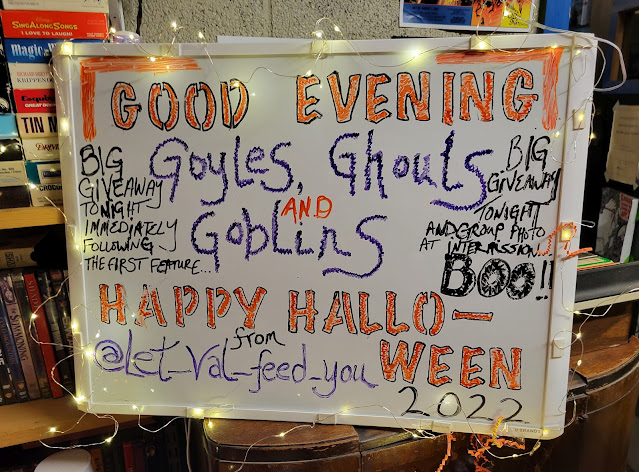 One of the best parts of these screenings is the free desserts that Val makes for us, but like the features on the screen, she went especially big to close out the season with a full buffet of goodies for us all to enjoy. 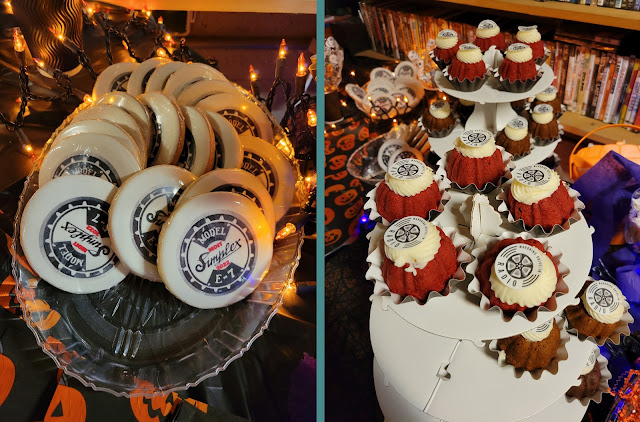 Included on the buffet were cookies that were designed to look like the Simplex E-7 projector symbol that was used for the enamel pin that was given to members this season.  There were also delicious red velvet, pumpkin and chocolate cakes with cream cheese icing., as well as honey marshmallows, hot apple cider and a bunch of candy and other goodies, with more on the way after the first feature. 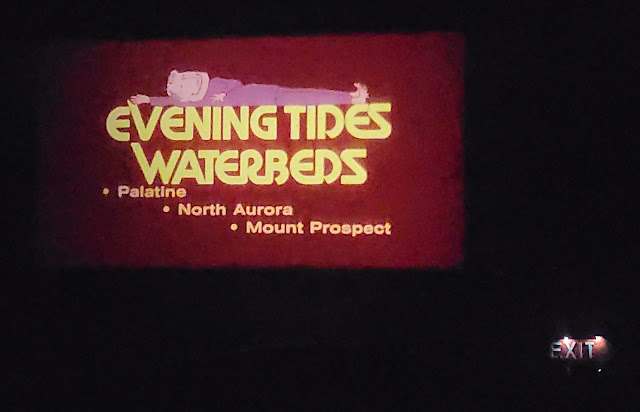 If you are a Drive Insider, no explanation for the the image above is necessary.  In fact, I'm sure that you have a sound effect playing in your head right now.  If you aren't a member of our little gang, no explanation will suffice, so I'm not even going to attempt to provide one.  What I will say is that our dessert for intermission were delicious donuts that were designed especially for us.
' 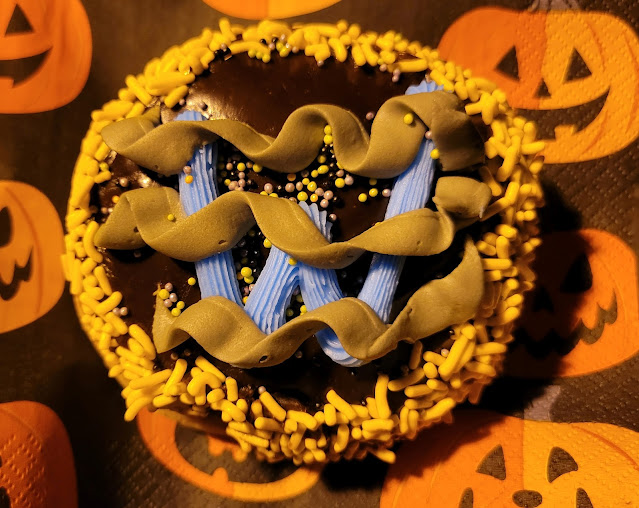 Somehow, I managed to avoid a sugar coma to enjoy all three features from last night's triple feature.  The night began with a monster movie from the 1950's, followed by a 70's exploitation horror comedy, and then the night closed out with a 70's Euro sexploitation film.  As always, we've been asked to not reveal the titles of the movies that show during the Patreon screenings, but I will say that they were three movies that I probably would never have gotten to watch if not for the Mahoning Drive-In Theater, let alone to experience them projected from an original 35mm print at a drive-in.
Speaking of which, the print of last night's first feature had suffered from advanced vinegar syndrome, so we got to watch the very last time that this film will ever be screened for an audience.  Call me a film nerd if you want to, but I think that's pretty special.  Imagine how many different places this print has been over the past 64 years... how many different theaters it has been screened at over six and a half decades, from traditional indoor theaters at the end of the 50's to the drive-in and grindhouse theaters that screened it in the years that followed.  It's a piece of our cultural history, but it's an artifact that can't last forever, and we got to experience the final chapter of its existence.