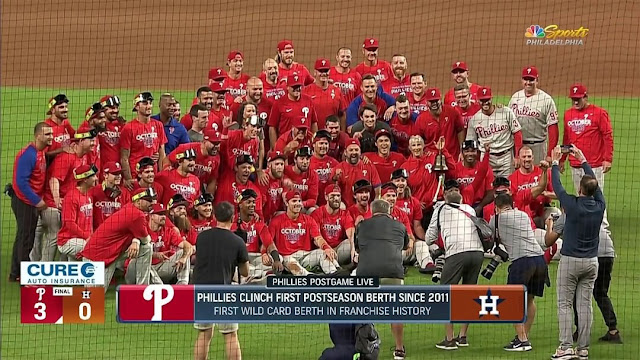 With their shutout of the defending American League Champion Houston Astros, the Philadelphia Phillies have clinched the wild card and will play in the post-season for the first time in 11 years. 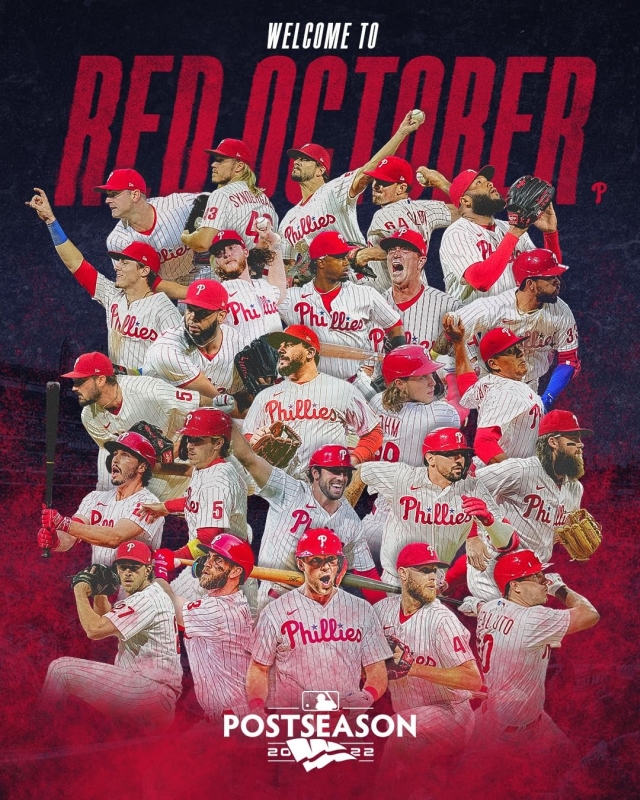 Unless they pass the San Diego Padres in the standings over the last two games of the season, the Phillies will play in a best-of-three game series against the St. Louis Cardinals in the first round of the playoffs, with the winner facing off against the Atlanta Braves in the second round.
It's been quite a while since I last had something to look forward to when it comes to October baseball.  The Phillies aren't the favorites to win it all, but they've got their foot in the door.  Anything can happen.