A Memorable Night Preserved On Cardboard 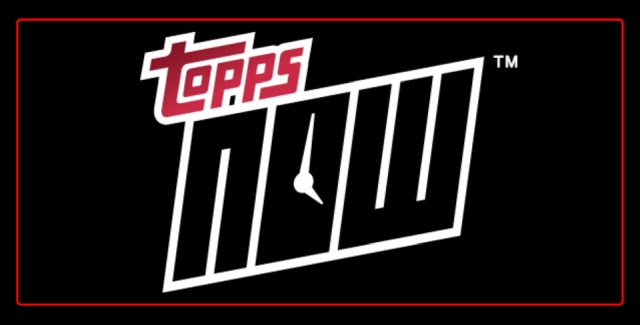 With the 2022 season having come to a close, I'd like to take a moment to acknowledge my favorite baseball card series that was released in my adult life, and two of the cards that were released in that series for this season.  Topps Now cards are released to celebrate great moments in the sport as they happen.  In other words, if you see something special happen in a game, there's a chance that it could become a baseball card by the end of that same week.
Each card is available to purchase on the Topps website for only 24 hours.  After that, the only place you can get them is on the secondary market, and some of them can get expensive.  I'll usually get a card only if it's for a game that I was in attendance for.  The game that I went to with my dad this season had two spectacular moments, both of which were commemorated in a Topps Now card. 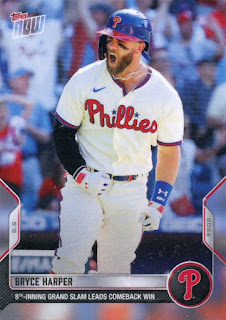 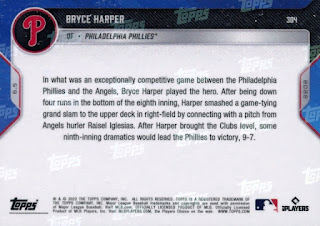 On Sunday, June 5th, my dad and I went to an afternoon game between the Phillies and the Angels.  It was looking like it was going to be a loss for the Phillies.  They were down 6-2 in the bottom of the 8th, but the Phillies rallied to load the bases.  With two outs and facing the Angels closer Raisel Iglesias on the mound, Bryce Harper stepped up to the plate.

Bryce Harper tied the game with one swing of the bat, but the Angels scored a run in the top of the 9th to retake the lead.  This set up a situation that was memorialized in another Topps Now card. 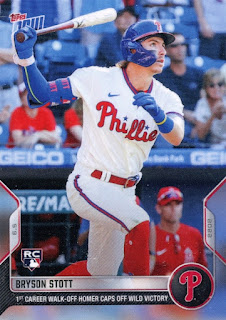 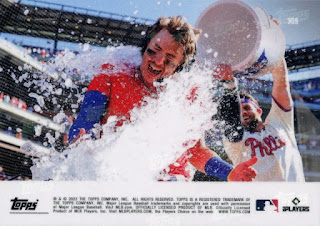 Alec Bohm and Didi Gregorius singled in the bottom of the 9th.  Rookie shortstop Bryson Stott came up to the plate with two outs.  He was only batting .159 at the time and had very limited experience facing big league pitching, but he came through.

Bryson Stott hit his first career walk-off home run, and just the second home run of his big league career, to give the Phillies the 9-7 win.  I've been to quite a few baseball games in my life, but even if this one wasn't captured on Topps Now cards, this is a game that I'll never forget.