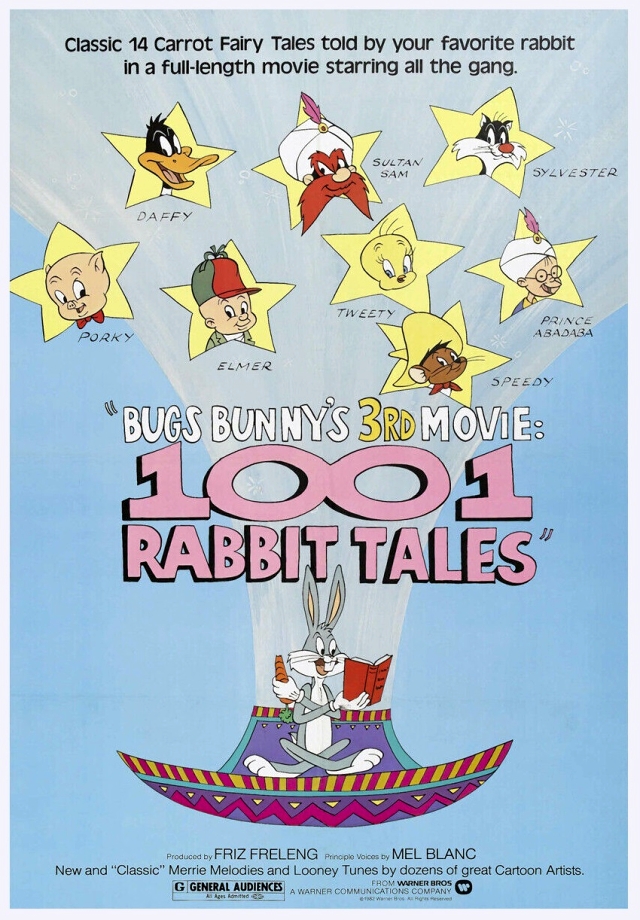 The movie made up of just over a dozen Loony Tunes and Merry Melodies shorts from 1949 to 1963 which have been edited to fit into the new animation that serves as the narrative framework that takes you from one cartoon to the next.  The cartoons that were used to create this film include Cracked Quack, Apes Of Wrath, Wise Quackers, Ali Baba Bunny, Tweety And The Beanstalk, Bewitched Bunny, Goldimouse And The Three Cats, A Sheep In The Deep, Red Riding Hoodwinked, The Pied Piper Of Guadalupe, Mexican Boarders, One Froggy Evening, and Aqua Duck.
I was only two years old when this was in theaters, but I got to see it on home video and on several occasions when it aired on television.  It's the kind of thing I would watch when I was coloring on the living room floor of my grandparents house when I was growing up. 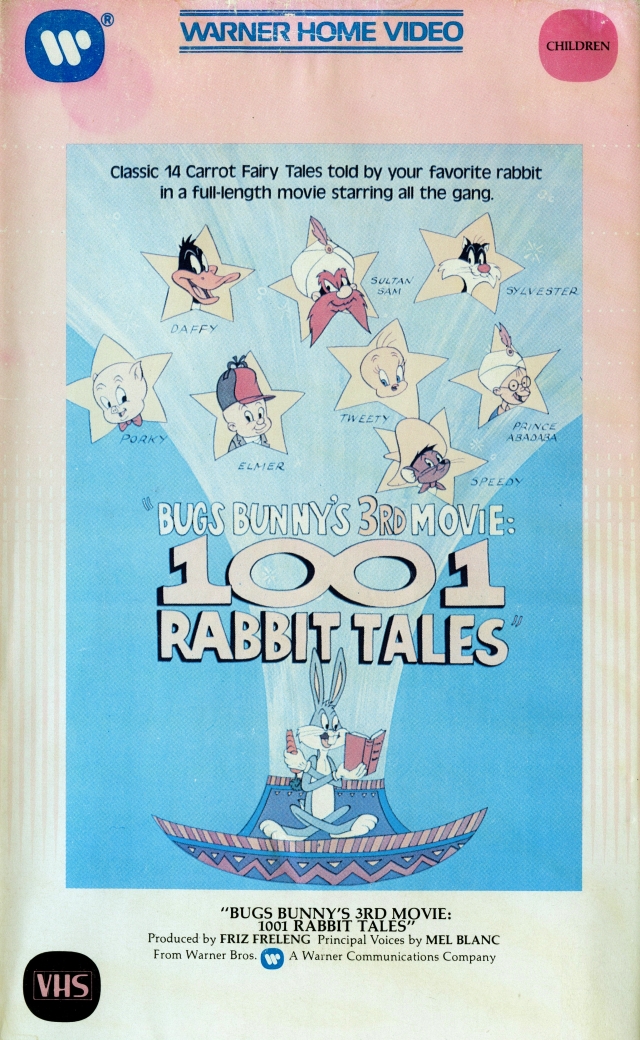 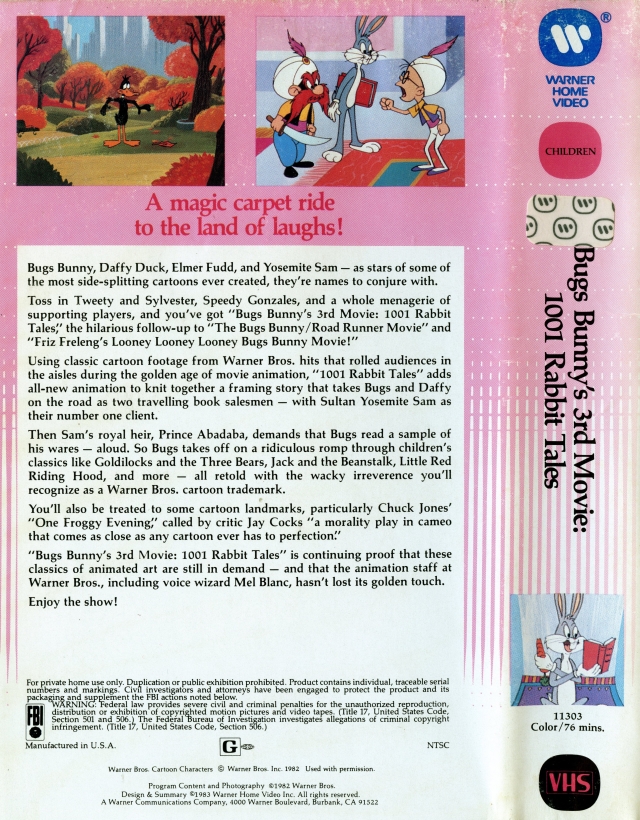 This cover is from a VHS tape that I found at the Hometown Farmers Market a few years ago, and it still plays as good as ever.  It was also released on DVD in 2005 as a part of the Looney Tunes Movie Collection, and it's available to rent or buy through a number of streaming video providers.  There are a number of cuts and alternate audio dubs made to the shorts that were used to make up this film, so I wouldn't necessarily recommend it as the best way to watch these classic cartoons, but it's a pleasant snapshot of its time.  Watching it today is a retro experience of the early 80's to see how folks back then experienced their own retro entertainment from the 50's and 60's.  Woah... that's trippy Doc!