Have You Had Enough Pain? 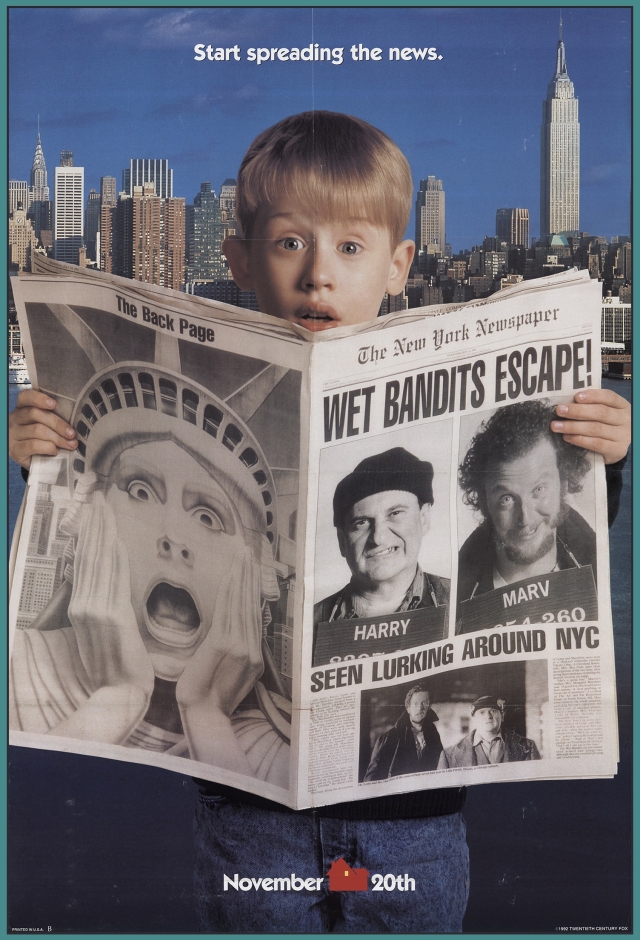 Home Alone 2: Lost In New York
20th Century Fox (1992)
While I loved Home Alone as a child and still love it today, I can't really say the same thing about Home Alone 2: Lost In New York, which is turning 30 years old today.  I didn't see it in theaters when it was first released, and I didn't rent it when it came out on home video.  In fact, I'm pretty sure that I was in my mid 30's the first time I saw it, so what I'm about to say comes without any warm and fuzzy childhood nostalgia influence.
Home Alone 2 is not a horrible sequel like Airplane 2 or Caddyshack 2, but it's pretty clear that it only exists as an effort by the studio to strike while the iron was hot and squeeze as much money out of this property as they could.  It must not have been enough because they made four more Home Alone movies after this, and each of them make Lost In New York look like an Oscar candidate in comparison.
Despite this not being the most flattering review of a movie ever written, there is still some fun to be had watching Home Alone 2 during the holiday season.  It's not a must-see film by any means, but there's enough here to categorize it as "so bad it's good".  It tells pretty much the same jokes as the first film in a different setting, but it's still better than most of the made-for-tv Christmas movies that get paraded out on cable tv every year if you're looking for some festive background noise.