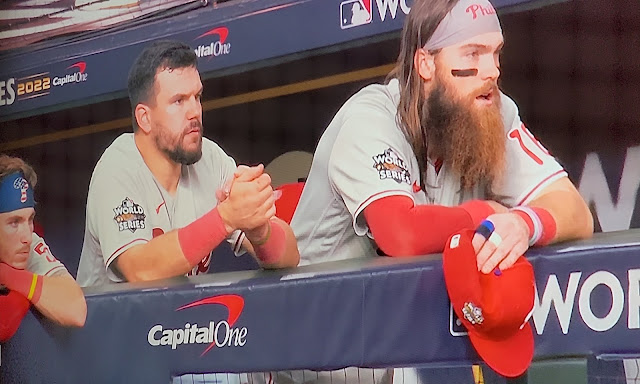 The magic finally ran out after Game 3.  The bats went cold, and Rob Thomson's trust in his guys started to look more and more like a stubborn refusal to make adjustments to his game plan when the situation called for it.  Still, this World Series loss can't be blamed on any one person, moment or thing.  The Phillies kept up with the Astros for the first three games of the series, but they were outplayed in every aspect of the game from then on - pitching, the bullpen, defense, managerial decisions, and at the plate.  The Astros deserved this win.  Congratulations to Dusty Baker for his first world championship.  He is truly a class act and one of the greats of this sport.  Congratulations also to Hector Neris - one of my favorite Phillies players in recent memory who has won a ring in his first season since leaving Philadelphia.
There are changes that I think this team needs to make going into 2023.  I'm hopeful that Castellanos will bounce back and play like the guy that he was in Cincinnati, but I think it may be time for this team to move on from Rhys Hoskins.  His hot streaks are unbelievable, but when his bat goes cold, it goes ice cold, and his defense is atrocious.  Same goes for Zach Eflin.  He's too injury prone, and if he was going to develop into a consistently reliable mid-rotation starter, it would have happened by now... but enough of that for the moment.  The season is over, and it's time to take a deep breath and to appreciate the fact that the Phillies gave us something to cheer for in the post-season for the first time in a long time. 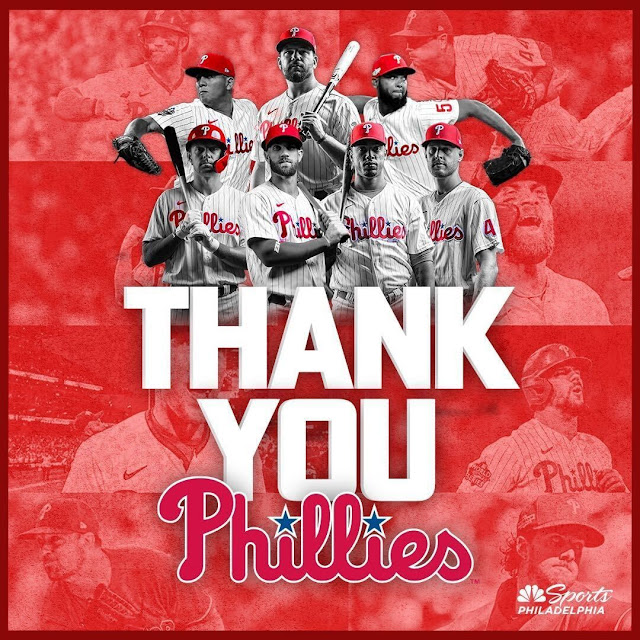 Congratulations to the 2022 National League Champion Philadelphia Phillies.  It was a hell of a run.