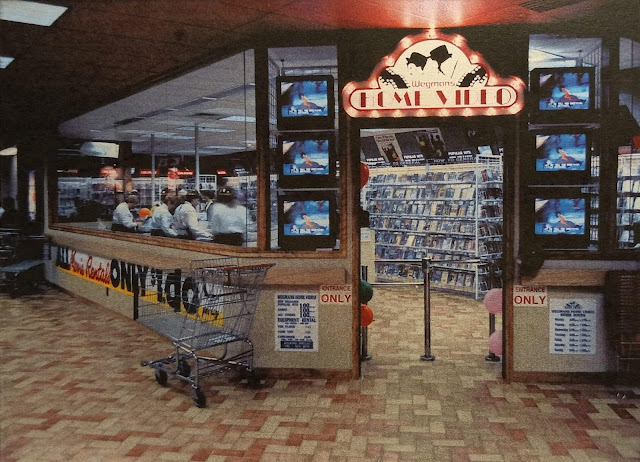 Wegmans Home Video
Wegmans (1992)
On Tuesday of last week, AxlCobainVedder posted four photos to Reddit of a video rental shop from the inside of Wegmans Food Markets. 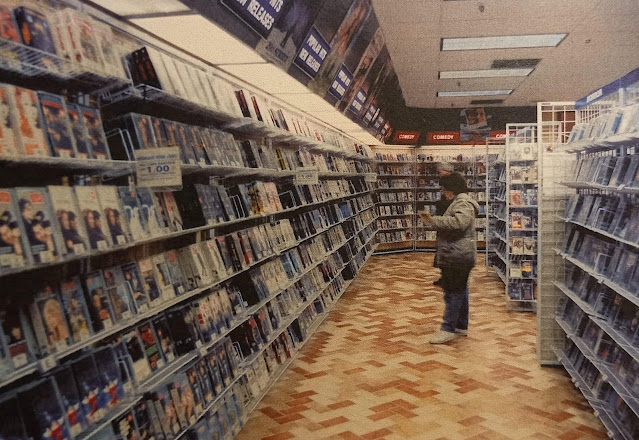 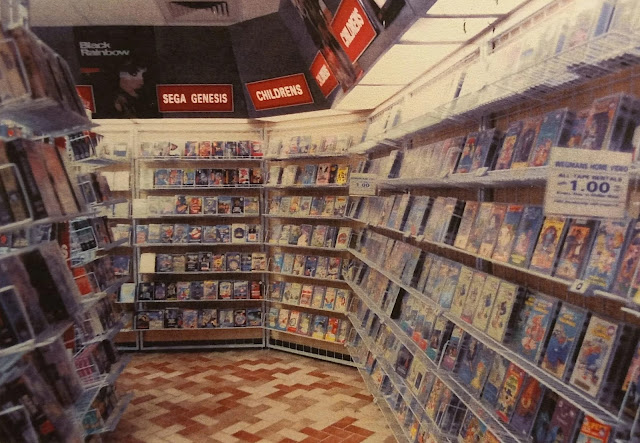 There's no mention of the original source of the photos, so I'm not sure which location these photos were taken at.  It looks similar to the rental shop that was inside of the Wilkes-Barre, Pennsylvania supermarket, but I imagine that each store followed the same plans when they were setting them up, so these could have come from any Wegmans location.
There was, however, a clue as to when these photos were taken. 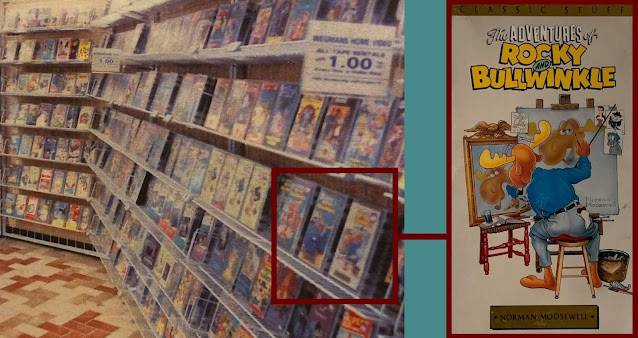 The fact that there was a Sega Genesis section suggests that these photos were taken in the early 90's.  The boxes on the shelves are a bit blurry, but there was one in the foreground that jumped out at me because I had it when I was a kid.
My dad and I are both big fans of Rocky & Bullwinkle.  I remember that for Christmas in 1991, he gave me six VHS tapes of the cartoon series that were released that year.  The box covers for each tape were parodies of famous paintings.  The next year, they released Volume 7 and 8 in the series, and Volume 8 was my favorite.  It was called Normal Moosewell, and it had the episode where Rocky and Bullwinkle play college football for a team called Wossamotta U.  I must have watched that tape a thousand times when I was a kid, and it made me laugh like hell every time.
So, long story short, I'm pretty confident that these photos couldn't have been taken any earlier than 1992.  It's possible that it was taken later, but the Norman Moosewell tape was the newest release that I could make out in any of the photos. 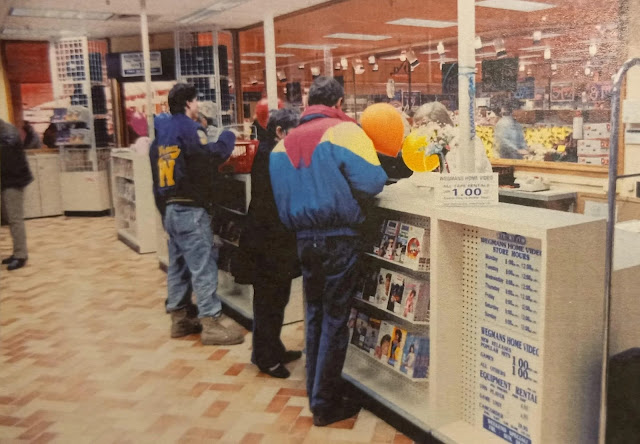 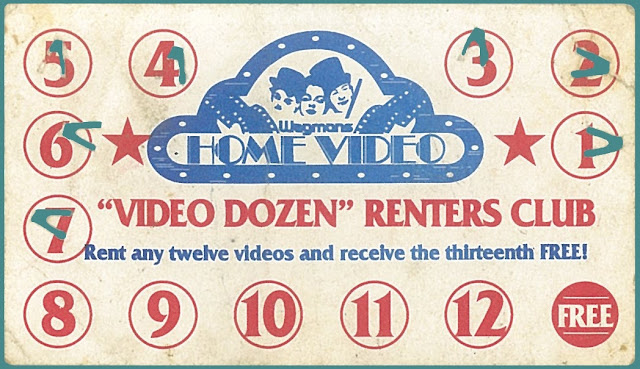 I never lived close enough to a Wegmans to make them a practical place to rent movies, but I did buy a few of their previously viewed cassettes over the years.  The counter had a little caddy of Video Dozen Renters Club cards.  These allowed you earn a free rental after you rented a dozen VHS tapes or video games.  This example was scanned and shared by The VHS From Heck on Tumblr a few years ago. 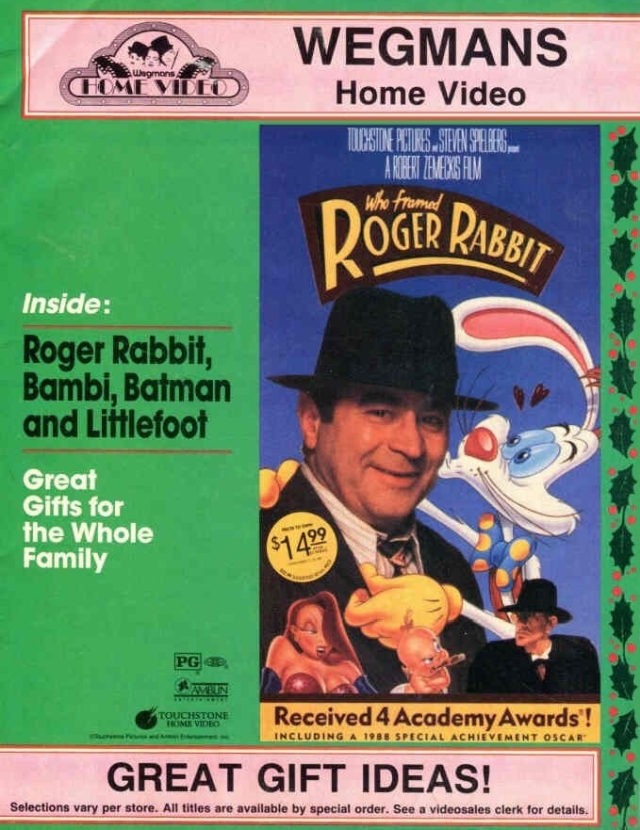 Last, but not least, there was a short-lived Wegmans Home Video Magazine that was available in their rental shops.  Short-lived is perhaps a bit of an understatement, because this was the only issue that was ever published according to MovieMags.com.  This scan of the magazine's cover was shared to the database by Garry Malvern and it features Who Framed Roger Rabbit on the cover with a row of Christmas holly berries and leaves on the right hand side.  This suggests that this magazine was available at the rental shop in December 1989.