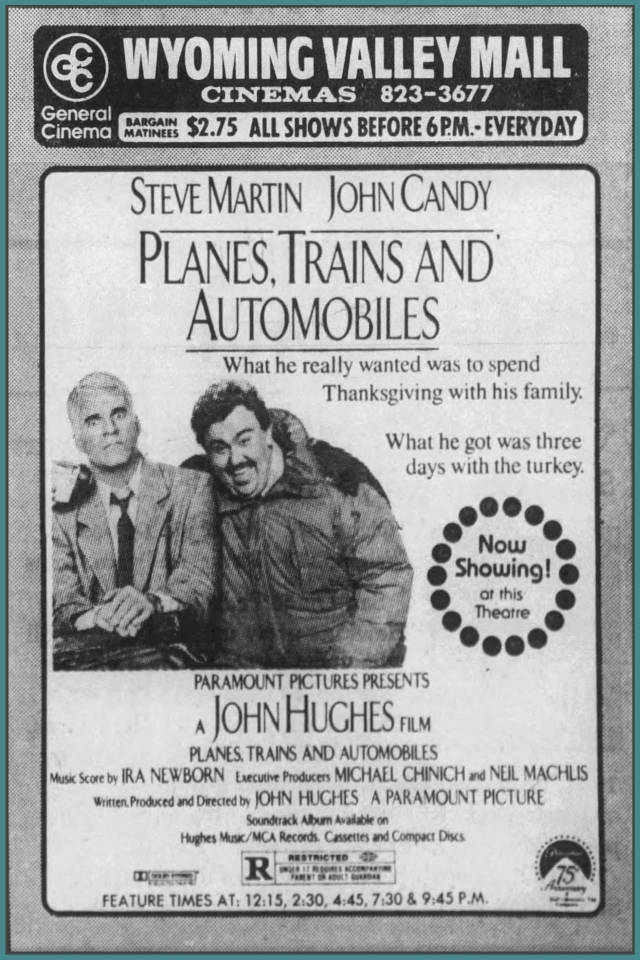 Planes, Trains and Automobiles
Paramount Pictures (1987)
My favorite movie to watch this time of year is the 1987 John Hughes comedy: Planes, Trains And Automobiles.  The Thanksgiving classic, which stars Steve Martin and John Candy, premiered in theaters 35 years ago today. 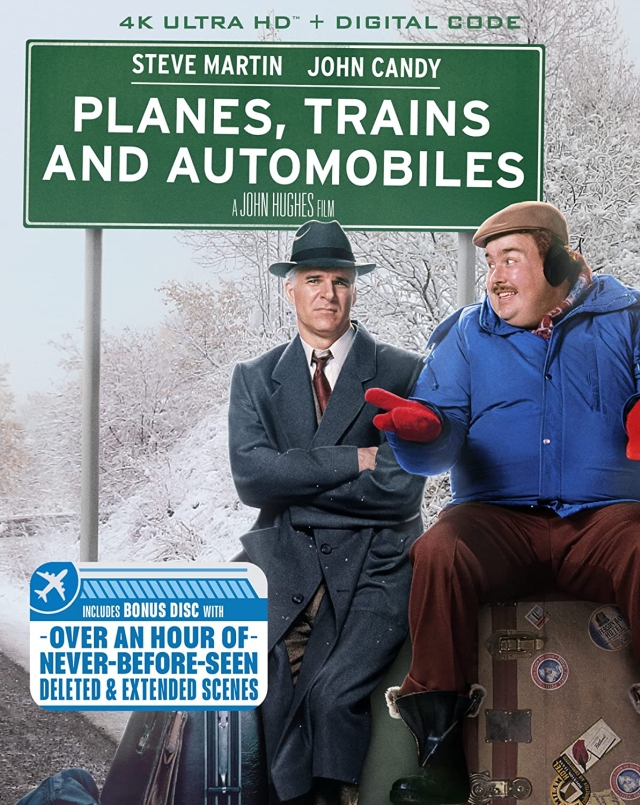 For as much as I love movies, I never got on board with Blu-Ray.  By the time the format was released, I had amassed a ridiculously large collection of movies on VHS and DVD, and I didn't have the money, shelf space or desire to start over from square one just for the sake of better picture quality.  However, I may need to go ahead and pick up my first high definition home video with the most recent release of this movie.
The deleted scenes from Planes, Trains And Automobiles have been sought after for many years.  The runtime of the theatrical cut of this film is 92 minutes, but the first cut of the film clocked in at a whopping 3 hours and 45 minutes.  A couple of minutes worth of deleted and extended scenes have trickled out in the years since this movie first appeared on home video, but the bulk of this content has never been seen and was thought to have been lost.  This 4K Ultra HD release of the film which hit store shelves earlier this week includes a second disc with 75 minutes of material that was left on the cutting room floor.  It's probably the closest thing to a remastered directors cut that we're ever going to see.