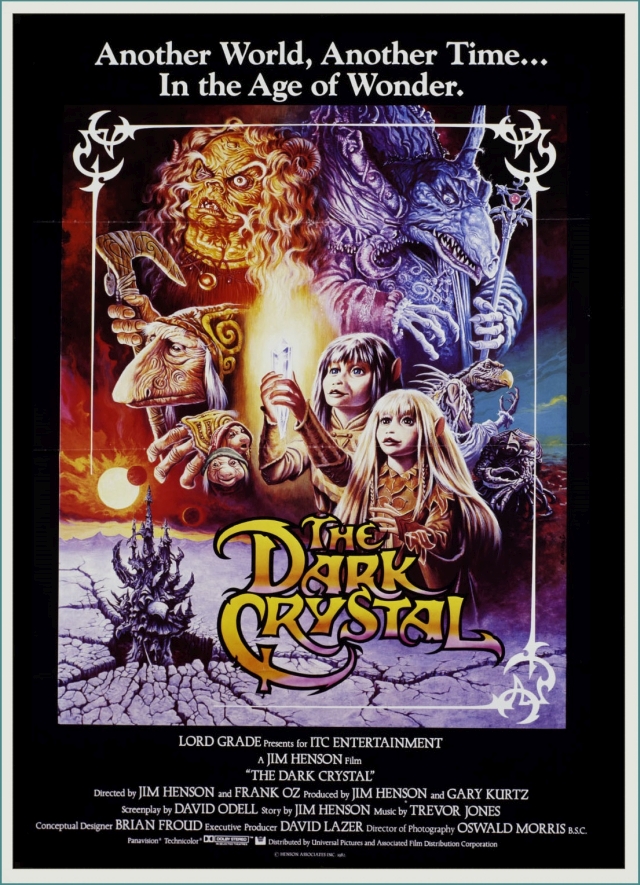 The Dark Crystal
Universal Pictures (1982)
Forty years ago today, an incredible dark fantasy film was released in theaters at 858 theaters across North America.  The Dark Crystal was written my Jim Henson and co-directed by he and Frank Oz.

Many critics and fans didn't quite know what to make of it at the time, but that didn't stop it from becoming one of the highest-grossing puppet animated films of all time.  The film has gone on to be appreciated as a cult classic during the late 80's and 90's as it found even greater success on home video.

This is one of the many classics that I didn't discover until I worked at Blowout Video during the summer of 1999, but now that I think about it, I'm not sure if I have ever watched the movie in its entirety in the years since.  It's available to stream on Showtime, so if you're like me and can't get to sleep and you need a break from all of the holiday specials, set an hour and a half aside and take a trip into Planet Thra.