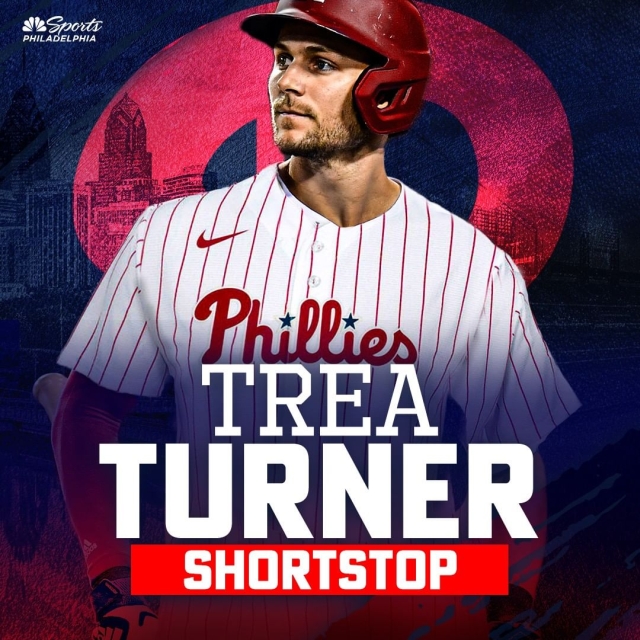 Trea Turner
Philadelphia Phillies (2023)
The defending National League Champions just brought one of the best shortstops in all of baseball to Philadelphia for the next eleven years.  Trea Turner is from Boynton Beach, Florida, which was my home throughout middle school in the early to mid 90's.  He is a former teammate of Bryce Harper from 2015-2018 and Kyle Schwarber in 2021 (both with the Washington Nationals).  He hits for a high average with some pop in his bat, plays a good defensive shortstop, and has been one of the most productive runners on the basepaths since his rookie year, and at just 29 years old, he will be hitting at the top of our lineup for many years to come.  I couldn't think of a better Christmas present that the Phillies could have given their fans this winter.
Welcome to Philadelphia, Trea!