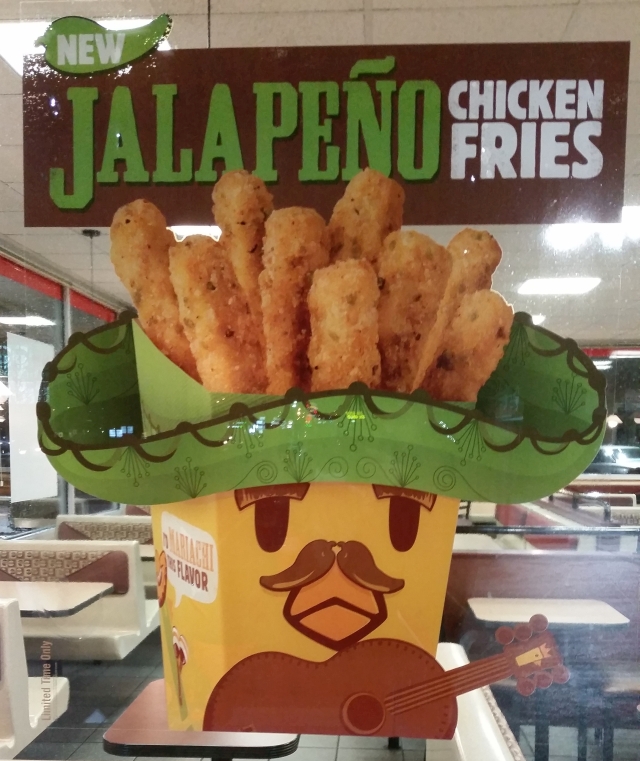 Jalapeno Chicken Fries
Burger King (2016)
BK is really going all in on the marketing for their Chicken Fries.  I don't know how I feel about a chicken mariachi band member that carries its own cooked flesh in its sombrero.  They're pretty good, but nothing is as tasty as the Chicken Tenders they used to have back in the 80's and 90's.  Those had a pepper breading that made them tastier than any chicken at any fast food restaurant I've ever eaten. 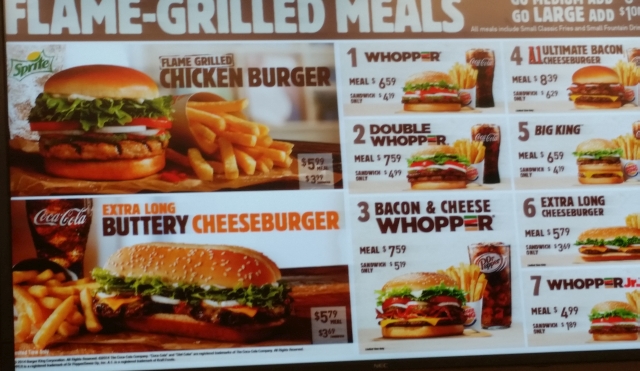 Speaking of Burger King gimmicks from the past, they seem to have brought back two more of my favorites.  The BK Broiler was my favorite menu item when I worked at Burger King as a teenager in the mid 90's.  They brought it back in 2002 as the Chicken Whopper, but it was marinated in some kind of glaze and didn't taste as good.  Now it appears to have been rebranded as the Flame Grilled Chicken Burger.  It's not the most appealing name they could have chosen, but it's less weird than the other blast from the past on the menu.

The Extra Long Buttery Cheeseburger may be the strangest name for a fast food sandwich I've ever seen.  It reminds me of a hybrid of a Whopper with Cheese and the Chopped Beefsteak from the early 80's.  It's served on the same bun as the Specialty Sandwich and International Chicken Sandwich line.