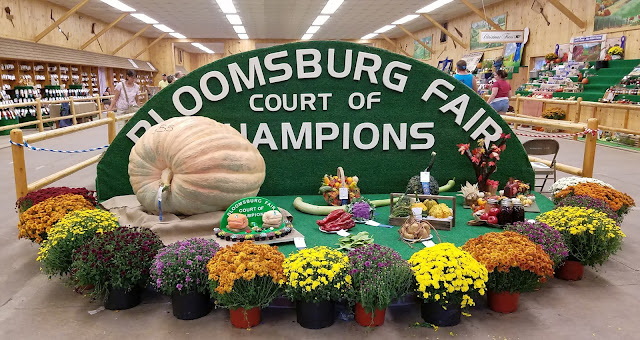 Agriculture Building
Bloomsburg Fair - Bloomsburg, PA
While I was thinking about what to write here, it occurred to me why I like these buildings, and the Fair in general, as much as I do.  I wasn't raised as a farm kid who joined 4-H or anything like that, and while I do like planting the occasional juniper bush in the back yard, I'm not especially interested in gardening.  I think that I enjoy these displays because I have a mild interest in these things, and the Fair is like a sampler platter.  I look forward to the Olympics for the same reason.  I really don't care too much about swimming or bike races or bobsledding, but I can watch it once every four years and have a good time.
The Agriculture Building is next door to the Horticulture Building that I wrote about earlier.  While the Horticulture Building showcases things like flowers, shrubs and other greens, the Agriculture Building is where you'll find displays relating to fruit and vegetables.  It's also where you find the cookies, pies and cakes that were submitted for judging, and a couple of other things.  When you first walk into the building, there is a Bloomsburg Fair Court of Champions where some of the grand prize winners are displayed.  I can't say for sure if the same types of things are here year after year, but there is always a massive pumpkin 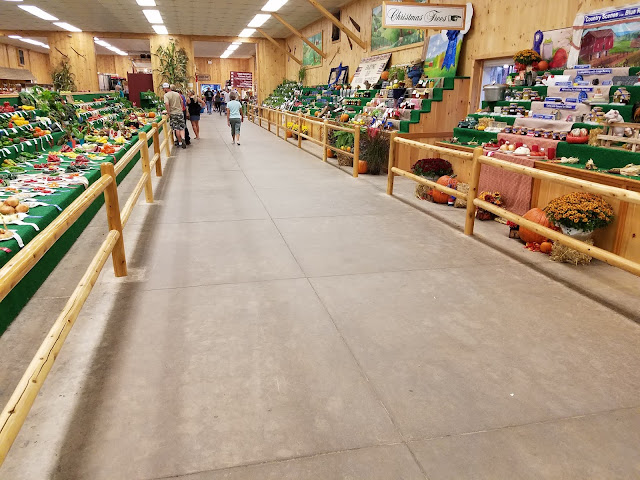 The building is set up with two very long walkways with displays on the left and right with a few intersecting hallways to join the two.  Most folks seem to walk down the right side to the end of the building and then loop around and come back down the left side toward the entrance.

There's a food stand called The Apple Cart in the far right hand corner of the building that I make a point to stop at every year for an apple cider float.  It's nothing fancy; just a few scoops of vanilla ice cream and apple cider in a cup, but it really hits the spot after a long day of walking around in the sun.  Also, it's only three bucks, which is a pretty terrific value for a tasty dessert at the Fair. 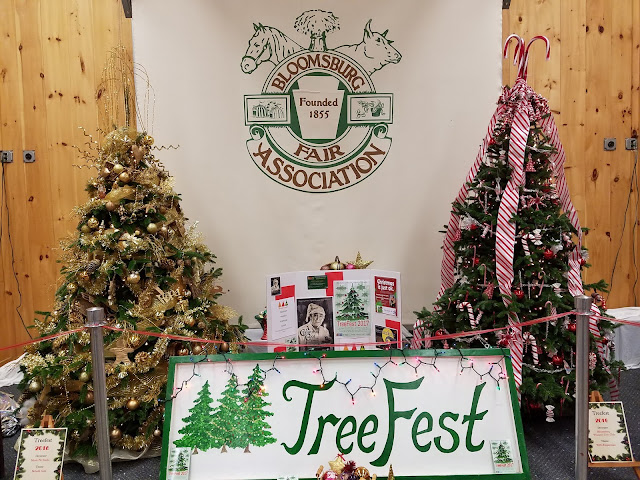 There is an outdoor area between the Horticulture and Agriculture buildings where you'll find lots of undecorated trees, but the back wall of this building is set up for trees that have been decorated by local organizations for Bloomsburg Tree Fest. 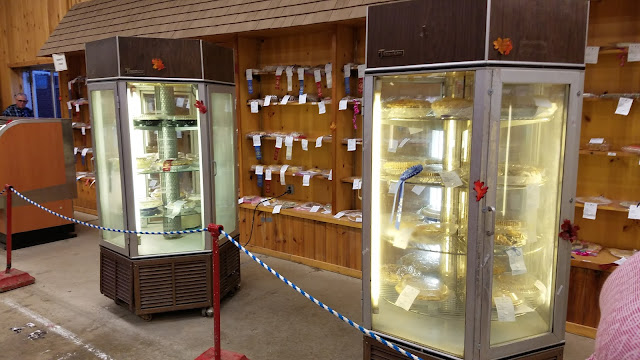 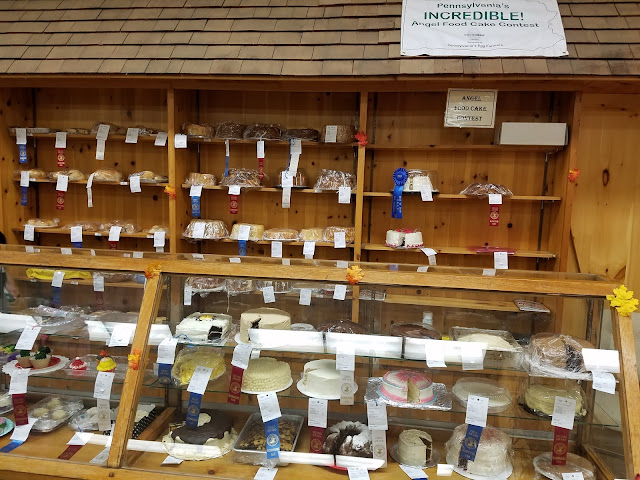 The left wall of the building is mostly dedicated to baked goods, like cakes, cupcakes, cookies and pies.  I've never been there for the judging.  In fact, I'm not even sure when the judging takes place.  However, if they ever want to raise a ton of money for charity, they should sell raffle tickets for a seat on the judging committee.  I'd buy a ton of 'em.

A lot of the cakes are made to look like other things.  These three are my favorite from this year's entries. 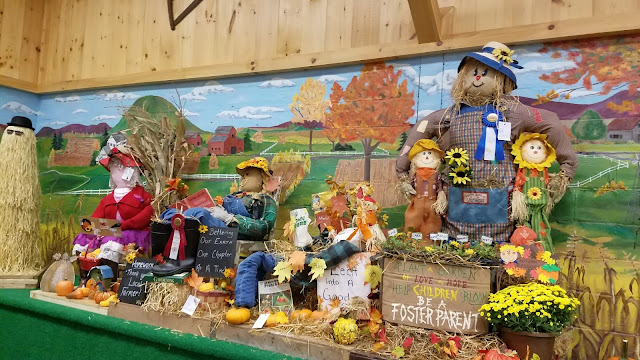 The left corner nearest to the entrance of the building where the scarecrow display is kept.  It's usually a mix of social groups and pop culture references.
So, that's the Agriculture Building at the Bloomsburg Fair.