Imagine Being Able To Be Magically Whisked Away To... When I was a kid, I used to make a lists of just about everything.  One of those lists was the states that I have visited.  This list started when I was eight years old and I went to Hawaii with my mother and my maternal grandparents (the Hawaiian side of my family).  At the time, the list consisted of Pennsylvania, New Jersey, Illinois (we had a layover in Chicago) and Hawaii.  Two years later, I took a road trip with that same set of grandparents and Uncle Kuuipo to visit Uncle Sumo and his family in Provo.  This meant that I more than doubled my list, adding Ohio, Indiana, Iowa, Nebraska, Wyoming and Utah to the list.  In the years that followed, I visited many other states for various reasons, but I never thought I'd ever have a reason to go to Delaware.  However, the quickest route from the Timeline Arcade to Citizens Bank Park takes you through Maryland and Delaware before looping you back up to Philly, so it was off to the first state of the Union I went.
I haven't thought about that list that I used to keep as a kid in a long time, but if I ever find it, I'll have to go ahead and add Delaware.  I was only here for about a half hour or so, and the only parts of it that I saw were the road and the rest stop, but what the hell... it counts. 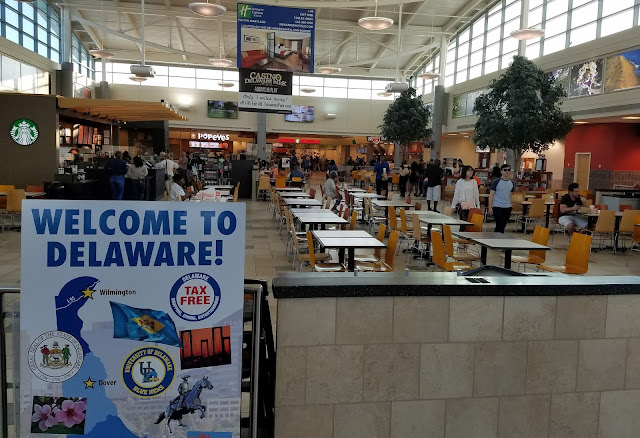 Here's the rest stop.  Thrilling, isn't it?  Apparently, the state of Delaware doesn't charge sales tax, so a Pennsylvania boy like me can save 6% on any of the snazzy merchandise available for sale here at the Delaware House Travel Plaza. 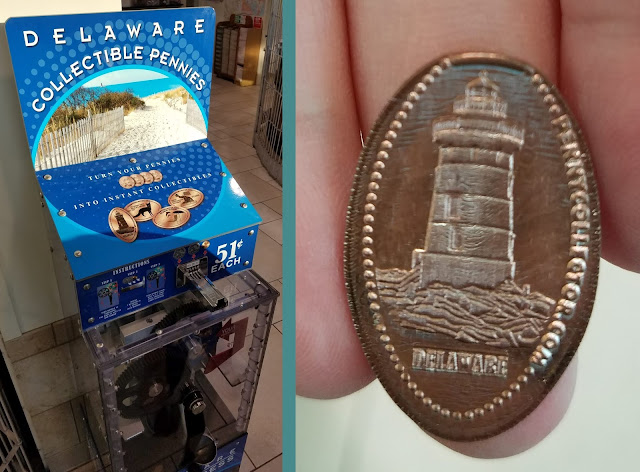 Somehow I managed to resist the urge to search for a Welcome To Delaware sweatshirt, but I couldn't leave without some sort of souvenir.  Fifty-one cents and a few crank turns later, I am the proud owner of this genuine, handy dandy, deluxe, heavy-duty squished penny with a picture of a lighthouse on it.  Deleware... I'll never forget you.