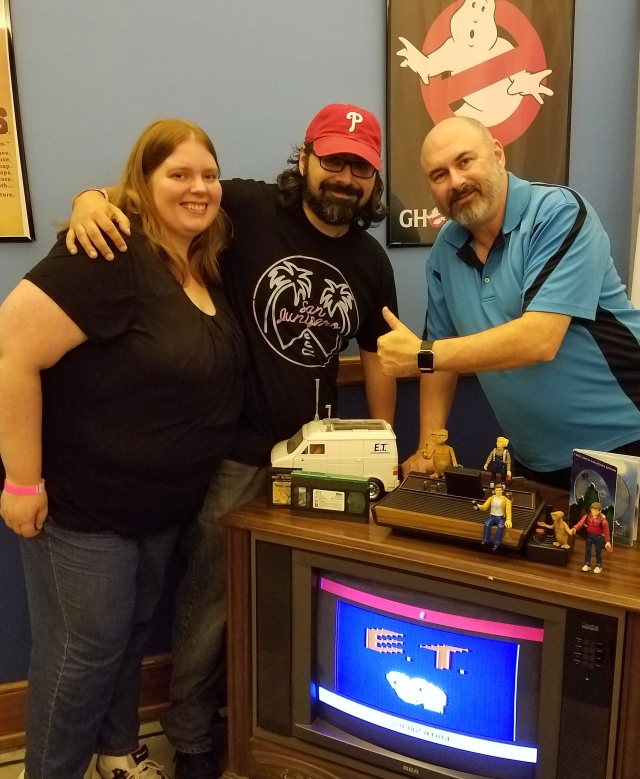 Howard Scott Warshaw
Timeline Arcade - Hanover, PA
Today, I had the opportunity to meet Howard Scott Warshaw at the Timeline Arcade.  Mr. Warshaw worked for Atari in the early 80's.  He designed and programmed Yars' Revenge, Raiders Of The Lost Ark and E.T. for the Atari 2600.  I had each of these games when I was a kid and enjoyed all of them very much... yes, even E.T.

In the years since his time at Atari, Mr. Warshaw went back to school and became a licensed psychotherapist.  I asked him about this, and he said that his career path was inspired by the need to provide therapy for gamers still suffering from E.T. falling into the pit.  He was a genuinely cool dude, and I'm glad to have had the chance to meet him. 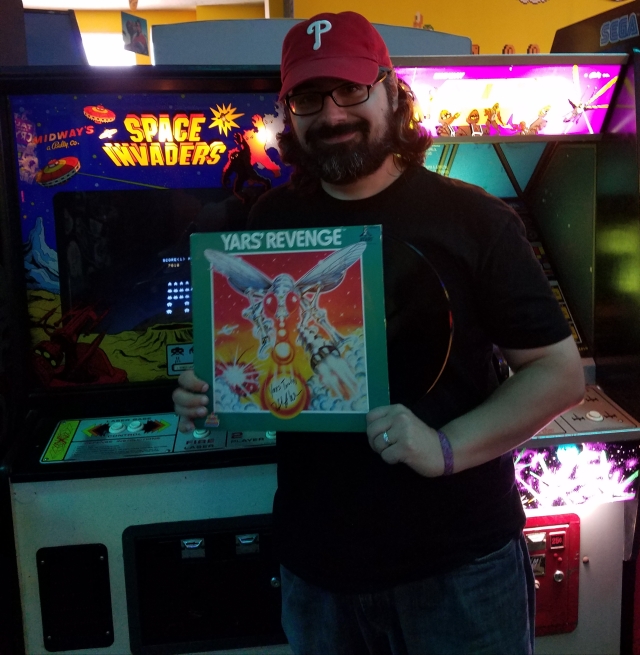 Mr. Warshaw was signing autographs, so I asked if he would sign my Yars' Revenge record.  This album was released in 1982 by Kids Stuff Records and it plays a few songs and a story based on the one from the instruction manual from the Atari game.  You can listen to the record on YouTube.  He wrote "Yars Truly" above his signature on the album cover.