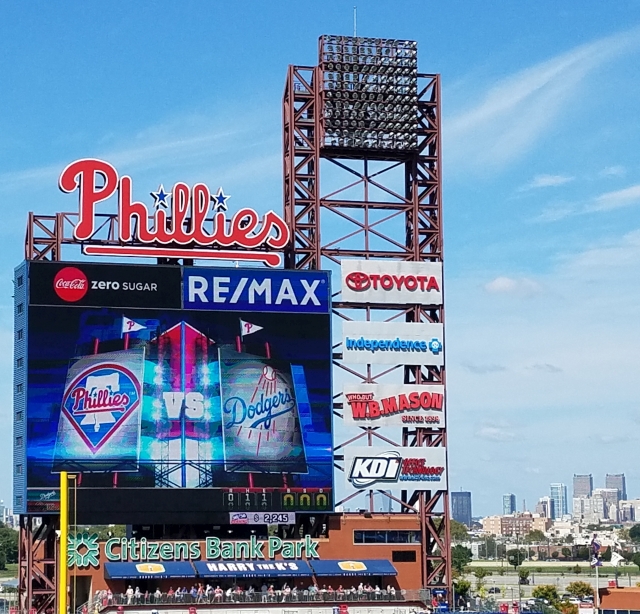 Pitching: Mark Leiter Jr vs. Kenta Maeda
Results: Dodgers defeated Phillies, 5-4
I originally got tickets to the last Dodgers game at Citizens Bank Park this season because there's a decent chance that it'll be Chase Utley's last game in Philadelphia.  What I didn't expect is that we would see the game where the Dodger's clinched a tie for the NL West division title.
The Dodgers came to town on Monday with 96 wins under their belt and a chance to reach the 100 win plateau at the Phillies expense.  Thanks in part to "Little Superman" Aaron Altherr, who homered in three consecutive games, the Phillies shut down the Dodgers and called upon Mark Leiter Jr this afternoon to go for a four game sweep. 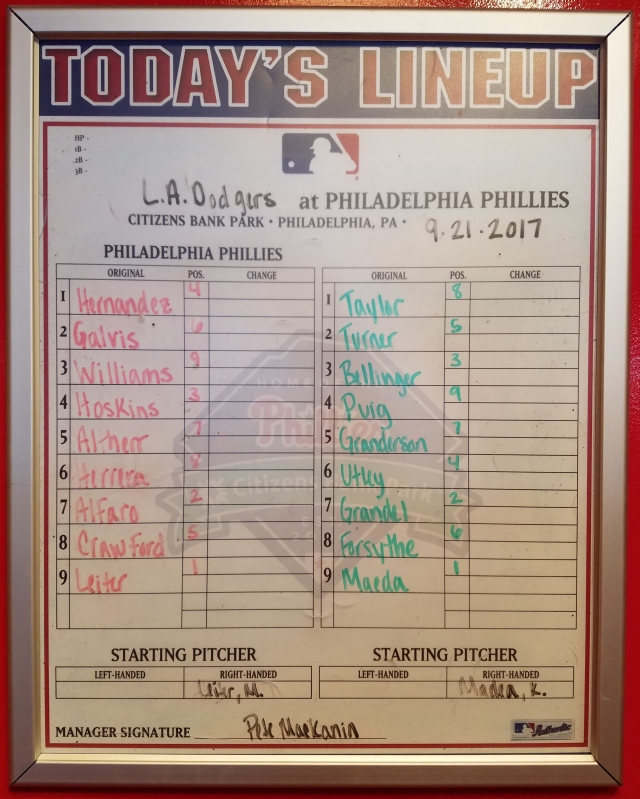 I can't get over how young the Phillies lineup is as we close out the 2017 season.  Freddy Galvis is the only player in tonight's lineup who was born before 1990, and the 27 year old infielder just barely missed the cut at Nov. 14th, 1989.  The youngest person in the lineup was third baseman JP Crawford at 22 years old.
The Dodgers didn't waste time getting on the board.   Chris Taylor led off the game with a single and advanced to third on Aaron Altherr's error.  Justin Turner was hit in the hand by a pitch to put runners at the corners with no outs.  Thankfully, Leiter settled down and limited the damage to a single run after a Yasiel Puig sacrifice fly.
Justin Turner ended up getting pulled from the game in the next inning, hopefully as a precaution.  This led to a pretty massive shift around the diamond for the Dodgers in the bottom of the 2nd.  Logan Forsythe was moved from shortstop to third base to replace Turner in the field.  Chris Taylor moved from center field to shortstop to replace Forsythe.  Cody Bellinger was shifted from first base to center field to replace Taylor.  Chase Utley moved from second base to first base to replace Bellinger.  Finally, Austin Barnes was brought into the game to replace Utley in the field and to take Turner's spot in the lineup. 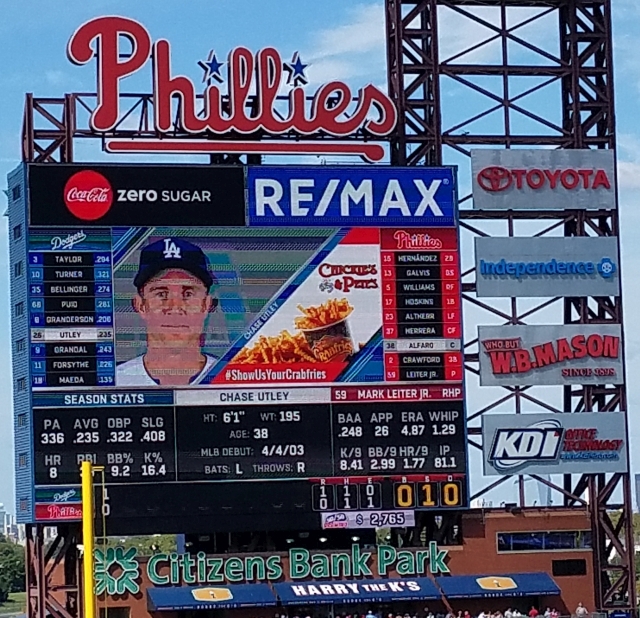 Phillies legend Chase Utley received a loud and well-deserved ovation every time he came to the plate.  He didn't have a great night at the plate.  He went 0-3 with a strikeout, and was replaced by pinch hitter Charlie Culberson in the top of the 8th, which brought boos from the crowd.  The strategy didn't pay off for the Dodgers, as Victor Arano struck him out on four pitches.
I wanted to bring Dad to this game because there's a decent chance that this will be Utley's last game in Philadelphia.  He's a free agent at the end of the season and he's not the player that he once was, so it's not too unrealistic to believe that he may either retire at the end of the season or sign with an American League team to DH.  Either way, he has had a hell of a career and I think he's more than deserving of a spot in the Hall Of Fame. 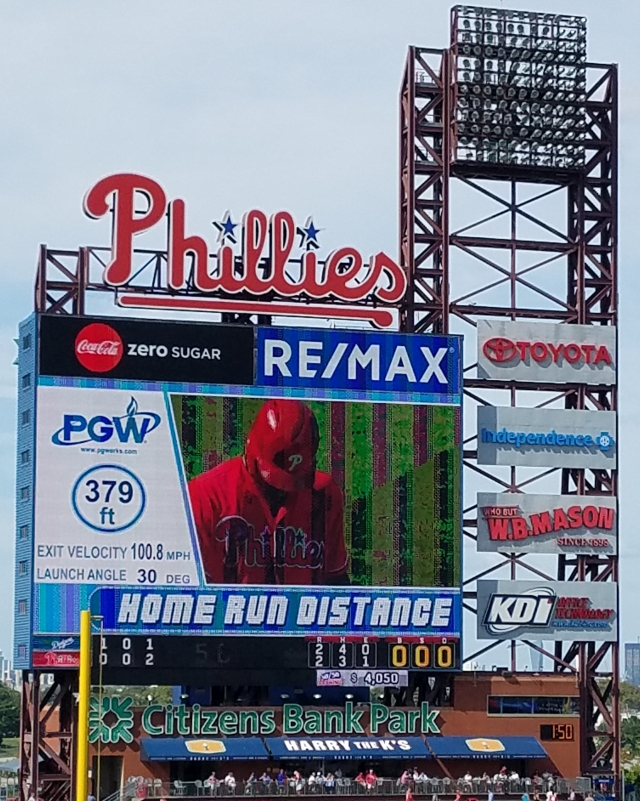 Nick Williams hit a two run homer off of Kenta Maeda in the bottom of the 3rd to tie the game, and Rhys Hoskins hit a two run double in the bottom of the 5th to put the Phillies ahead 4-2.
The Dodgers began to climb back in the top of the 6th with a Curtis Granderson solo home run.  They tied the game with another solo shot in the top of the 7th, this time off the bat of Andre Ethier.  This was immediately followed by a Chris Taylor triple.  He scored on a Cody Bellinger groundout to give the Dodgers a 5-4 lead, which they held for the rest of the game. 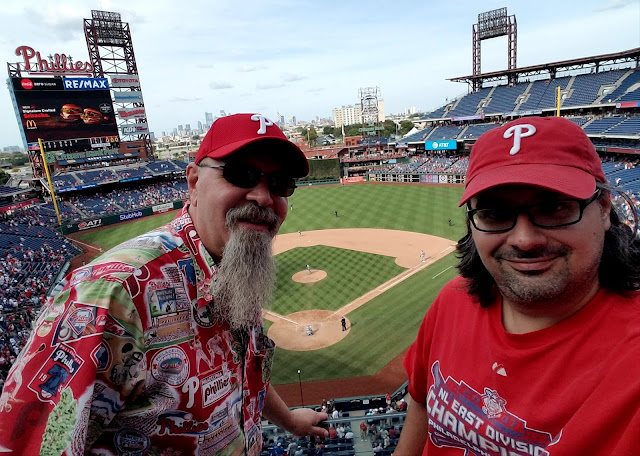 The Phils didn't win, but it was a fun day at the ballpark, and I'm very glad I got to share it with my pop.