Bull At The Ballpark 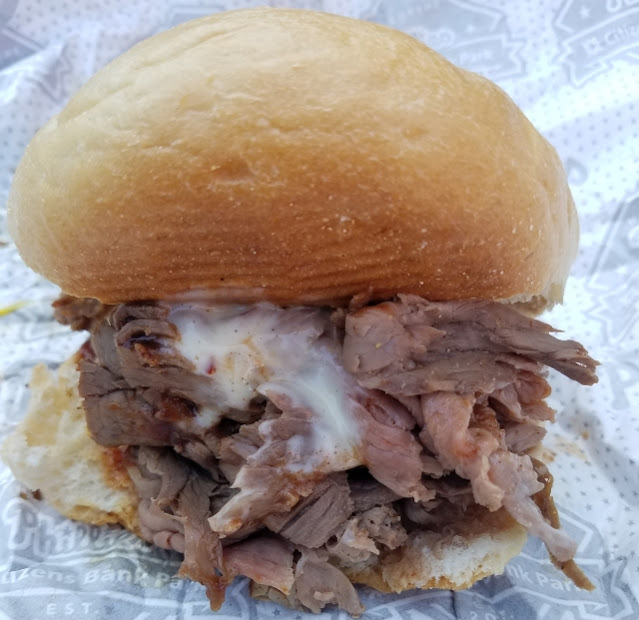 Bull's Pulled Pork Sandwich
Bull's BBQ - Citizens Bank Park - Philadelphia, PA
If you listen to the media's description of Philadelphia fans, you would think that we're all bloodthirsty savages who chuck batteries at each other while booing Santa Claus.  In reality, the most aggressive thing I've ever witnessed over the past twenty years of attending games in Philly is a bit of mild heckling of a fan in a Braves jersey after a Phillies Opening Day loss in 2009.  To even call it "heckling" is a bit of a stretch.  I've heard worse from my grandparents at the dinner table over the fact that I enjoy spicy foods.
Truth be told, the biggest problem you're ever likely to have at Citizen's Bank Park is deciding on what to eat.  There's so much incredible food at this ballpark that it is literally impossible to try everything on a single day, even if it's a double header. 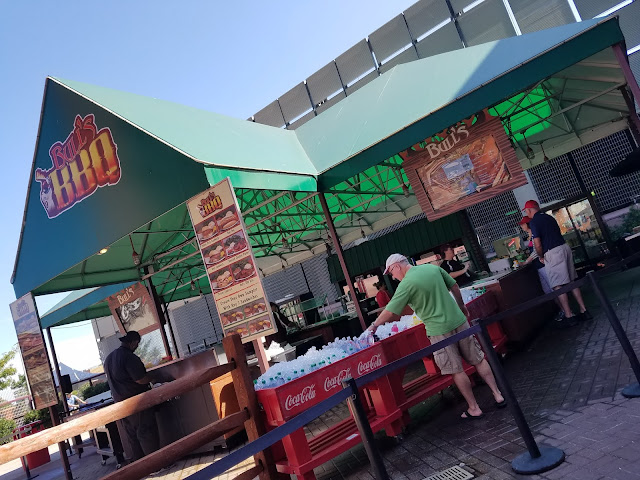 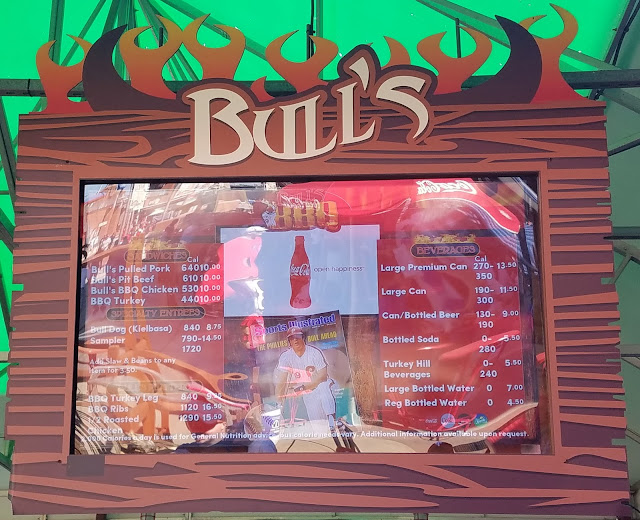 For today's game, Dad and I had lunch at Bull's BBQ - a restaurant in the ballpark that is owned and operated by World Series Champion, Greg "The Bull" Luzinski. 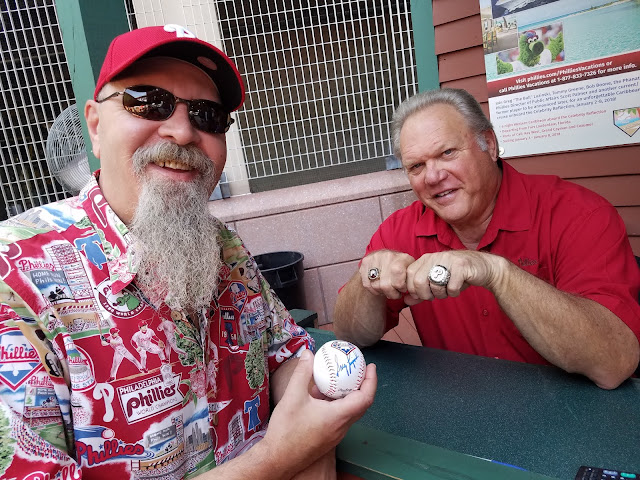 The four-time All-Star left fielder is frequently at the restaurant to meet with fans and sign autographs.  Dad got to meet him today and he signed a baseball for him.