In The Name Of The Father, The Son, And The Holy Suplex 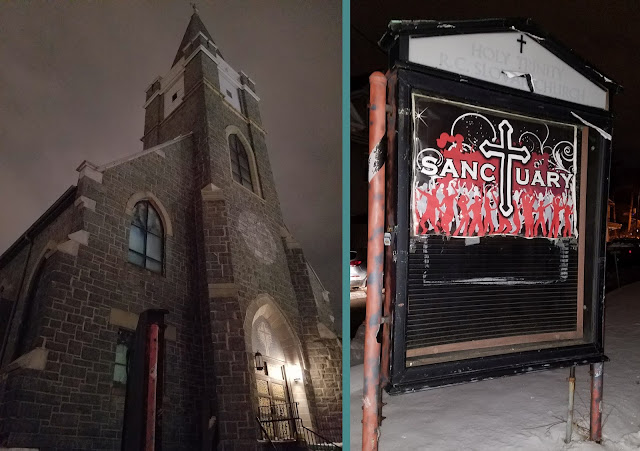 The Sanctuary
Wyoming Street - Hazleton, PA
I first met Jon Trosky in the late 90's.  He ran a kiosk outside of Electronics Boutique in the Wyoming Valley Mall in Wilkes-Barre.  He was selling pro wrestling VHS tapes, and there was a small TV/VCR combo unit set up that was showing some of the backyard wrestling that he did under his alter ego, Supreme Lee Great.  I talked with him for a little bit, and I mentioned that there was a training school and indy promotion in my hometown of Hazleton that was run by Afa the Wild Samoan.
He did end up going to the Wild Samoan Training School and worked shows for WXW in Hazleton, and he had an impressive pro wrestling career, including at least one appearance on WWE television.  I went to a Smackdown tv taping in Wilkes-Barre back in 2006, less than a mile from where I first saw him slinging wrestling VHS tapes, and there he was in the ring with Mark Henry.  You gotta hand it to the dude.  He had a dream and he followed it.
Years later, I bumped into him again during the filming of The Wrestler in New Jersey.  I answered a call for crowd extras, and Jon was working as the referee in the final scene of the movie between Randy "The Ram" Robinson (played by Mickey Rourke) and The Ayatollah (played by Ernest "The Cat" Miller).  This led to a career as a stuntman and stunt rigger in movies and television. 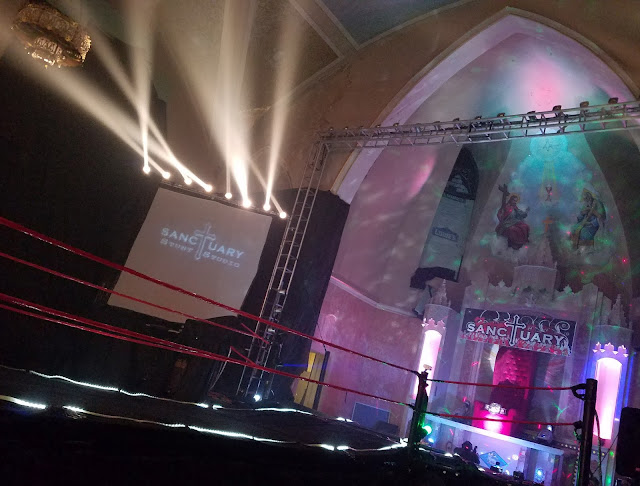 Fast forward about 30 years and everything has come full circle.  Jon is back in Hazleton, but this time he's running his own professional wrestling training school and indy promotion.  It's called The Sanctuary, and the shows are held inside the old Holy Trinity Church on North Wyoming Street which Jon purchased and converted into a pro wrestling venue.  I went to the show on March 9th and it was a lot of fun; just the kind of escape from the outside world that I need right now.  The atmosphere is very cool and eerie.  Most of the original church is intact, which includes incredible artwork on the ceiling.  If you live within driving distance of Northeast Pennsylvania and you like pro wrestling, you really need to check this out. 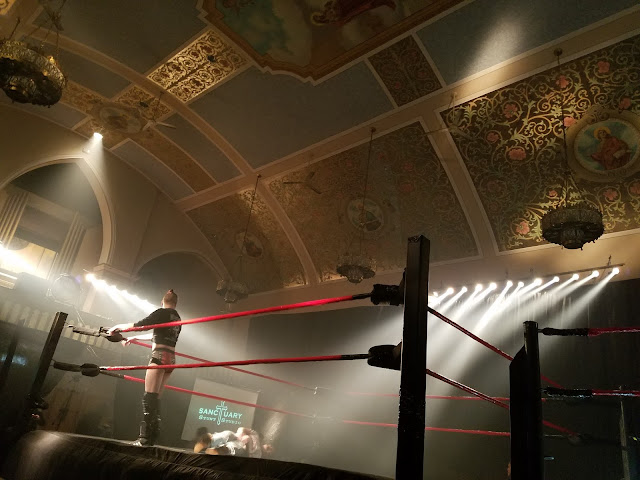