Is Ninja Combat Better Than Sex? 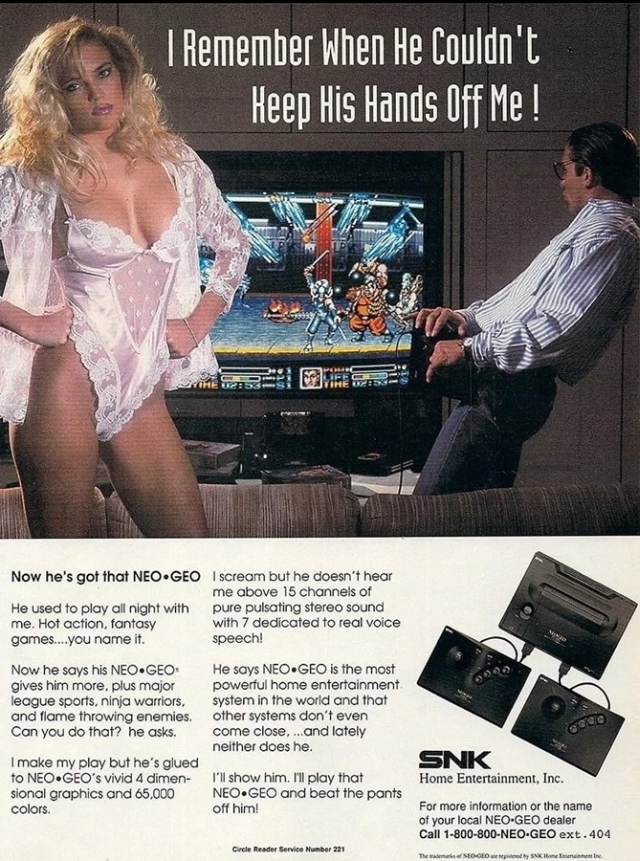 Neo Geo
SNK (1990)
The Neo Geo was released in the United States 28 years ago today.  This is one of the ads that was used to promote it in gaming magazines.  These days, I'm sure people would complain that it's "sexist" (which it isn't in the slightest), but it definitely a brand of humor that you don't often see in video game advertising.  It's also a little strange that they didn't bother to identify the game that the nerd is playing, which is Ninja Combat.

At a price tag of $650 for the system and another $150 for the cartridge, it's going to take a hell of a lot more than a picture of a model in a nightie to pick this over a Sega Genesis.  With inflation to 2018, the system alone would set you back $1,248.