The Stand
Stephen King (1978)
So, you're on lockdown to avoid Covid-19 as it spreads across the world at an exponential rate, and you're looking for a good book to read?  Look no further than my favorite book, which I have read, listened to and watched at least 20 times since I first discovered it as a teenager.

Author Stephen King recently tweeted that Coronavirus is not like The Stand.  The fact that he felt the need to make such a statement speaks volumes.  While he is absolutely correct that Coronavirus isn't as deadly as Project Blue (otherwise known as Captain Trips, Tube Neck and The Superflu), the symptoms of the virus and the way in which it has spread so quickly across the world, and society's response to the epidemic in the early days, are strikingly similar to what we see in the world around us.  Does this mean that the world is going to be wiped out and left with a fraction of a percent of immune survivors?  Of course not.  However, it does mean that there has never been a better time to wash your hands, set up a pile of blankets in a well-lit corner, and dive into this epic horror fantasy novel. 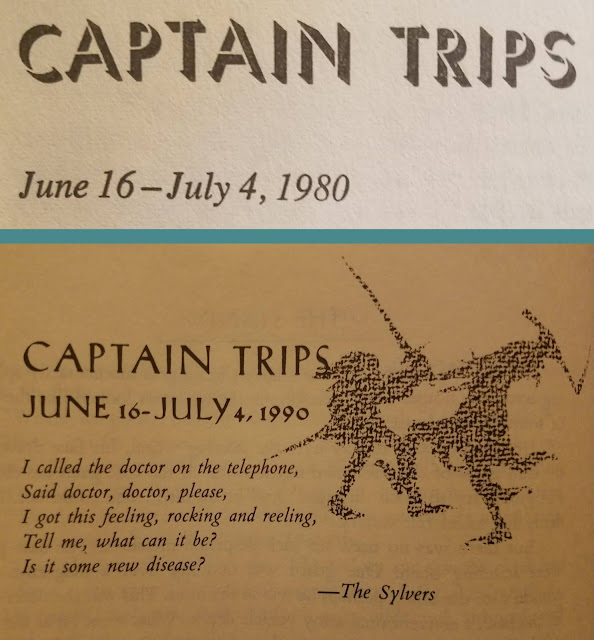 There are a few different versions of the book to choose from.  The original 1978 hardcover publication of The Stand sets the story in the summer of 1980.  When it was released in paperback, it was changed to 1985.  However, the one I strongly recommend is The Complete and Uncut Edition which was released in May, 1990 and sets the story in the same year.  It includes about 400 pages of story that were cut from the initial publication to keep the costs of production down, and please believe me when I say that the extra material is worth reading - particularly Chapter 38 which covers the two week long "second epidemic" which killed 16% of the American survivors. 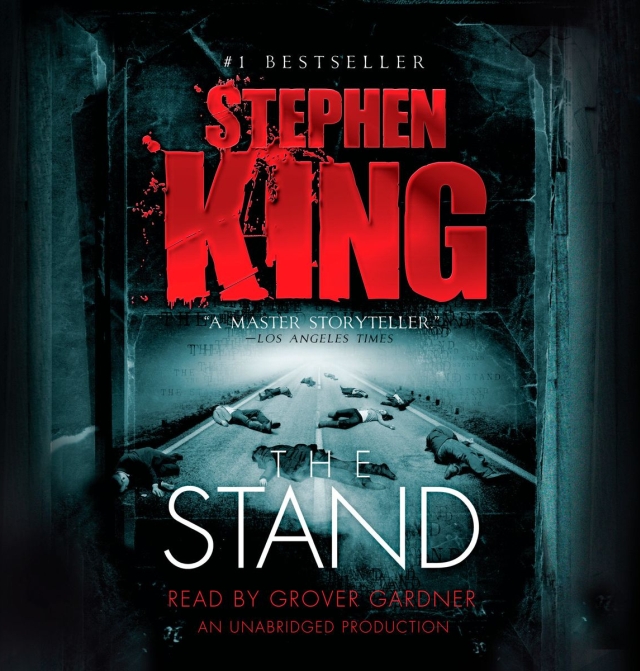 If you prefer to sit in a dark room and immerse yourself in this apocalyptic tale of the death and rebirth of life as we know it, you can download the audiobook from Audible.  It's the complete and unabridged reading of the 1990 publication, and it will keep you busy for a while.  It's nearly 48 hours in length from the Boogie Fever lyrics at the beginning to the fate of The Dark Man at the end.  I started listening to it again a few weeks ago, and I can tell you that it's a surreal feeling to walk the empty aisles of a grocery store looking for dinner and listening to the story of Nick Andros living up to his responsibilities in Shoyo, Arkansas while the world crumbles around him. 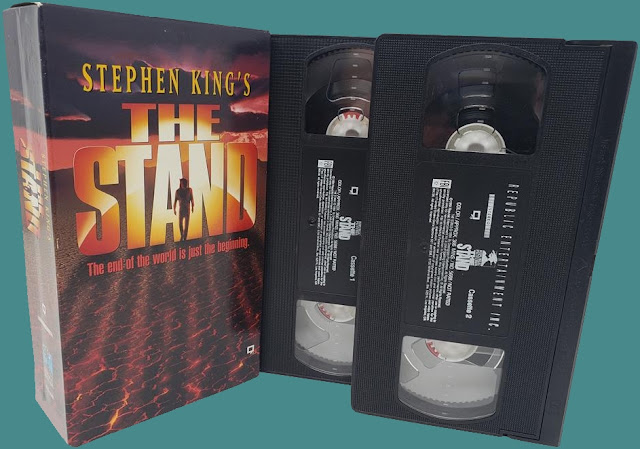 In 1994, ABC aired a mini-series based on The Stand.  It has since been released on VHS, DVD and Blu-ray.  It was once available on streaming platforms, but it seems that the only place to get a digital copy today is Vudu.

I first discovered the mini-series when I was a teenager working at Blowout Video, and I wrote about it a few years ago on the 20th anniversary of its first broadcast.  As you might expect, it's nowhere near as good as the book, but it's definitely not bad.  There are things about it that I love - particularly the score and soundtrack, and the performances of Gary Sinise, Rob Lowe, Adam Storke, Jamey Sheridan, Miguel Ferrer, Ruby Dee and Bill Fagerbakke, and a perfect cameo by Mr. Joe Bob Briggs.  Also, I'm happy to say that my favorite character in the book, Glen Bateman, is brilliantly brought to life by Ray Walston.

The overall plot is the same as it is in the book, but a great deal of the scenes and characters have been changed or cut out of the story entirely.  The most noticeable change to a character in my opinion is Harold Lauder, who is presented in a much more sympathetic light at the beginning of the mini-series than he ever was in the book.  The Leo Rockway character has been stripped to the bone.  Not only do you never learn that the kid has a little bit of The Shining, but you never even find out his real name.  There are many other examples of this, but the last I'll mention here is Nadine Cross.  No disrespect intended to Laura San Giacomo, but I had a difficult time buying into her in that role.  The book presents her as a captivating and troubled woman who had a dark shadow over her long before Captain Trips set her destiny in motion.  Her portrayal in the mini-series is "crazy lady" who Larry Underwood, and the reading audience, would have filed right alongside the spatula throwing dental hygienist without a second thought.

A new series for the CBS streaming platform is currently in production, but with the world dealing with a real-life Captain Trips pandemic, I can't begin to guess at the status of the latest fictional version. 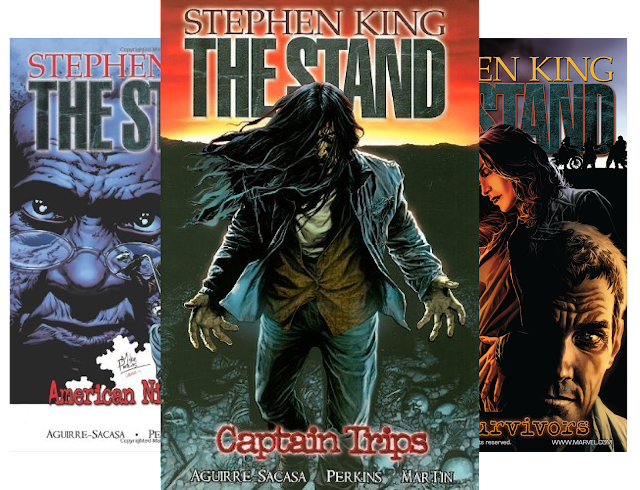 The Complete and Unabridged Edition of The Stand was adapted into a series of graphic novels.  They were written by Roberto Aguirre-Sacasa and drawn by Mike Perkins and Laura Martin.  These books were published by Marvel Comics from 2018 to 2012.  There are 31 issues which divide The Stand into six story arcs.  I've not read them yet, but they're available to download on Kindle, so maybe I'll spend some of my time in quarantine checking them out.

No matter how you choose to experience it, each of the different adaptations of The Stand can be enjoyed from the comfort of your own home without having to leave the house, or even to wait for an order to come in the mail.

The bottom line is that while we can avoid getting sick by washing up frequently and social distancing, we're not going to be able to avoid Coronavirus affecting our lives.  Since that is the case, there are worse ways to spend your leisure time.  Perhaps the time we spend escaping into the fictional world of Stephen King can help us to appreciate how good we have it, even in a time of crisis.