It's A Damn Shame 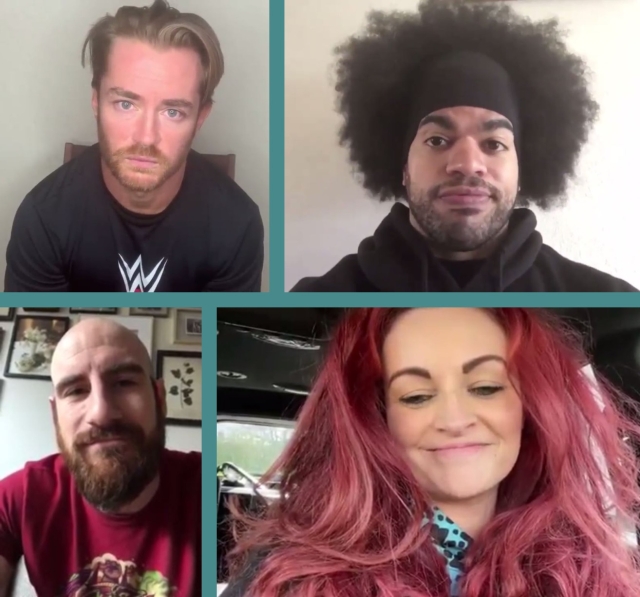 It's getting very difficult to be a fan of World Wrestling Entertainment.  Last week, Linda McMahon's SuperPAC, America First Action, pledged to spend $18.5 million dollars in Florida to support the re-election of a person that I believe to be the most disgusting excuse for a human being to ever set foot in the White House.  By an astonishing coincidence, World Wrestling Entertainment was declared an "essential business" that same day by Republican governor Ron DeSantis, which allows the company to continue putting on live shows from the WWE Performance Center in Orlando.

So, how does the company reward it's employees who are putting their health in jeopardy to violate social distancing guidelines for the sake of their television show?  They fired over 20 of their on-air talent at a time when they're unable to find other employment in professional wrestling, since AEW, ROH, Impact and New Japan have not offered political bribes that allow them to make their own rules during the pandemic.  Likewise, these performers are not able to find bookings on the indie scene because promoters across the world are following social distancing guidelines for the sake of the health of performers, fans and the community.  In addition to the wrestlers who were abruptly fired, the company has furloughed or terminated over a dozen writers, trainers, producers and other off-camera talent, and others are expected to follow in the near future.

How are these men and women going to put food on the table and pay their bills?  Despite record earnings in 2020, even during a pandemic, it appears that the McMahon family couldn't care less.  Frankly, I wonder if the decision to fire these people was motivated by the bankruptcy and financial losses of Vince McMahon's XFL football league.  The timing is very suspicious to say the least.

WhatCulture published a video of the wrestler's reactions to being told that they no longer have a job.  These videos and tweets are truly heartbreaking, particularly James Curtin, who wrestled in WWE as Drake Maverick.  Each of them are truly appreciative for their fans and the kind words that were shared as fans learned the news and reached out to them.  Obviously, these men and women aren't the only people who have been let go by their employers, but unlike the restaurants, bars, amusement parks, sporting venues and other businesses who have had to close their doors, WWE is continuing to put on shows and make money.  They didn't have to do this.  It's a damn shame.