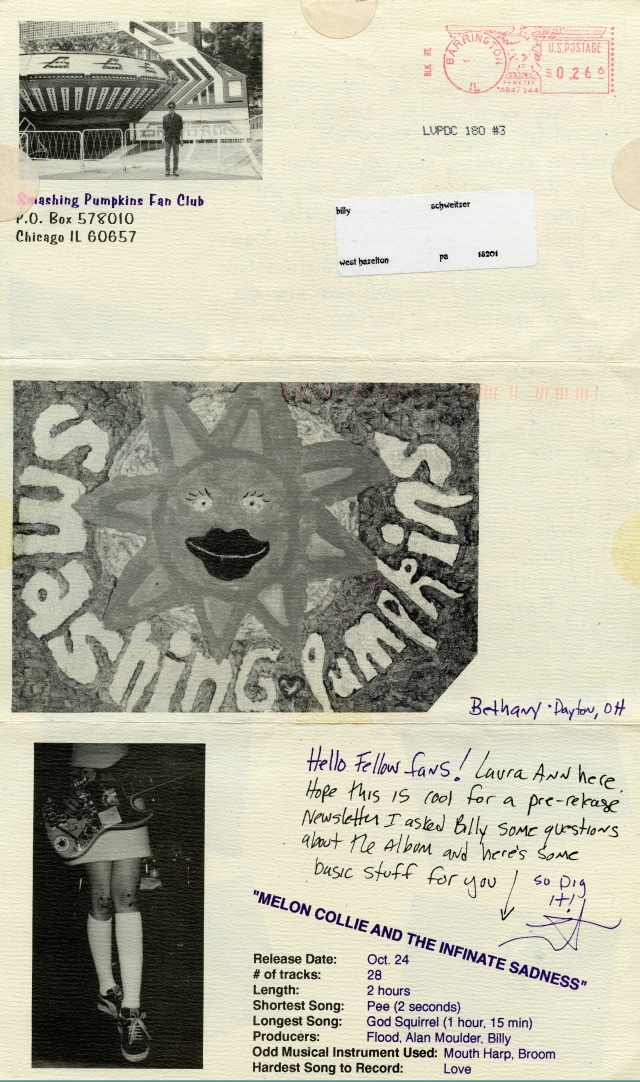 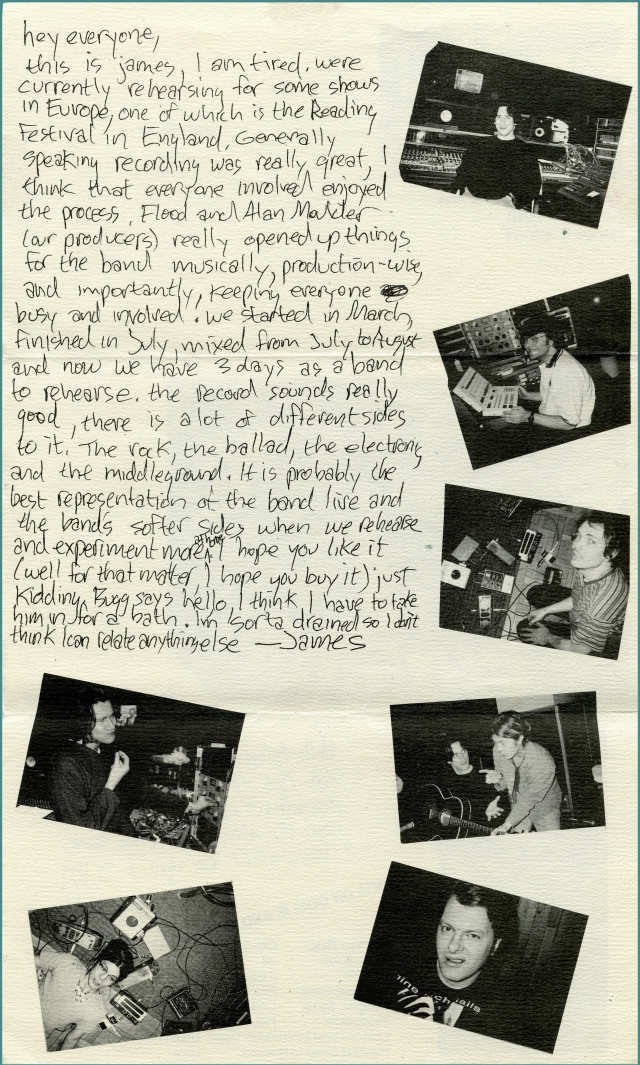 Smashing Pumpkins
Fan Club Newsletter (1995)
When I was a teenager, I was a member of the Smashing Pumpkins fan club.  Once in a while, I received a newsletter in the mail.  This one came out before the release of the Mellon Collie & The Infinite Sadness double album and includes a letter from James Iha.

I don't claim to be an expert on the Pumpkins catalog, but I will say that it's been 25 years and I still don't know what the hell Laura Ann was talking about with the reference to a two second song called Pee and a 75 minute long song called God Squirrel.