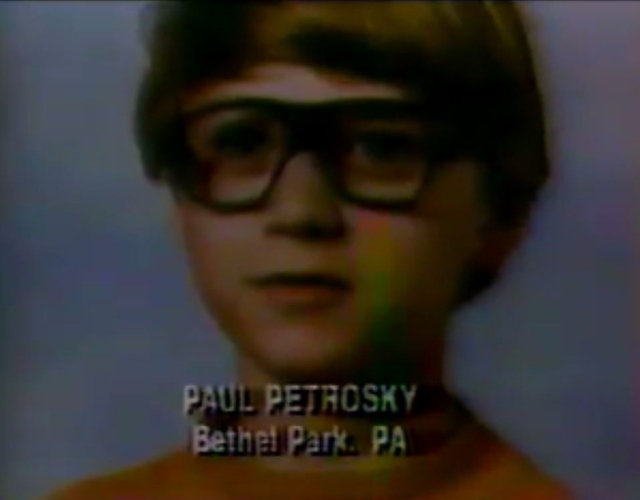 Weird Paul Petrosky
Paul Petrosky, better known as Weird Paul, is a prehistoric vlogger and lo-fi musician.  He is also my new hero.  Paul's family bought their first video camera on September 7th, 1984, and the dude made a ton of recordings of himself, his parents and his brothers and sisters throughout the 80's and early 90's.  He also recorded journal entries and countless hours of television and radio from his childhood and teenage years back in the late 70's and 80's, and he seems to have saved everything in life that has ever brought him joy.

Since 2007, Paul has been sharing videos of happy memories, flea market finds, and other nostalgic goodies, many of which are interspersed with home audio and video recordings.  Although I'm about ten years younger than Paul, we've got the same interests and it's been an incredible trip down memory lane watching his videos.  I spent at least two hours eating a big bowl of ravioli and watching some of them, both from his main channel and his channel of 80's television and found footage.  His albums are available for sale on WeirdPaul.com.  I recommend 25 Lo-Fi Years, featuring the song "Please Don't Break My Atari".