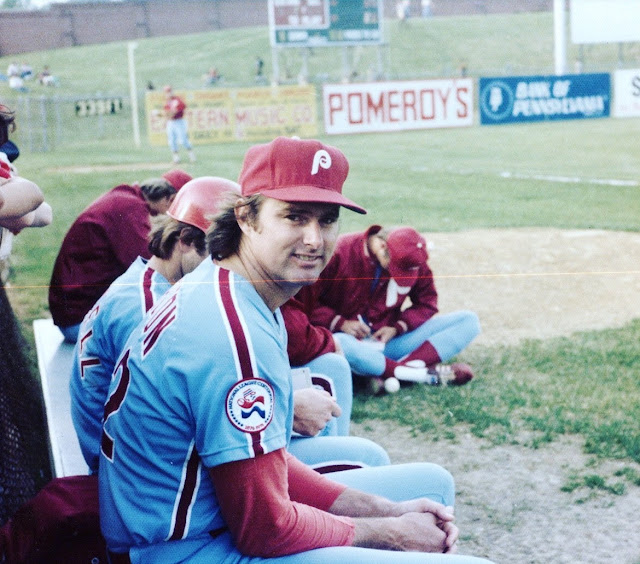 Steve Carlton (1976)
Municipal Stadium - Reading, PA
The Philadelphia Phillies took a trip to Reading to play an exhibition game against their Double A counterparts 44 years ago today.  Both the Philadelphia Phillies and Reading Phillies already had their seasons underway by the second week in May, so this game cut into what would have been a day off for the two clubs.  The Phillies made the best of the situation and had a little fun, including a pinch hitting appearance by manager Danny Ozark in the top of the 9th.  The 52 year old skipper stayed in the game and played first base as Philadelphia capped off a 7-3 victory.