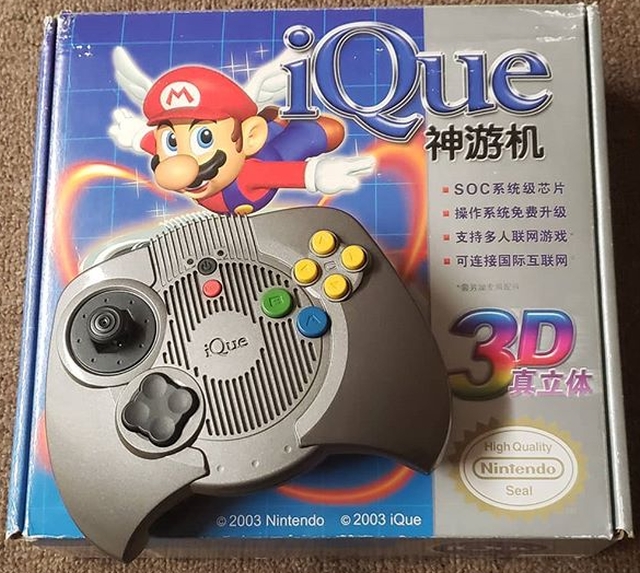 iQue Player
Nintendo / iQue (2003)
At a glance, the iQue Player may look like one of the bootleg plug-and-play consoles that they sell at mall kiosks and shady dollar stores.  You know the ones - they're loaded with 500 games and at least half of them are rom hacks, like Super Mario 14.  However, the Nintendo Seal of Quality on this box is totally legit.  The iQue Player was a Nintendo-licensed console developed by Wei Yen.  It was sold exclusively in mainland China and played N64 games which were stored on flash memory inside of proprietary cartridges.  It's a trivia footnote to western audiences, but the console is being talked about a bit more than usual this week.

A number of credible sources in gaming media have confirmed a Reddit claim that hackers stole over 2 TB of internal Nintendo data from BroadOn, a partner company that helped to develop the Nintendo Wii hardware.  This data allegedly contains detailed information about the iQue Player, but more importantly, it includes the original source code for the Nintendo 64, GameCube and Wii consoles.  The leak also includes game demos, marketing information and other Nintendo documents from the late 90's and 2000's.  It may not be a coincidence that an unofficial PC port of Super Mario 64 was also announced this week.

The emulation scene looks like it's about to get a little more interesting.