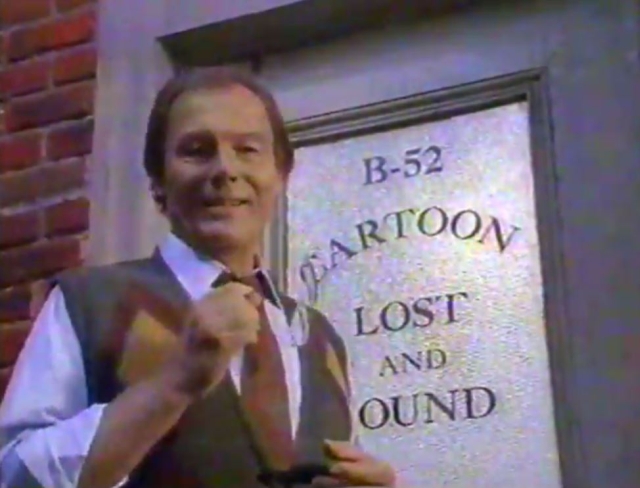 Cartoon Lost And Found
Nick At Nite (1989)
Like most children, I loved watching cartoons when I was growing up.  Every week, I looked forward to Saturday morning when I'd have a big bowl of cereal, my coloring books, and hours of awesome cartoons to enjoy.  When I was nine years old, I saw a show that made me truly appreciate the history of animation, and I knew that I would be a fan of this art form for the rest of my life.  It was a special called Cartoon Lost And Found that aired on Nick At Nite. 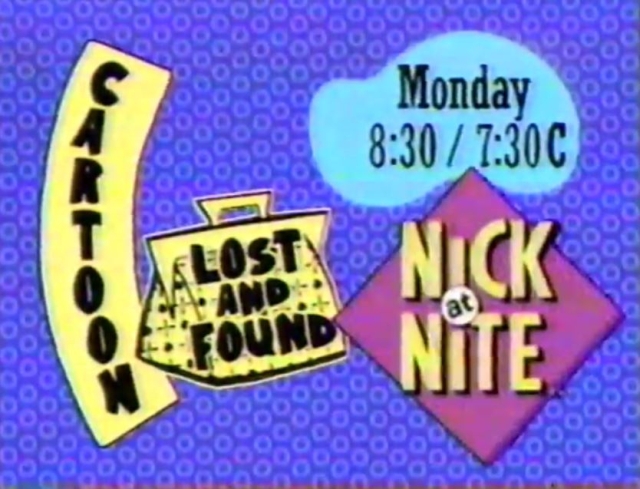 Cartoon Lost And Found stars Adam West in a button down shirt, tie and sweater vest as himself.  To say this is campy doesn't even begin to scratch the surface.  He is at his Adam Westiest.  Within minutes, he reflects on his childhood love of cartoons with a line that you don't often hear on television:


"Puberty hit me like a backstage clown hits a circus pony - repeatedly, and with a big red shoe - but no matter how bad it got, cartoons were a sure cure."

In this show, West runs a lost and found for old cartoons that have been forgotten.  It's part batcave and part dog pound for cartoons.  At one point, he is joined by a young boy who is dressed as his favorite cartoon superhero: The Adapter.  I've never done cosplay before, but if I ever have the opportunity to go to an animation convention, the temptation to show up as The Adapter might be too strong to resist.


Throughout the show, West uses his Series 10 Cartoon Computer, which appears to be hooked up to a modified Commodore 64 keyboard, to play film strips of old cartoons.  This is what truly opened the door for me into a larger world of animation.  Prior to this show, if a cartoon wasn't on television or available to rent at Blockbuster Video, I didn't know it existed.  Keep in mind that this aired in 1989, years before the internet and over a decade before YouTube and streaming video made it possible to find a cartoon from the past in a matter of seconds.  It was the first time I ever saw George of the Jungle, Super Chicken, Tom Slick, Cool McCool, The Mighty Hercules and Courageous Cat, and it was one of the first times I was ever exposed to anime like Astro Boy, Gigantor and Speed Racer. 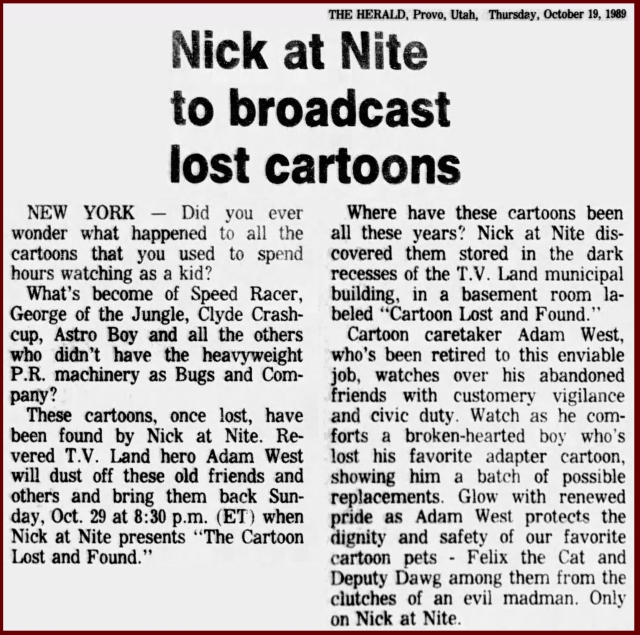 You can see a commercial for Cartoon Lost And Found and the first half of the show on YouTube.  The person who shared this video has it listed as "part one".  Unfortunately, part two either hasn't been uploaded or was taken down.  Since the show is made up largely of miscellaneous cartoon footage, I'm guessing that the owners of one of the properties featured in the second half had the video flagged for a copyright violation.  Hopefully the full show surfaces one of these days.  Until then, we can at least enjoy some of the cheesy joy that Adam West brought to life back in 1989.