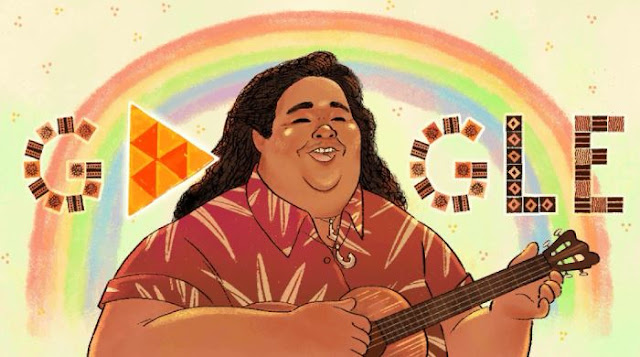 Israel Kamakawiwoʻole
One of the most beautiful musical performances ever recorded almost didn't happen.  It was 1988 and Iz was at club called Sparky's in Honolulu hanging out with a guy who had done business with a nearby studio called Audio Resource Honolulu.  The two men went out to a pay phone at 2:30 am and spoke to Milan Bertosa, who ran the studio on the second floor of the Century Center.  He was closing up shop and told the caller to come in tomorrow.  Iz took the phone and asked "Please, can I come in?  I've got these ideas and I don't want to lose them."  Mr. Bertosa was touched by the singer's politeness and told him that he could have a half hour of recording time if he came to the studio right away.

Iz arrived in time with his ukulele in, sat down at the microphone, said "kay, dis one's for Gabby" and recorded a soft reggae medley of Somewhere Over The Rainbow and What A Wonderful World in a single take.  It was beautifully flawed - he mixed up some of the lyrics and chords, but the imperfections made it perfect because it came from his heart.  The recording was released on a single in 1990 and on his 1993 album, Facing Future.  Both the single and the album would go platinum, and Facing Future became the best selling album of all time by a Hawaiian artist.  According to EMI, his rendition of Somewhere Over The Rainbow is by far the most requested version of the song. 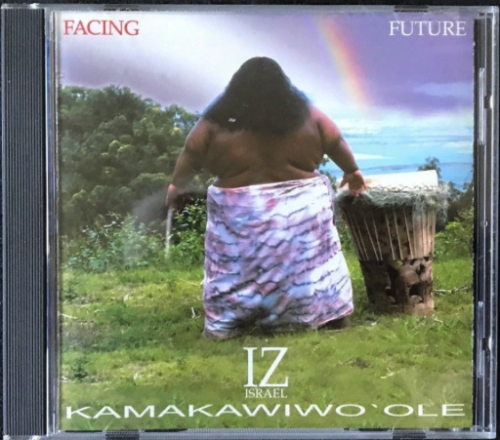 Today, on what would have been his 61st birthday, Google has honored the Hawaiian legend with a doodle.  Please take a moment to listen to his song.  It's been a dark year so far, but for just a few minutes, close your eyes and try to imagine Iz at the studio on the islands in the middle of the night sharing an idea that came to him in a bar, which went on to bring a smile to the face and a tear to the eye of millions in the years since.