Never Tell Me The Odds 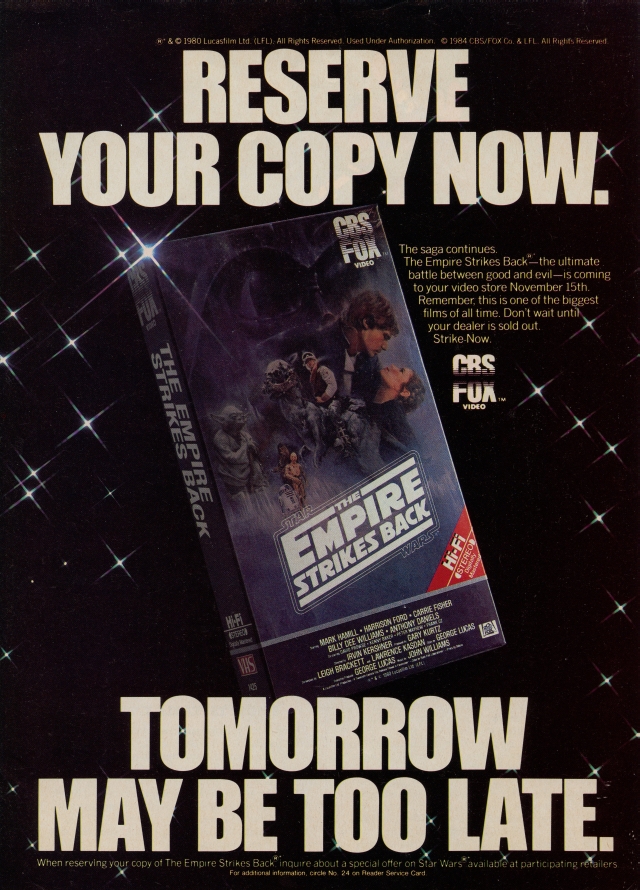 Star Wars: The Empire Strikes Back
CBS Fox Video (1984)
The greatest movie in the Star Wars franchise was released to theaters 40 years ago today.  This advertisement to pre-order a copy on VHS came out four and a half years later on November 15th, 1984.  Back in the 80's, there was a much longer delay between the theatrical release and the home video release of a major film.

It was re-released in just about every format known to man over the past four decades, so I think it's pretty safe to say that tomorrow wasn't too late for anyone who saw this back in '84.