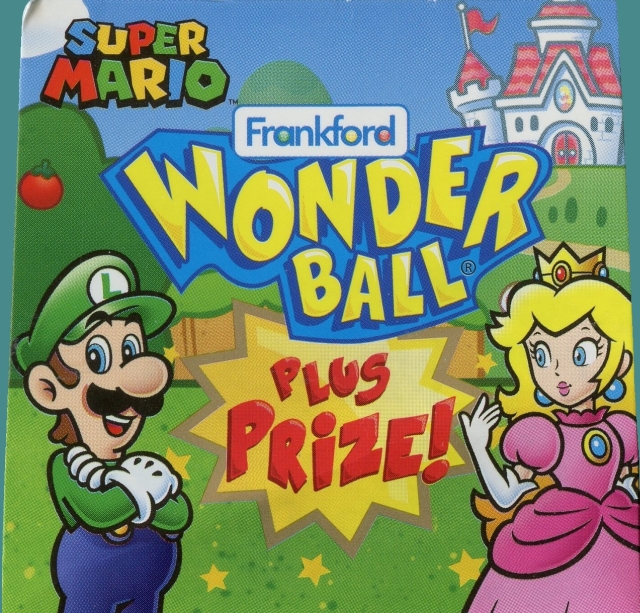 Super Mario Wonderball
Frankford Candy Company (2018)
When I was growing up, the premiums given away to children by food companies were pretty sturdy.  It's not uncommon to see a box at a flea market filled with toys from the 80's or 90's that were included with Happy Meals or in cereal boxes.  Most of the ones I've come across are still in good enough condition to be fun for kids to play with decades later.  The premiums given away by companies these days usually involve a mobile app, but some still have tangible goodies packaged in with their product.  Not too many of them are as cool as what Frankford has packaged with the Wonderball. 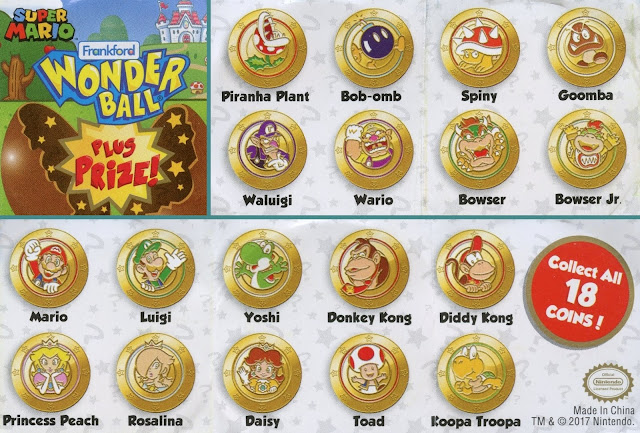 The Super Mario Plus Prize Wonderball comes with one out of a set of 18 collector coins.  Each coin features one of the characters from the Super Mario Bros or Donkey Kong video game series.  The artwork on the coin is embossed and in full color.  Mine came with Yoshi. 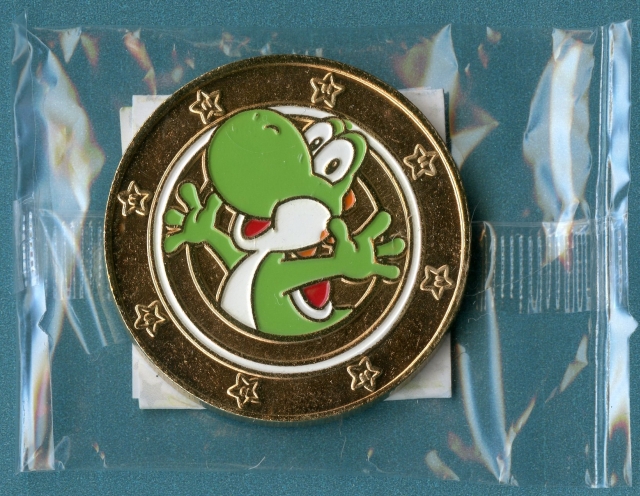 This is one of the nicest collectors coins I've ever seen.  I was expecting aluminum or something like an arcade token at best, but it's quite a bit thicker and heavier than that.  It felt like an actual piece of currency and had ridges along the edge.  These coins have roughly the same weight and feel of a .50 cent coin or the kind of collectible coins that can be found in the gift shops of museums or amusement parks.

In addition to the coin, the Wonderball comes with two stickers.  My stickers were Toad and Princess Peach.

I think I paid $2.99 for this at Weis Market.  Not too bad for a nice Super Mario Bros coin, a couple of stickers, a piece of chocolate and some fruit candy.