The Artwork of Don Ivan Punchatz 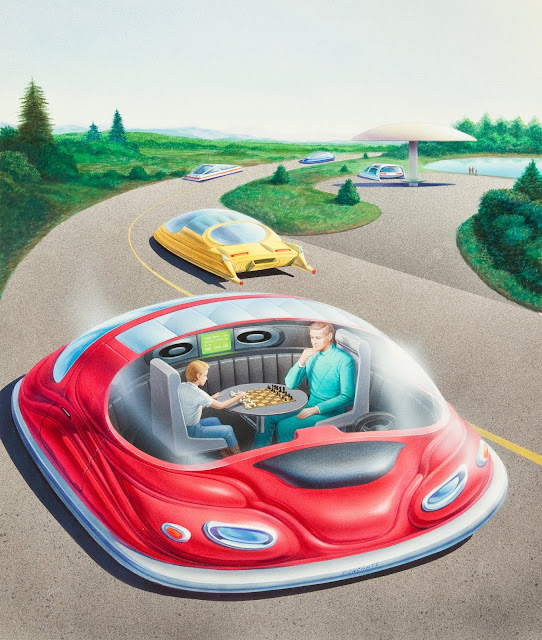 Automatic Transportation
Don Ivan Punchatz (undated)
This self-driving hovercar is making the rounds on Twitter.  The artist was credited, but the name of the piece and its origin was not.  It's called Automatic Transportation and it's an original 12" x 15.5" painting that was signed by artist Don Ivan Punchatz.  It was sold in a 2012 auction to a private collector for under $300, which is a steal.
Although the painting wasn't dated, the artist passed away in 2009 so the piece was completely science fiction when Mr. Punchatz thought it up.  I suppose it's still science fiction unless there's a working prototype for a hover car.  However, I think we're getting pretty close to a time in which self-driving cars are commonplace.  The steering wheel is a nice touch by the artist, showing that the transition to this new future car won't be absolute - at least not at first. 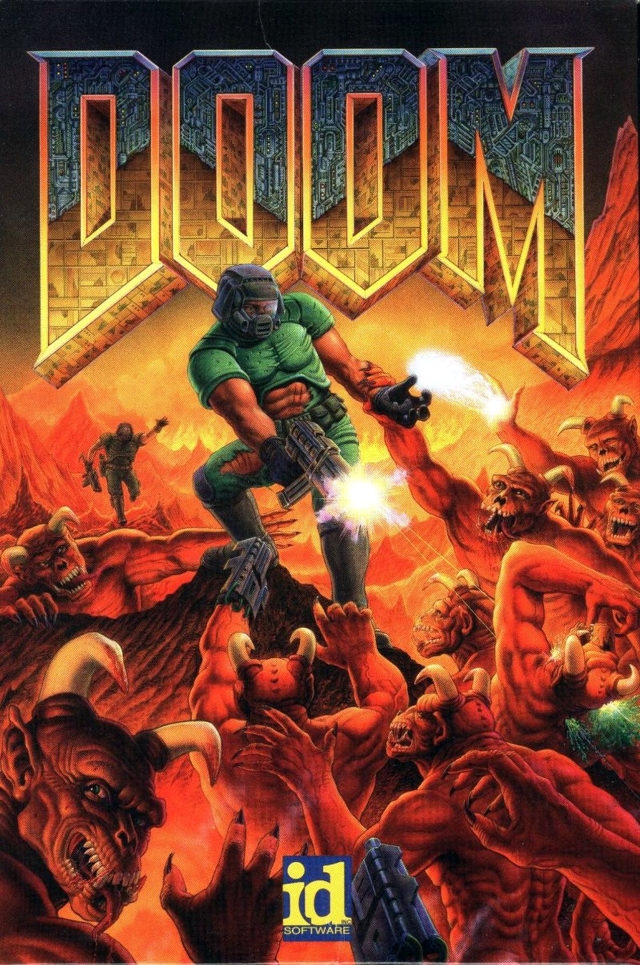 I wasn't too familiar with Don Ivan Punchatz before my research on Automatic Transportation, but it turns out that I've seen his work plenty of times before.  He illustrated the covers of quite a few science fiction and fantasy novels (including some of Isaac Asimov's work), and he is perhaps best known for creating the iconic box art for the 1993 classic first-person shooter, Doom.

I also discovered that some of his artwork was used on Pepsi cartons for their Monster Match promotion in 1991.  Frankensteinia: The Frankenstein Blog did a nice write-up about those pieces in 2010.  They include Dracula, Frankenstein, The Bride of Frankenstein, The Wolfman and The Mummy.  Pepsi also used artwork of The Creature From The Black Lagoon and The Invisible Man from around the same time, but I'm not sure of those two were done by Mr. Punchatz.