The Little Mall That Could 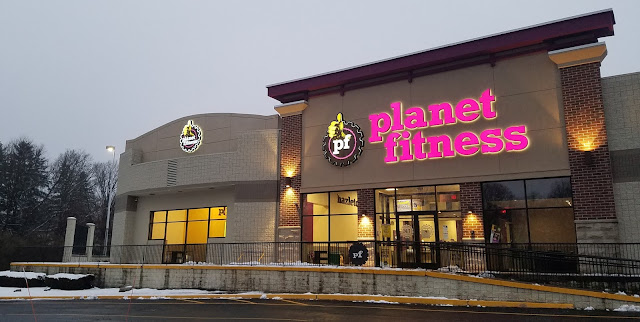 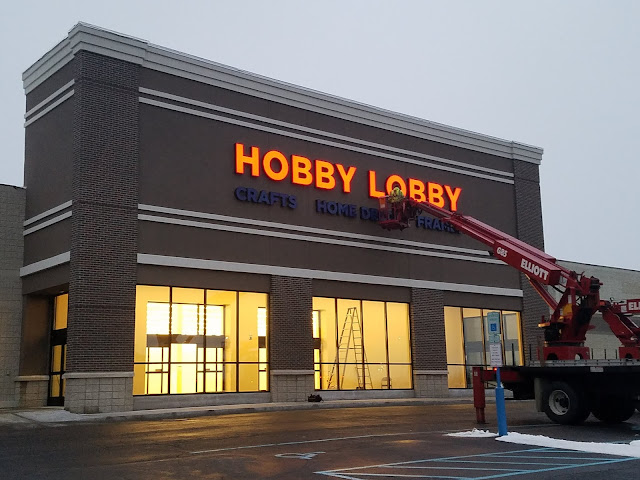 Planet Fitness and Hobby Lobby
Laurel Mall - Hazleton, PA
Today is Friday.  I will be spending this evening like I've spent pretty much every Friday since the pandemic began.  However, if you were to take a trip in a time machine to a random Friday 25 years ago, you would have probably found me at the Laurel Mall.  There wasn't really a lot to do in town.  The kids who were into cars usually hung out at the "The Lot" (the parking lot for Blockbuster video), and the dorks like me spent the evening in the mall - meeting friends, eating pizza at Dino's, playing a few video games at Boardwalk Blvd, listening to music at Camelot and The Wall, looking at rock shirts from Nirvana's Closet, and walking around trying to look like we had any intention of buying things to avoid the wrath of Intrepid Security.  When the place closed, the next stop would be Perkins, where about 100 teenagers would spend as long as we could with a bottomless cup of coffee before getting kicked out.  Many of the malls that were around back in the mid 90's are gone today, but this is yet another instance in which Hazleton is the exception to the rule.
You really have to hand it to the management of the Laurel Mall.  At a time when malls across the country have been dying a slow death even before the start of the pandemic, they're finding ways to not only stay open, but to fill their vacancies with new businesses.  Sadly, one of these new business is a place I will absolutely never spend a dime (hint: it's not the one with the treadmills), but I'm still happy that the small town mall that I grew up with is continuing to defy the odds. 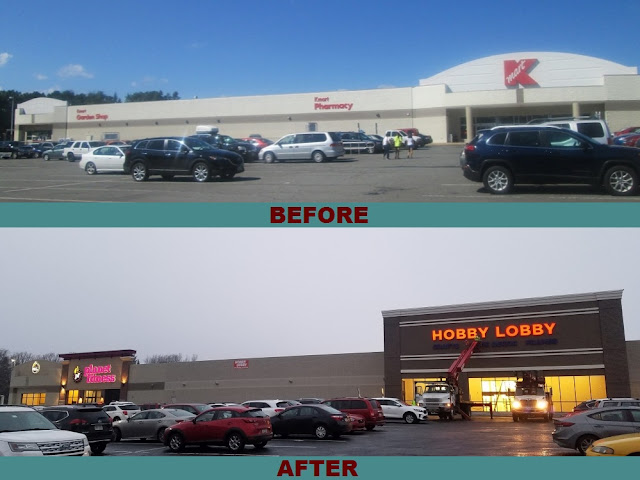 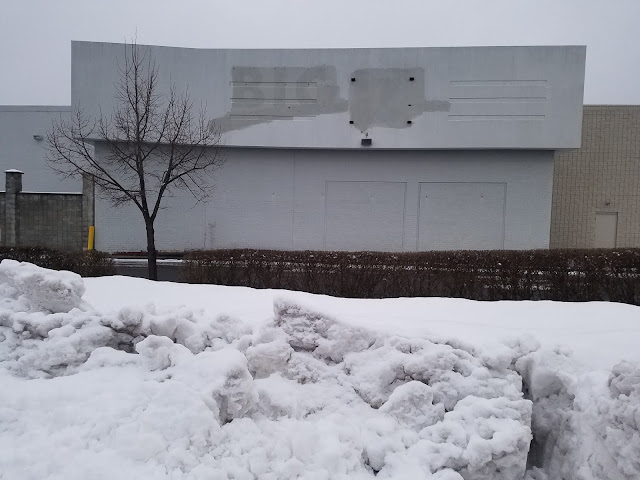 There are still a couple of visual clues of the previous mall occupant.  For example, members of Planet Fitness might wonder why the gym has what appears to be a concrete prison on the left hand side of the building.  It was once the outside portion of the Lawn & Garden department of the Hazleton K-Mart where plants were kept with automatic sprinklers to keep them healthy in the open air during the spring and summer months.  It looked perfectly normal back then.
You can also see the outline of the old "Big K" sign that was removed from the back of the building.