It Hasn't Got A Leg To Stand On 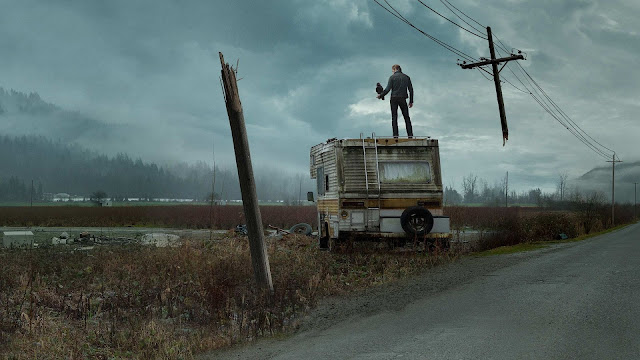 My toughest night as a fan of the Philadelphia Phillies was October 7th, 2011.  It was Game 5 of the NLDS against the St. Louis Cardinals - an elimination game.  The winner moves on in the playoffs and the loser goes home.
The Cardinals scored in the top of the 1st inning.  It ended up being their only run of the game, but it was enough.  Of course, I had no way of knowing that would be the case.  When I watched the Phillies bat in the bottom of the first, I had all the hope in the world, and every reason to believe the Fightin's would pull through.  After all, this was a team that won 102 games during the regular season.  We had Roy Halladay on the mound and a lineup that included Ryan Howard, Chase Utley, Jimmy Rollins, Hunter Pence, Raul Ibanez, Shane Victorino, Placido Polanco and Carlos Ruiz.  Surely they could come back from a one run deficit with 27 outs to work with.  However, the situation grew more tense as each inning passed without the Phillies scoring a run.  The torture continued for over two hours.  It finally ended in the bottom of the 9th when Ryan Howard hit a weak ground ball up the middle and then collapsed with a torn Achilles tendon.  The Phillies lost the game, and they haven't been back to the post season since.
There are nine innings in a ballgame, and there are nine episodes in The Stand miniseries on CBS All Access.  After four episodes, I can say that this show feels a lot like that game in 2011.  With each passing episode of bungled, clunky storytelling, there's less time and fewer opportunities for this to end in a win. 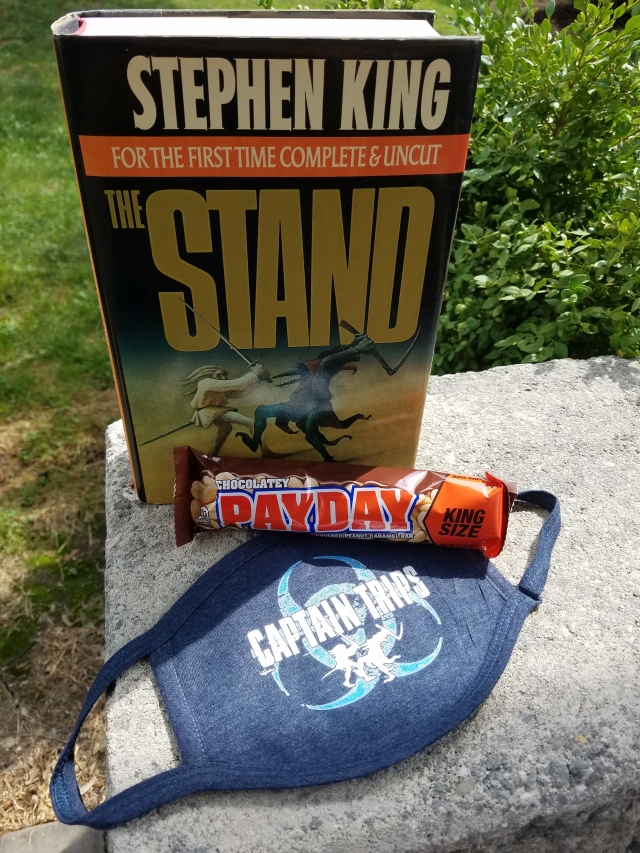 I was truly excited for this miniseries.  The Stand is not only my favorite book; it's my favorite work of fiction in any medium.  To say that it has been a disappointment so far would be a massive understatement.  It's a sloppy mess with character development that has been so poor that it's almost non-existent.  It's not quite as horrible as The Dark Tower movie, but it doesn't even live up to the standards of the 1994 ABC miniseries, let alone do justice to the novel.
Part of the reason for this is that the show's creators decided to try to get cute with the flow of the story.  Rather than tell it as a linear story from start to finish, it jumps all over the place in time.  It seems like the gimmick was used to give the writers an opportunity to gloss over the pandemic and get to the Boulder Free Zone as soon as possible, but that does a great disservice to the story.  The first 230 pages of the novel - nearly 1/5th of the story - is the Captain Trips plague and its effects on the world.  It is the foundation upon which the rest of the story is built.  We are introduced to Stu, Nick, Larry, Frannie and Harold as the pandemic ends the world around them in just under a span of two weeks.  The miniseries hints at this with stunning visual effects and a few clips told in flashback, but it seems like it purposely doesn't tell the full story of the plague.  They decided to skip over the end of the world, and in so doing, they've made the rest of the story far less meaningful.
I'm sure that when the series is over, there will be fan edits that tell the story chronologically, but instead of improving the overall product, I think it will expose the CBS All Access miniseries for what it is: a version of The Stand that has been hacked to pieces, with more holes than a chunk of Swiss cheese, and with characters who were written with very little concern for the source material. 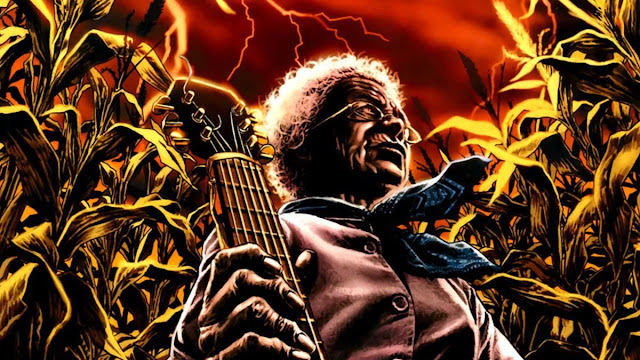 First of all, the Mother Abagail of the novel is a bad ass.  She is 108 years old and still makes her own biscuits in her farmhouse.  She also pumps her own water from the well, and kills her own chickens for her supper.  She is not a helpless old lady in a Colorado nursing home who is waiting for Nick to rescue her before she runs out of her pills, as this new miniseries would have you believe.  She also did not crave power and would never have been so arrogant as to refuse to speak to her neighbors in Boulder, insisting that they go through Nick.

Likewise, Fran Goldsmith is not the damsel in distress that she has been portrayed to be in this miniseries.  The Frannie in the novel would never attempt suicide, especially knowing that she is pregnant.  She may be intimidated by her mother in the parlor, but she is a strong, confident woman who knows what she wants and stands her ground to make sure that she gets it, or at least that her voice is heard, loudly and clearly. 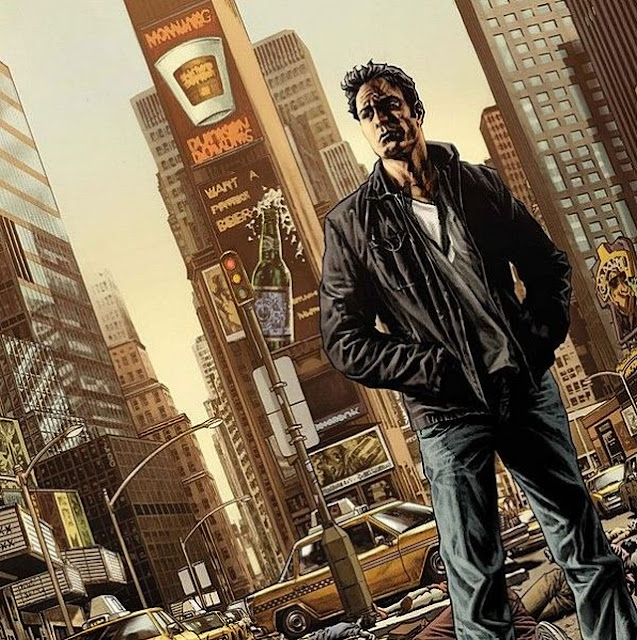 The worst injustice so far has been what this miniseries has done to Larry Underwood.  I'm left to wonder why they even bothered to include Rita Blakemoor in this adaptation.  The whole point of her character is to show Larry's growth from a selfish boy in a man's body into an honorable man who has come out the other side as a father to Leo, a husband to Lucy, and a leader to the Boulder Free Zone.  The Larry Underwood of the novel may have showed off by playing the Star Spangled Banner on guitar from the roof of his house in the world before Captain Trips, but that Larry was gone by the time they got to Boulder. 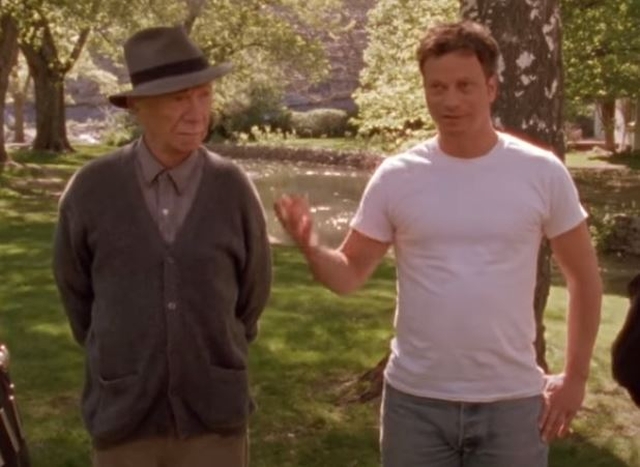 Like most of the others, the characters of Glen Bateman and Stu Redman have been cut down to the bone.  The 1994 ABC miniseries may not have been a perfect adaptation of the book, but it does a good job of capturing the bond of friendship between the old bald-headed sociologist and the good ol' boy from a dying East Texas town.  The 2020-21 miniseries barely does enough to make them acquaintances.
They started off by short changing the story of who Stu was in Arnette, Texas.  They then included a friendship between Stu and one of the plague center doctors, which was actually a pretty good addition to the story.  However, since that time, the character has been flat out boring and bears only a faint resemblance to the Stu of the novel.  He has no chemistry with Glen, or Fran, or anybody else.  He's just a generic guy in charge.
Glen is my favorite character of the novel, and while the 1994 miniseries cuts out quite a bit of what made him special in the novel (such as his theories about how society would come together after Captain Trips), the new miniseries seems like it wrote a brand new character from the ground up and just decided to call him Glen Bateman.  Frankly, if they were going to play him like this, they might as well have cut the character from the story altogether. 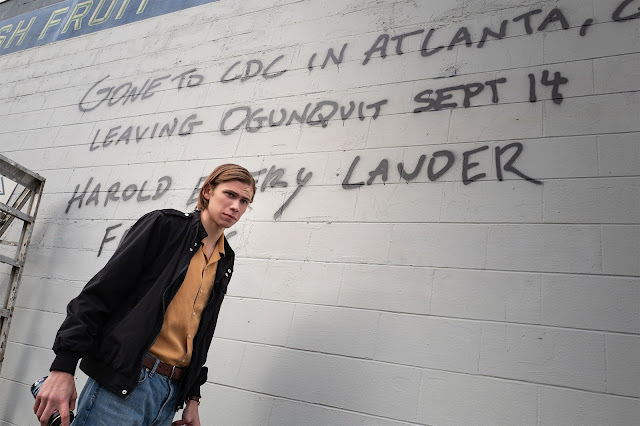 The only character that has been given any significant depth after four episodes is Harold Lauder.  In fact, if you've started watching this miniseries without ever reading the book or seeing the 1994 miniseries, you might think that he was the main character of the story.  In all fairness, Owen Teague has done a fantastic job in the role.
In fact, I don't think there's anything wrong with any of the acting performances so far.  They're just written so badly and so far from the source material that it has killed much of what makes The Stand such a fantastic story.  There's nothing to connect to with most of these characters.  There's no depth, no heart, no connections to each other or to the viewer.  Take Ralph Brentner: in the novel, he's a middle-aged, blue collar, salt-of-the-earth guy with a heart of gold who loves Mother Abagail like she was his own mother.  That character was replaced by "Ray" Brentner, who has had maybe a dozen words of dialogue total, and whose entire role thus far has been reduced to Queen's Guard to Mother Abagail - an extra who could just have easily appeared in the credits as "doorwoman with gun".
There are things that have been done well.  The choice of music has been excellent (though I do miss the haunting score of W.G. Snuffy Walden), and the visual effects have been quite good.  They didn't cheap out, that's for sure.  However, the writing and the story structure have made this really difficult to enjoy.  This is not The Stand.  It's some guy monkeying around with The Stand, and trying to add his own little twist on it, and screwing it up royally in the process.  It's such a shame.  This could have been great.